General Haftar met with the leaders of the Tuareg tribes 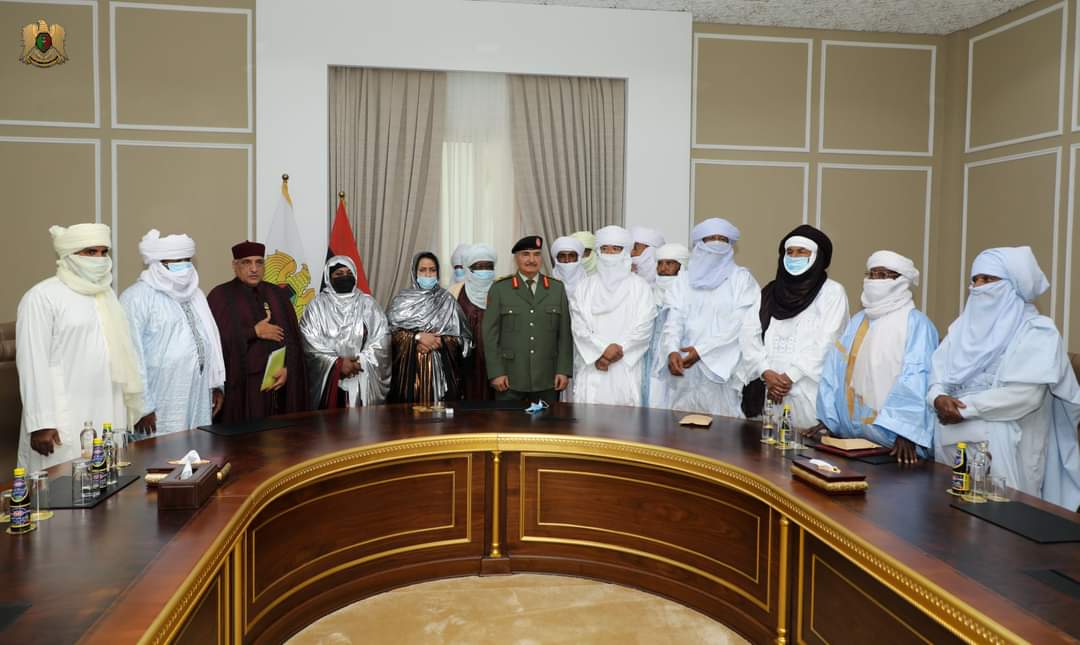 ISWNews Analysis Group: The commander of the Libyan National Army, General Khalifa Haftar, met with a number of Tuareg tribal elders in Benghazi.

The Tuareg tribes have previously tried to be cautious and neutral in the Libyan civil war; however in some cities, such as the city of Obari, they supported the Government of National Accord (GNA) and in the southeastern regions, they announced their support for the Libyan National Army (LNA).

The Tuaregs, who make up less than 8 percent of Libya’s population, are one of the country’s main tribes, and the GNA and the LNA, as the two main parties in the Libyan war, are working hard to gain their support.