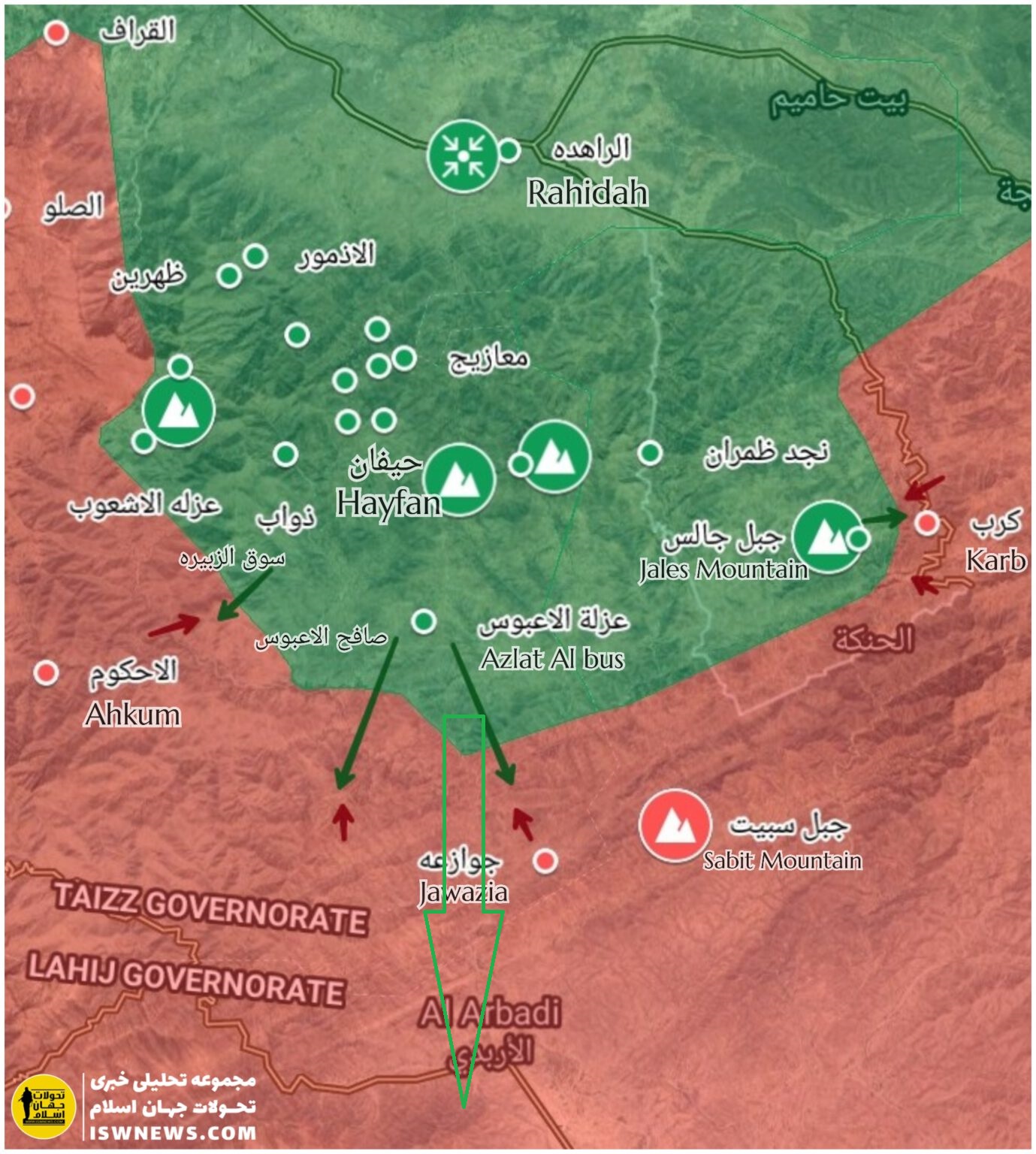 ISWNews Analysis Group: Ansar Allah advanced in the southeastern regions of Taiz province, approaching the Aden-Taiz road and there is a possibility that this route will be cut off.

Mansour Hadi’s forces attacked Ansar Allah positions in north al-Ahkum front and Zabairah al-Qadas in Taiz province, as well as in the Karb area in Lahij province, which were repulsed by Ansar Allah.

If Ansar Allah advances towards the Taiz-Aden road, all the main roads leading to the city of Taiz will be cut off by and the siege of Taiz will be completed. However, it does not appear that Ansar Allah’s aim in these attacks was to impose a siege on Taiz; Rather, reducing the pressure of Mansour Hadi’s forces on the western and northern fronts of Taiz has a higher priority.