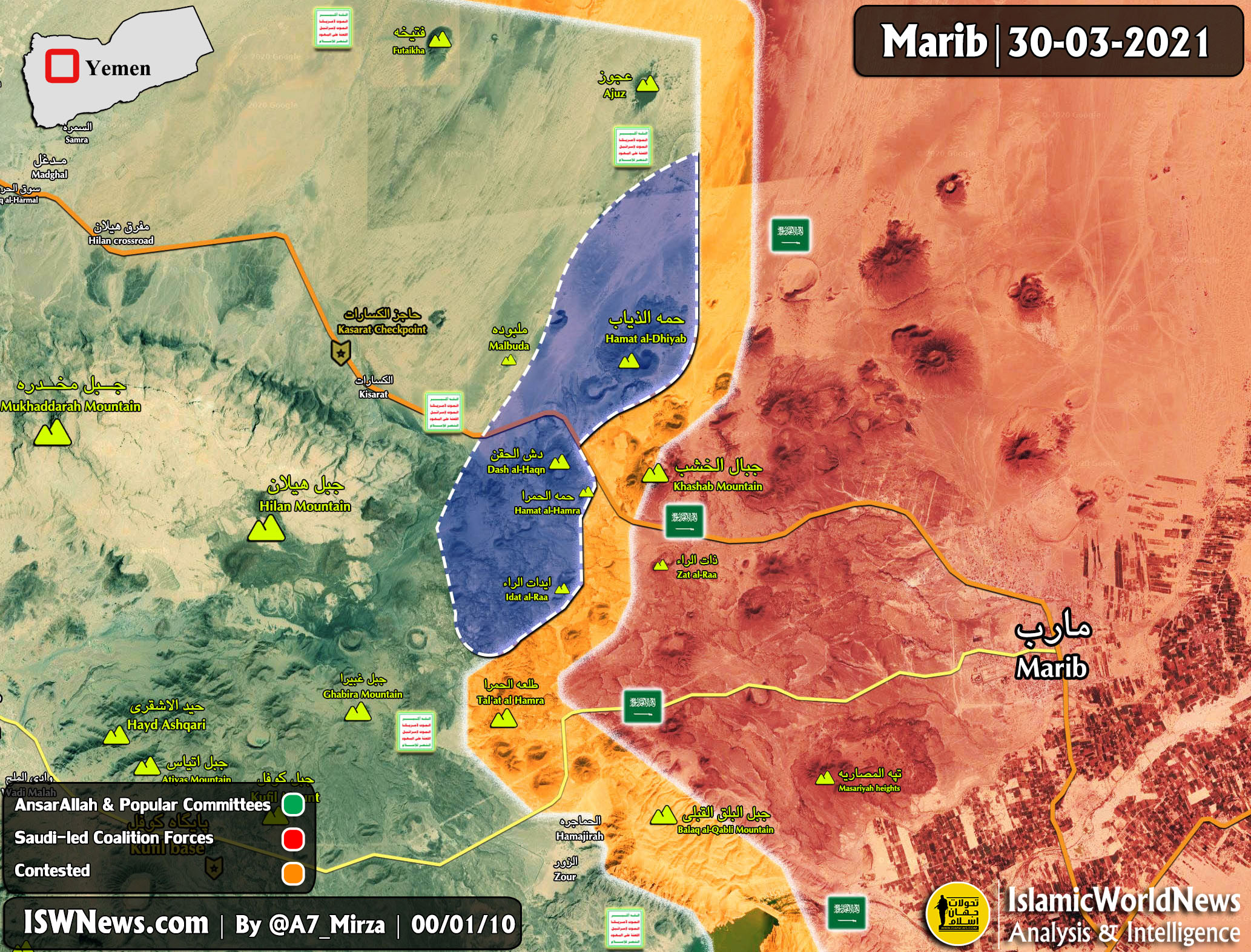 According to the latest news and the information received by ISWNews, Ansar Allah has succeeded in liberating the areas of Hamat al-Hamra, Hamat al-Dhiyab, Dash al-Haqan and Idat al-Raa in Marib province.

On the southern front of Tala al-Hamra, the attack of Mansour Hadi and al-Qaeda forces was repelled by Ansar Allah, and some of Saudi-led forces were surrounded by Ansar Allah in the area.
Saudi coalition warplanes have also bombed Sarwah district 15 times and Madghal district three times in the past 24 hours.