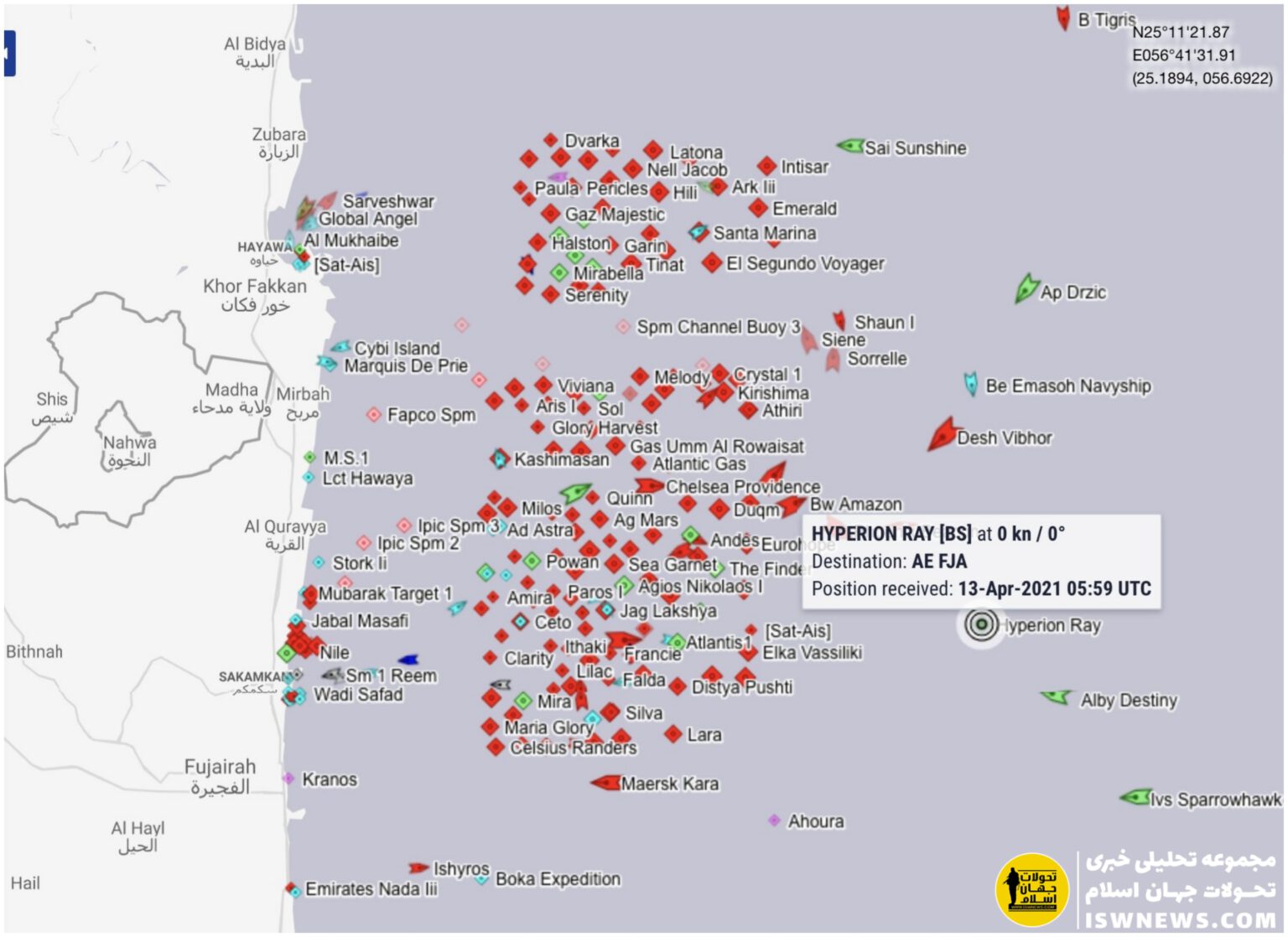 ISWNews Analysis Group: The Israeli-owned Hyperion Ray ship was attacked off the coast of the UAE port of al-Fujairah.

The Israeli regime media claimed that a missile hit the Hyperion Ray ship, and some media outlets have blamed Iranian drones for the attack.

The Hyperion Ray ship belongs to an unknown Zionist company, and the name of the owner of this ship is also unknown. The ship was built in 2015 and has a carrying capacity of 20,903 tons. The length of this ship is about 200 meters and its width is 35 meters.
The Hyperion is sailing with the Bahamas flag and is carrying vehicles. It is also said that the ship was attacked while traveling off the coast of the port of al-Fujairah in the UAE and the crew of the ship was not injured. The ship suffered heavy damage and, according to Zionist media reports, the side and top of the ship’s waterline were damaged.