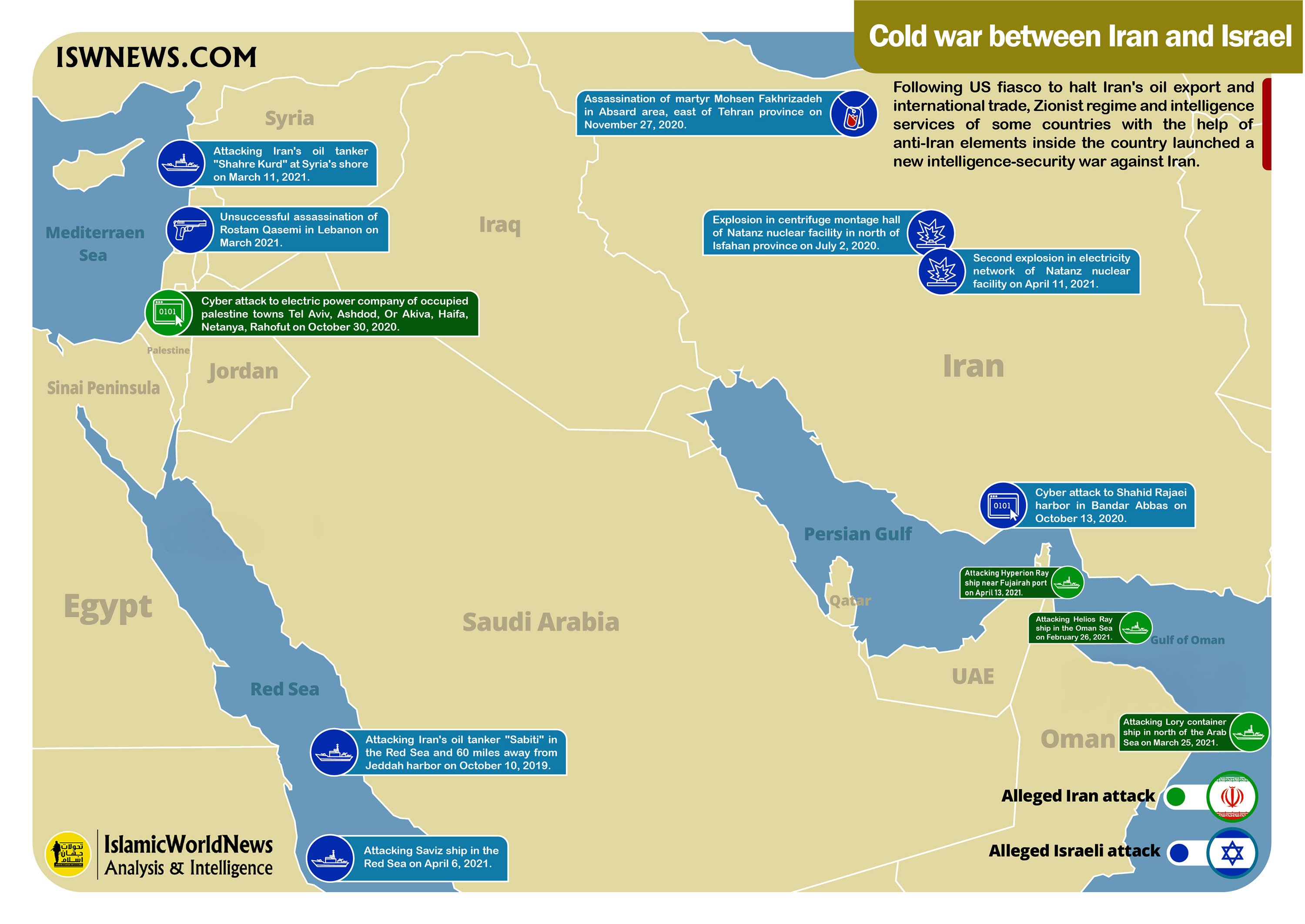 Following US fiasco to halt Iran’s oil export and international trade, Israeli regime and intelligence services of some countries with the help of anti-Iran elements inside the country launched a new intelligence-security war against Iran.

Despite Israel sabotages actions in Syria and while many Israeli attacks in Syria have gone unanswered, Iran has refused to withdraw its forces from Syria, and the Israeli regime’s efforts to drive Iran out of Syria have been virtually fruitless. This issue reached its peak in the last two years after the failure of the plan to prevent the export of Iranian oil and to reduce the sales of Iranian oil to zero, and we witnessed the culmination of this story in the case of sending Iranian tankers to Venezuela. This has once again led to the intensification of an intensified intelligence-security war against Iran, and the difference from previous years is that Israeli military strikes coincide with this intelligence war.

Given the trend of these developments, it seems that in the coming days we will see more confrontation between Iran and Israel in the field of maritime, cyber and especially intelligence-security. The scale of this war could also be extended to other countries, especially Syria, which makes the confrontation between Iran and Israel more difficult. Despite the political and economic hardships and constraints that the United States and the West have imposed on Iran during the difficult times of coronavirus, Iran will certainly not be immobile in the face of Israeli attacks and sabotage and will respond to Israel.