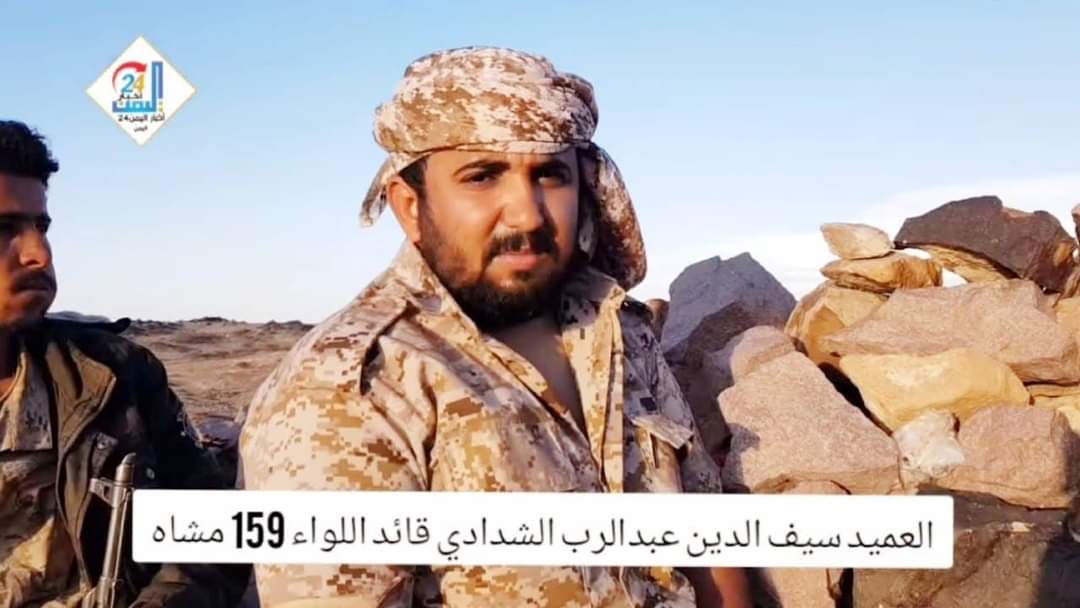 The Saudi-affiliated media claimed that he had died of coronavirus disease, but some local sources reported that he was wounded in a battle with Ansar Allah in recent days.

Saif al-Din al-Shadadi commanded the Saudi coalition forces (Mansour al-Hadi, al-Qaeda, and anti-AnsarAllah tribes militants) on the al-Abdiya front and played a crucial role in support of Yasser al-Awadi intrigue in the Radman district and strengthening the terrorist groups of al-Qaeda and ISIS in the northern province of al-Baydha.

He was the son of Major General Abdul Rab al-Shadadi, one of the founders of the armed forces under Mansour Hadi and the first commander of the Third Military District in Yemen. Abdul Rab al-Shadadi was also killed by Ansar Allah in October 2016 in the Sarwah front.