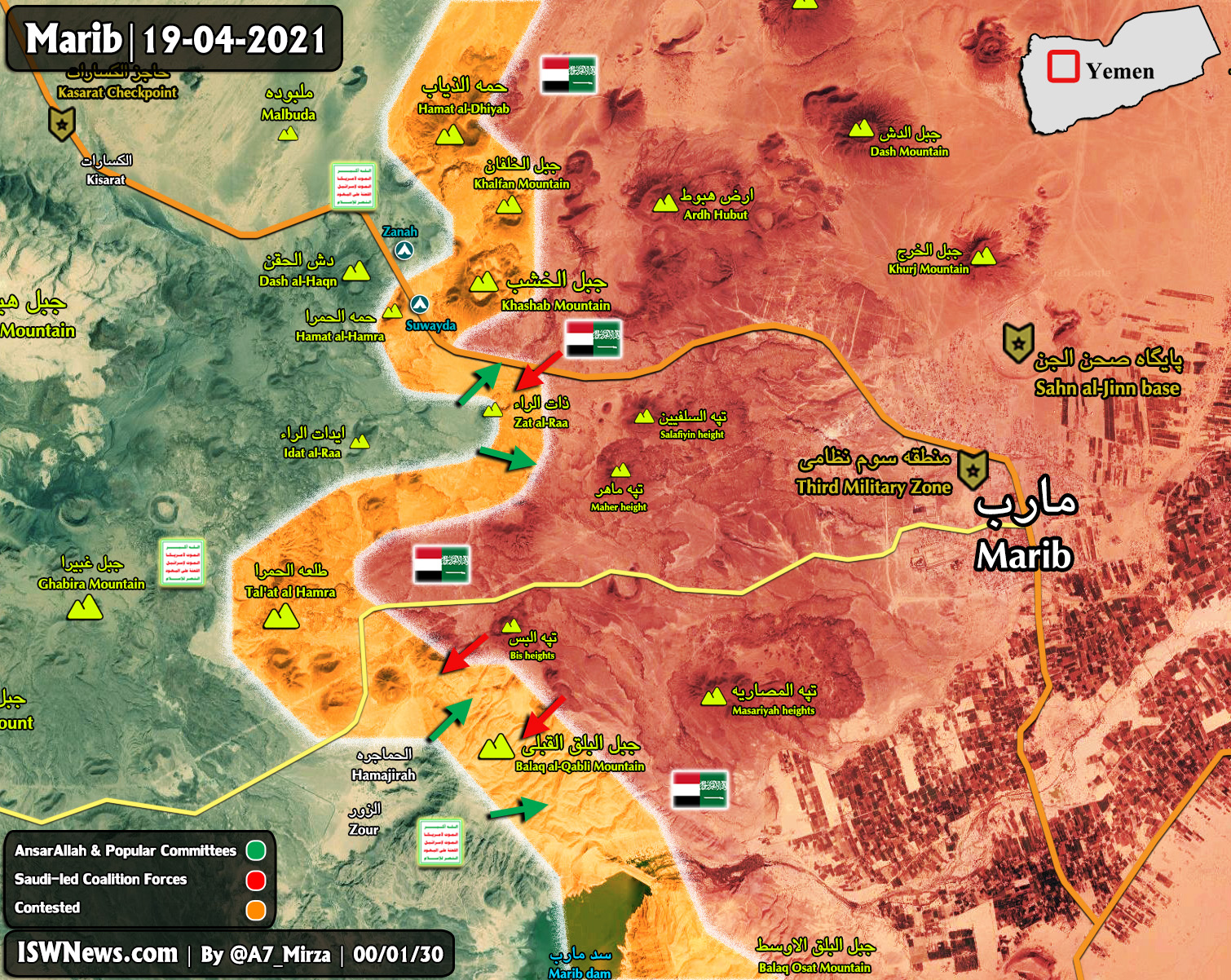 ISWNews Analysis Group: Ansar Allah has succeeded in liberating the Zat al-Raa area, and clashes continue in other areas west of the city of Marib.

If Ansar Allah’s positions are stabilized in Zat al-Raa, the possibility of the withdrawal of the Saudi-led forces from Tala’at al-Hamra and al-Suwaida camp is very high, and these retreats will pave the way for the liberation of al-Khashab, Hama al-Ziyab, Khalfan and other heights in the region.

Also, according to the ISWNews field sources, the liberation of the al-Balaq al-Qabli mountain on the outskirts of the Marib Dam has not yet been completed and clashes continue.

If Ansar Allah progress is stabilized, the Saudi coalition will have only one more defensive line in west of Marib, and clashes could reach on the southern and northern fronts of Marib city.