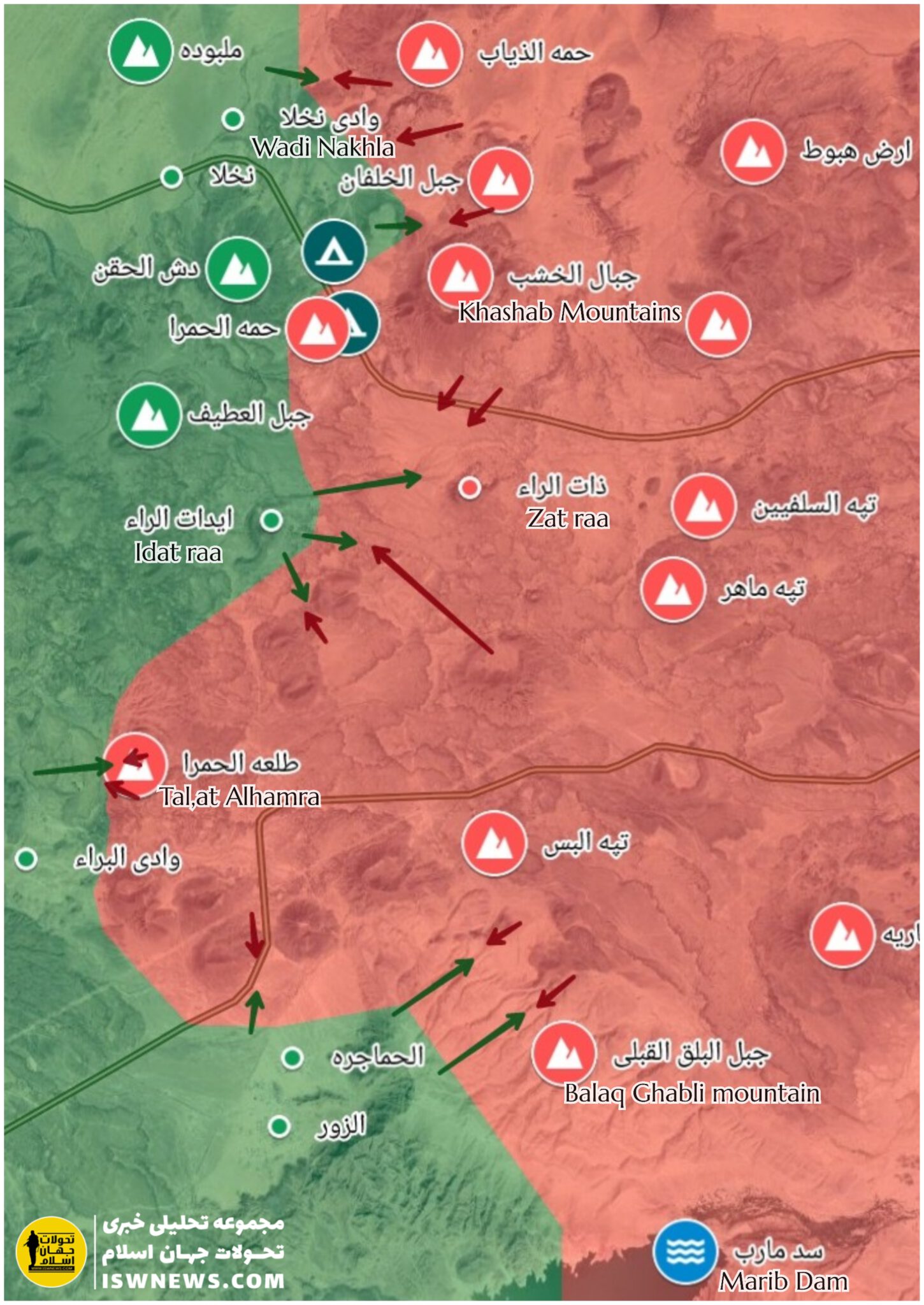 According to the latest updates on Marib front, Mansour Hadi’s forces, under heavy support of Saudi coalition warplanes, launched attacks against Ansar Allah positions in Wadi Nakhla, Zat al-Raa and Idat al-Raa which resulted in Ansar Allah’s retreat from Zat al-Raa but Saudi-led forces could not stabilize their control on the area either and conflict continues.
On Balaq mountain front, conflict continues and in despite the news of liberation of the heights of the area, Ansar Allah has not liberated Balaq al-Qabli mountain yet.

Local sources according to Marib inhabitants, reported that the hospital and clinics closed their doors on the civilians and the coalition casualty reached 80.
The resigned government (of Hadi) officials in Marib reported of the Resistance counselors at Marib fronts and Hezbollah casualty in the conflict, which cannot be correct due to lack of evidence as always.

Ansar Allah needs to activate the northern and southern fronts of Marib town to liberate it. The reason is not that Mansour Hadi is deploying troops from other provinces such as Shabwah and Abyan to Marib, along Al Qaeda and ISIS terrorists to fight with Ansar Allah, but Saudi coalition defense wall on the west of the town including natural terrain, barbed wire, mine and booby traps fields.