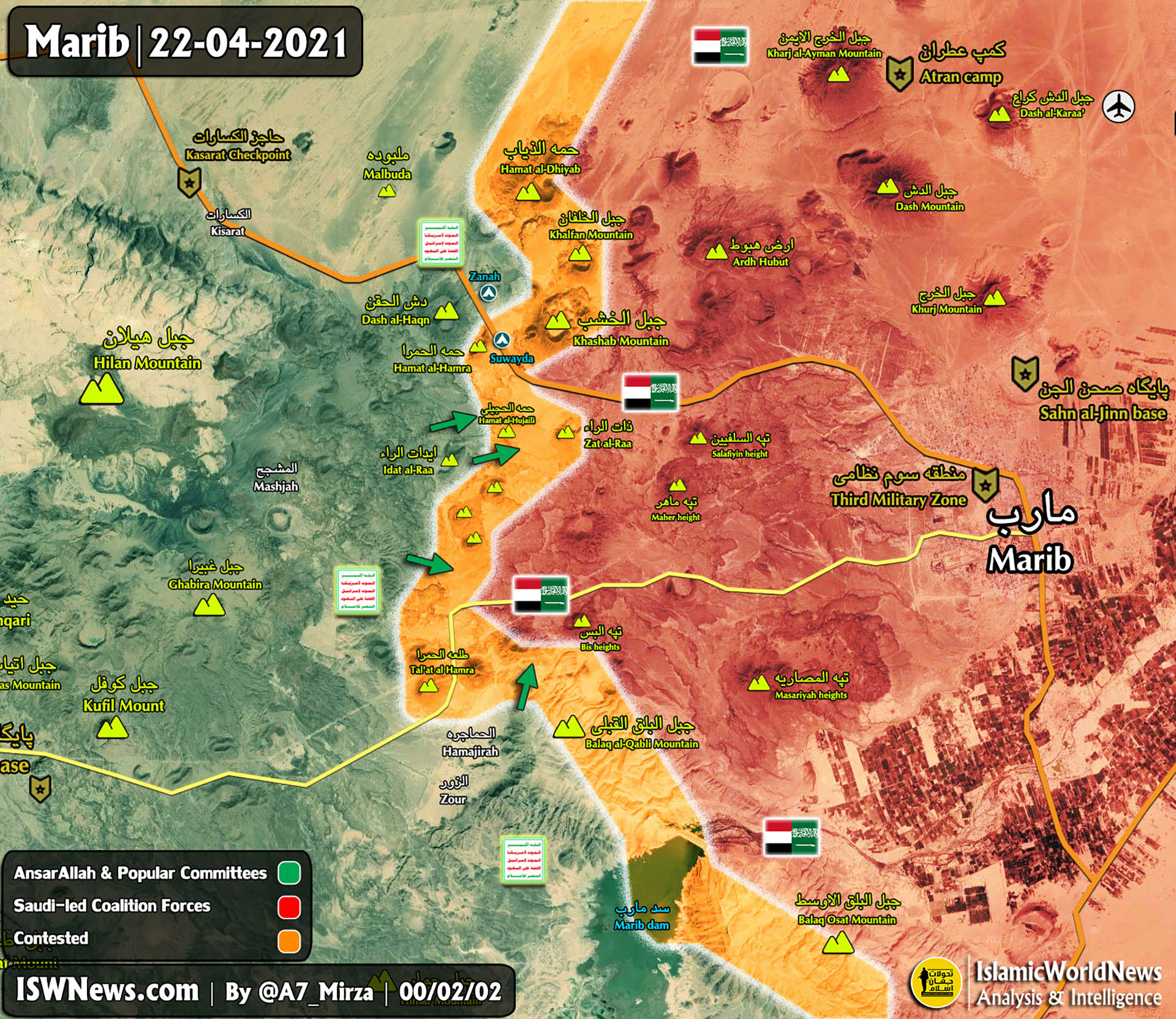 ISWNews Analysis Group: Ansar Allah has launched a heavy offensive against the positions of Saudi-led forces in the Zat al-Raa and Talaat al-Hamra areas on the eastern front of the Sarwah district.

The strong defense of the Saudi coalition in these areas depended on the presence of the terrorist groups such as Al-Qaeda and ISIS, as well as the heavy bombardment of Saudi warplanes and etc. But Ansar Allah’s attack today is different and most of clashes are focused on Zat al-Raa and Talaat al-Hamra fronts. AnsarAllah is pushing forward…