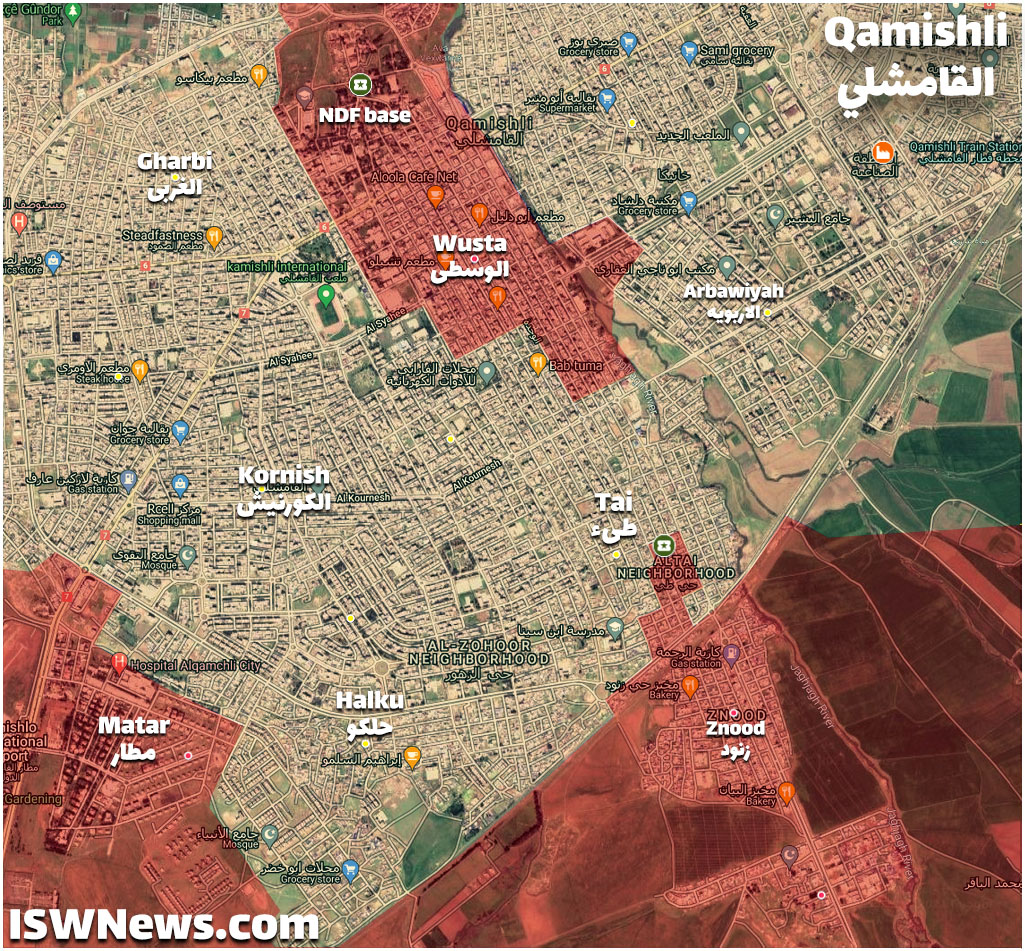 ISWNews Analysis Group: Following the agreement reached in the city of Qamishli, Syrian National Defense Forces withdrew from most of al-Tai neighborhood.

On April 26, a final agreement was reached between the National Defense Forces (NDF) and Asayish (YPG internal security forces) in Qamishli. According to the agreement, mediated by the Russian military police and the Syrian Democratic Forces, the NDF withdrew from al-Tai neighborhood, except the Abbas Alawi school which is remained as the security center of the Syrian army in the al-Tai neighborhood and few blocks in the south of the neighborhood.
The NDF also withdrew from the southern part of the Halko neighborhood, where it had advanced in recent battles.

Following the agreement, residents of al-Tai neighborhood, who had fled the area due to the clashes returned to their homes.

According to available information, the Russian military police will conduct patrols in the city of Qamishli to observe the ceasefire agreement.

One of the sources of developments in the Islamic world in Syria also stated that Syrian security police forces (affiliated with the Syrian government) will be deployed in al-Tai neighborhood to monitor the implementation of the ceasefire.

A source in Syria told ISWNews that Syrian security police forces (affiliated with the Syrian government) would be stationed in the al-Tai neighborhood to monitor the implementation of the ceasefire.

Clashes began on April 20, when one of the Asayish commanders, Khalid Haji was killed in an exchange of fire between Asayish and NDF at checkpoint in the city of Qamishli. After this incident, the Asayish forces attacked al-Tai neighborhood and took control of parts of this neighborhood.