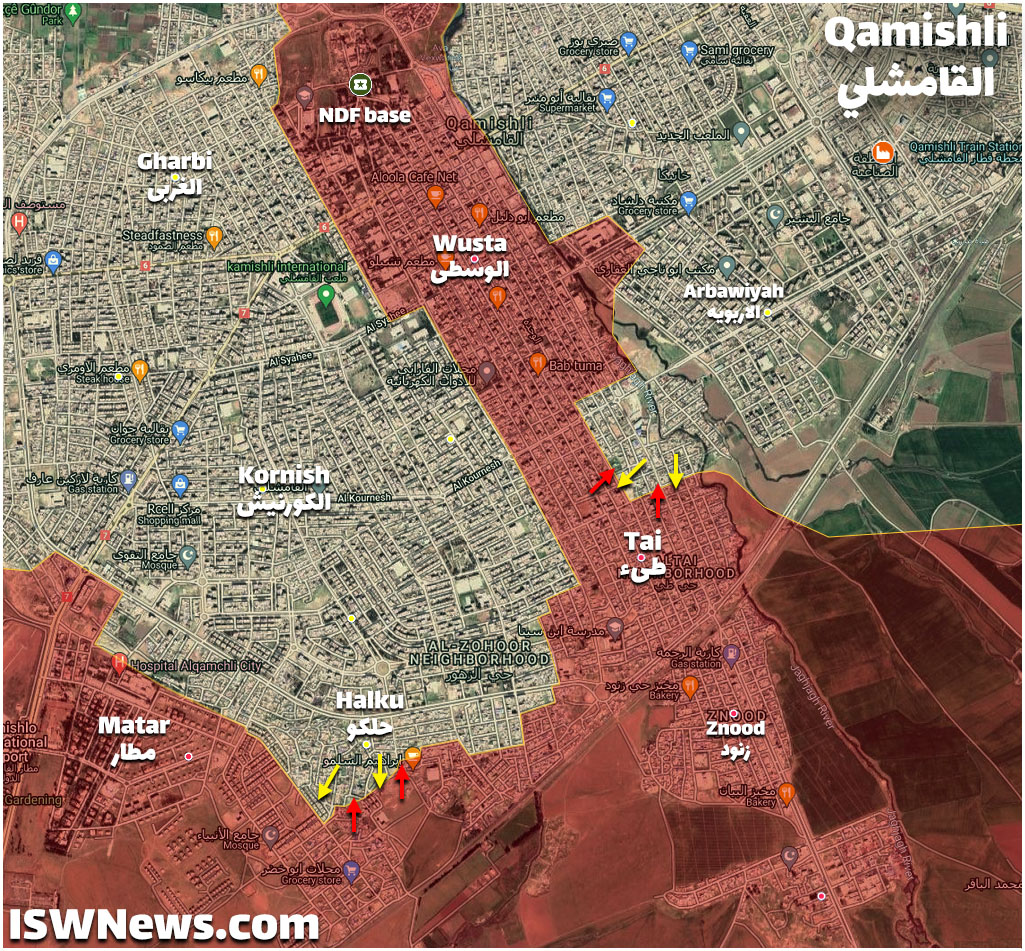 After sporadic clashes between YPG and Syrian National Defense Forces (NDF) in several neighborhoods of Qamishli city in Hasakah province, informed sources reported that a meeting was held between Syrian Army and YPG commanders mediated by Russian military police at Qamishli Airport.

According to field sources, the result of the meeting mediated by the Russians was the announcement of a ceasefire until 10 am tomorrow (Saturday), but sources close to Asayish claimed that after the agreement, an RPG was fired at YPG forces by the NDF Forces.

Consecutive meetings will be held in the presence of Asayish commanders (YPG internal security) and the NDF commanders under the supervision of Russian forces until a permanent ceasefire is reached in Qamishli.

Clashes in Qamishli erupted after Asayish forces stormed an NDF checkpoint and shootings at them. After the incident, YPG forces attacked areas in the city of Qamishli in order to gain control of some areas, which were met with resistance from NDF forces.