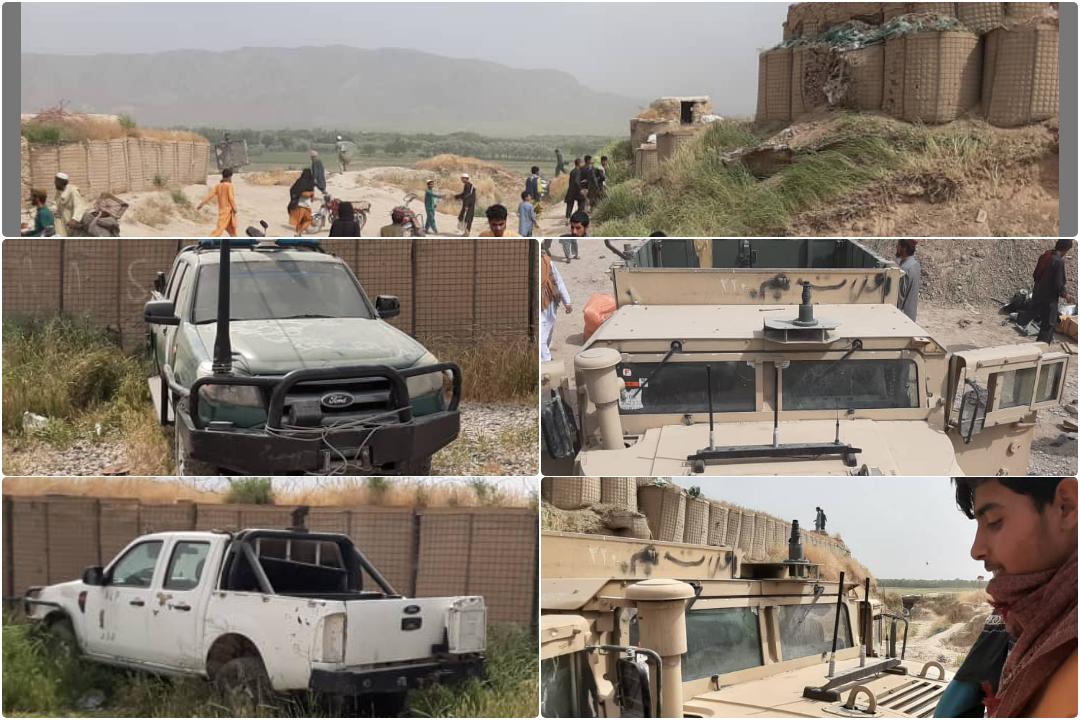 1- According to the Afghanistan Ministry of Defense, 80 Taliban members were killed and 59 others were wounded in the past 24 hours in Ghazni, Logar, Zabul, Herat, Farah, Helmand and Baghlan provinces. Also, 115 explosive traps and roadside bombs were discovered and defused by the army.

2- Baghlan:
– The Taliban claimed to have captured the district of Burkah. Local officials are said to have left the district’s administrative buildings after a two-year siege, and the Burkah has been captured by the Taliban without a fight. (image)
– At least nine security personnel have been killed and 16 others captured during Taliban attacks on a checkpoint on the outskirts of Baghlan. The Taliban also looted seven Humvee armored vehicles.
– As a result of the heavy Taliban attack on Alingar area, several villages have been captured by this group.

4- Farah:
Following the Taliban attacks on Army positions in Bala Buluk, 13 members of the army were captured by the Taliban.

5- Takhar:
11 members of the security forces were killed and four others were wounded during clashes between the Taliban and the army in the districts of Taliqan and Darqad.