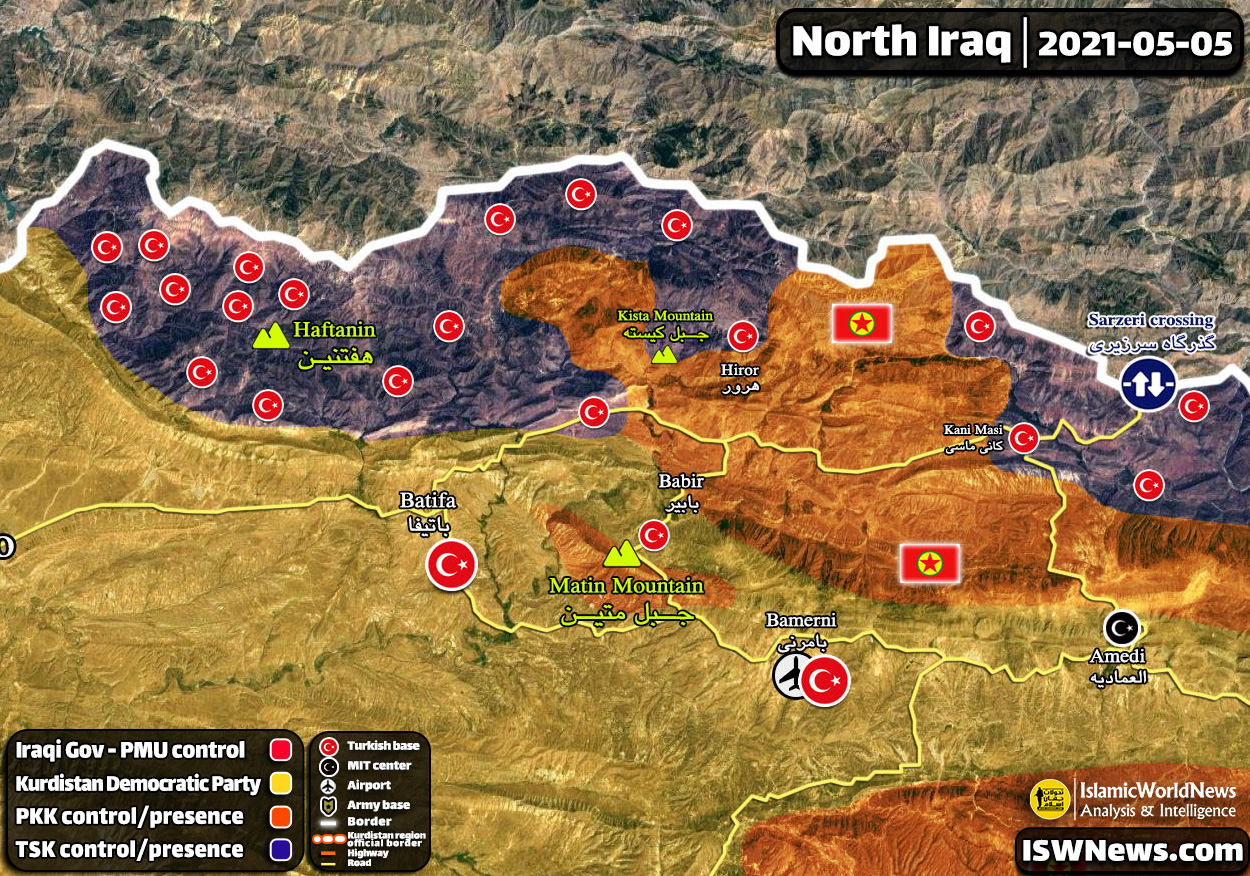 ISWNews Analysis Group: PKK militants claimed that 147 Turkish troops have been killed since the start of Operation Pence-Simsek in northern Iraqi Kurdistan.

PKK also claimed that the Turkish army had twice used banned chemical weapons in its attacks on northern Iraq.

On May 4, the Turkish army heavily bombarded the area around the village of Kistah. As a result of these bombings, 15 families have been evacuated from Kistah village so far.

It is said that Iraqi border guards (local forces) have set up four checkpoints in the Kani Masi and Kistah areas to prevent Turkish advances in the area, apparently in front of areas occupied by the Turkish military in recent operations in northern Iraq.

On the other hand, the Turkish Ministry of Defense announced that despite the difficult conditions in the operational area of Pence-Simsek in northern Iraqi Kurdistan, the Turkish army forces are advancing and clearing the predetermined areas.