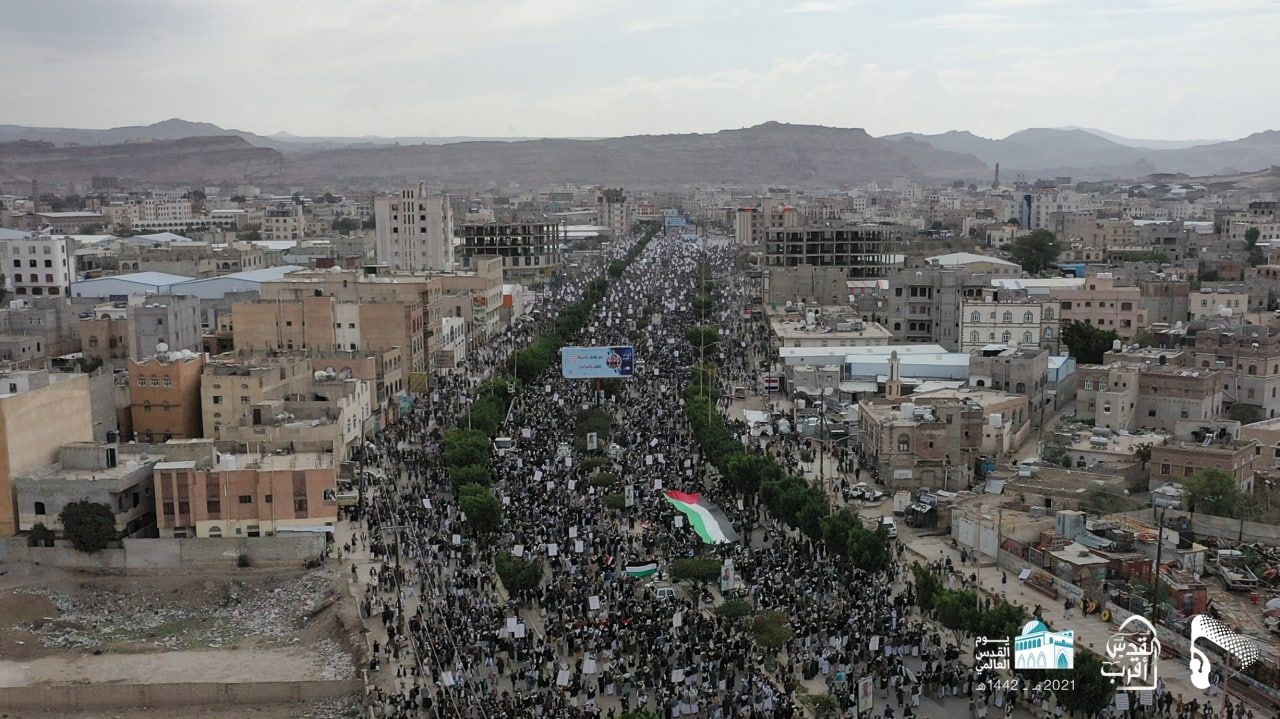 ISWNews Analysis Group: The Yemeni people held large demonstrations in various cities of Yemen on the occasion of the International Quds Day.

The Yemeni people, along with senior government officials and the Ansar Allah movement, staged large-scale demonstrations in the provinces of Sanaa, Saada, Dhamar, Rima, al-Hajjah, al-Jawf and other AnsarAllah-controlled areas on the occasion of Quds Day, emphasized their support for the Palestinian resistance and their revolutionary slogans.

Sayyid Abdul-Malik Badreddin al-Houthi, the leader of Ansar Allah and the Yemeni revolution, in a speech on the occasion of International Quds Day, while pointing to the dangers of the Zionist regime for the Islamic world and the need to act against them, said: “The Zionists want to turn the compass of the enmity in the region towards Iran so that this compass does not return to them.”

It is also worth mentioning that the Saudi warplanes bombed the gathering of the people of Sahari village located in Majzar in the west of Marib province, who had gathered for Quds Day. So far, 7 people have been martyred and dozens have been injured.