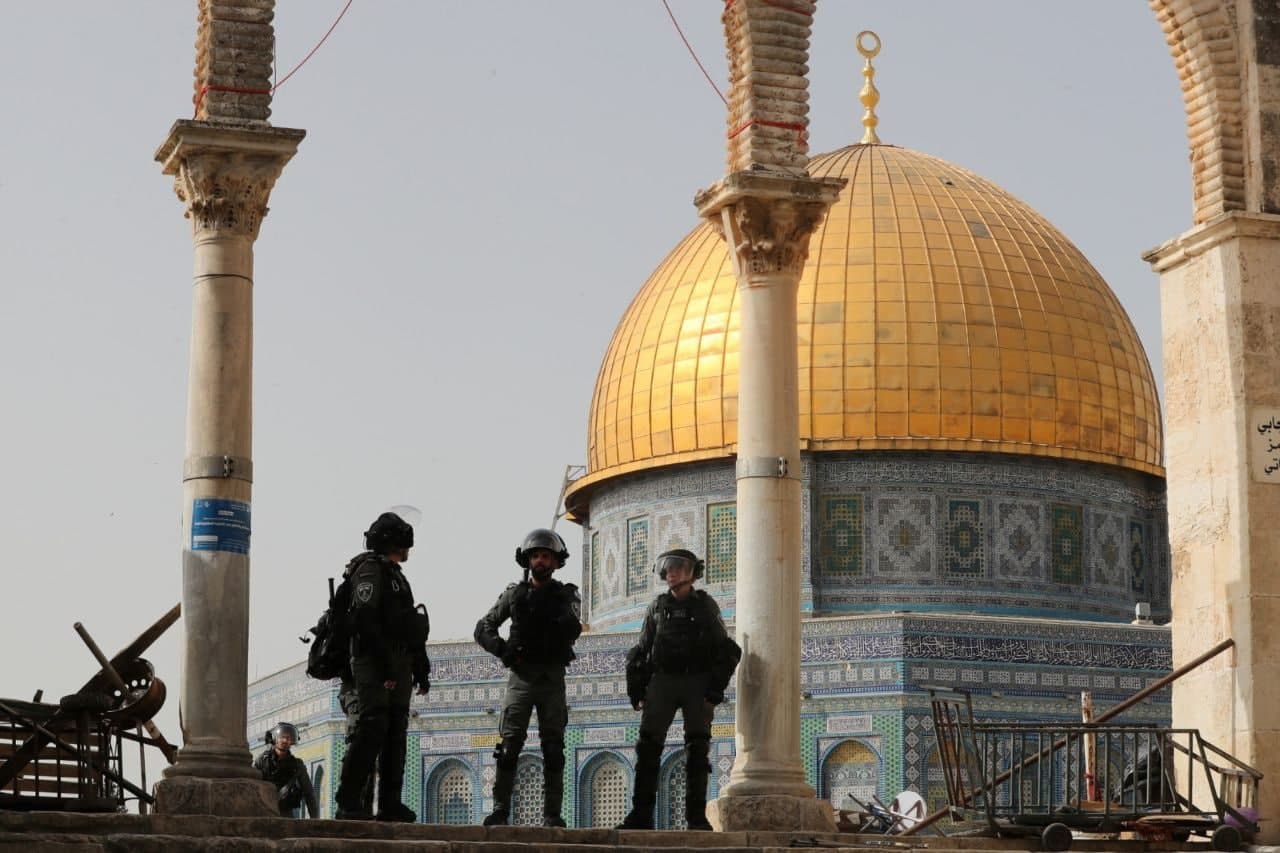 ISWNews Analysis Group: Due to the attack of the Zionist army on the Palestinian worshipers in Al-Aqsa Mosque, fierce clashes took place between the two sides…

This morning, local sources reported the gathering of Palestinian worshipers in the courtyards of Al-Aqsa Mosque to protest against the illegal entry of Zionist settlers and their clashes with Zionist regime forces.

During the clashes, Israeli forces fired tear gas, plastic bullets and sound bombs at Palestinians in support of the settlers, and detained a number of Palestinian protesters, and prevented medical personnel to enter Al-Aqsa Mosque to help the wounded people.

“Dozens of wounded are being held in the al-Qibli mosque, and the Israeli military is blocking aid to the wounded,” a source told ISWNews. He added: Despite all the incidents that have taken place since 7:30 local time, not a single settler has entered Al-Aqsa Mosque due to the resistance of the Palestinians.

Last night, the Israeli military also attacked a gathering of Palestinians in Bab al-Amoud to disperse them.

The Israeli army has increased the number of Iron Dome systems in occupied southern Palestine in response to possible retaliatory attacks by the Palestinian resistance.

According to the Palestinian Red Crescent, the number of injured had risen to 305, with seven seriously injured. Hebrew sources also announced that during the clashes last night and today in Al-Aqsa Mosque, 21 members of the Zionist regime police were injured.

Abu Obaida, spokesman for the Qassam Brigades (Hamas military branch): The Resistance Command in the Joint Room gives the occupiers until 6 pm (local time) to withdraw their troops from the Al-Aqsa Mosque and the Sheikh Jarrah neighborhood and release the detainees, otherwise wait for the reaction!