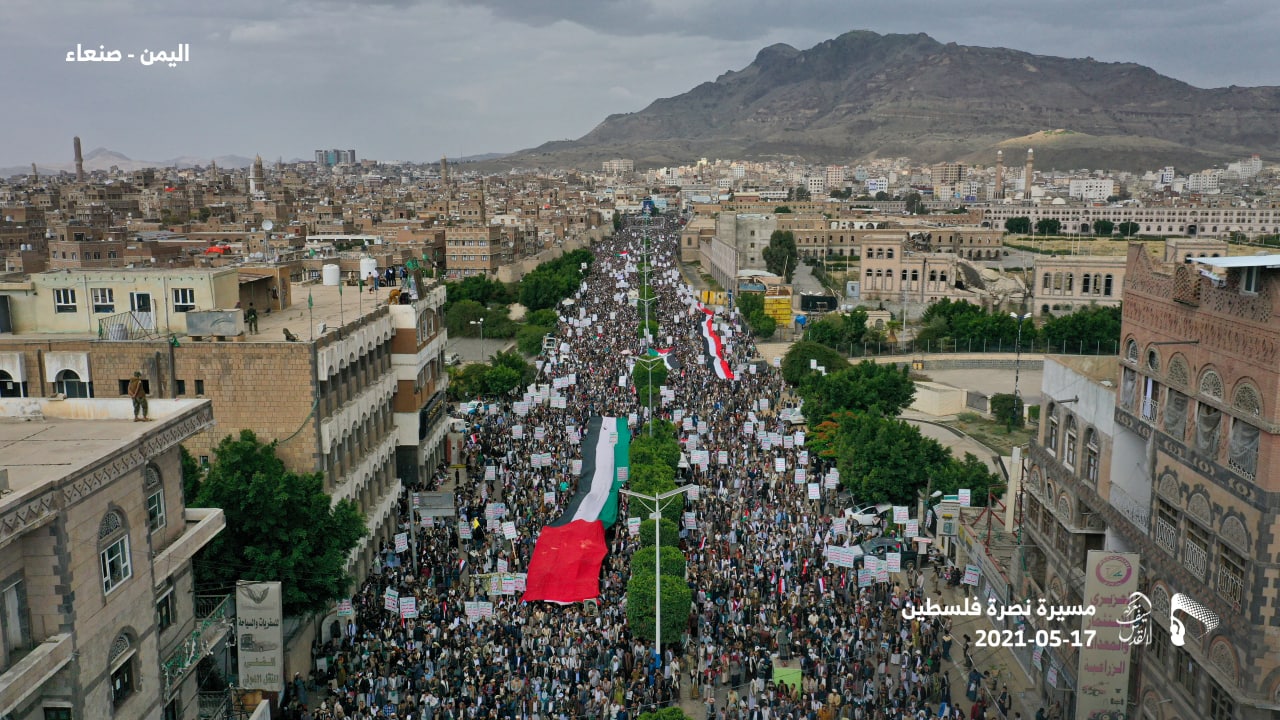 ISWNews Analysis Group: Yemeni people gathered in support of the Palestinian people and resistance in the AnsarAllah-controlled provinces and staged a passionate demonstration.

In addition to the presence of different segments of the people, Ansar Allah officials also attended and demonstrated in these demonstrations. At the end of the demonstration, a statement was issued in support of the Palestinian people and resistance, condemning the Zionist regime’s attacks on the Gaza Strip and the West Bank, and calling on the nations of the region to directly support the Palestinians.
In this statement, the Yemeni people considered the sound of resistance missiles in Tel Aviv and the occupied Palestinian territories as a sign of fulfillment of the divine promise and called for the preparation of the Islamic Ummah against the enemies of Islam.