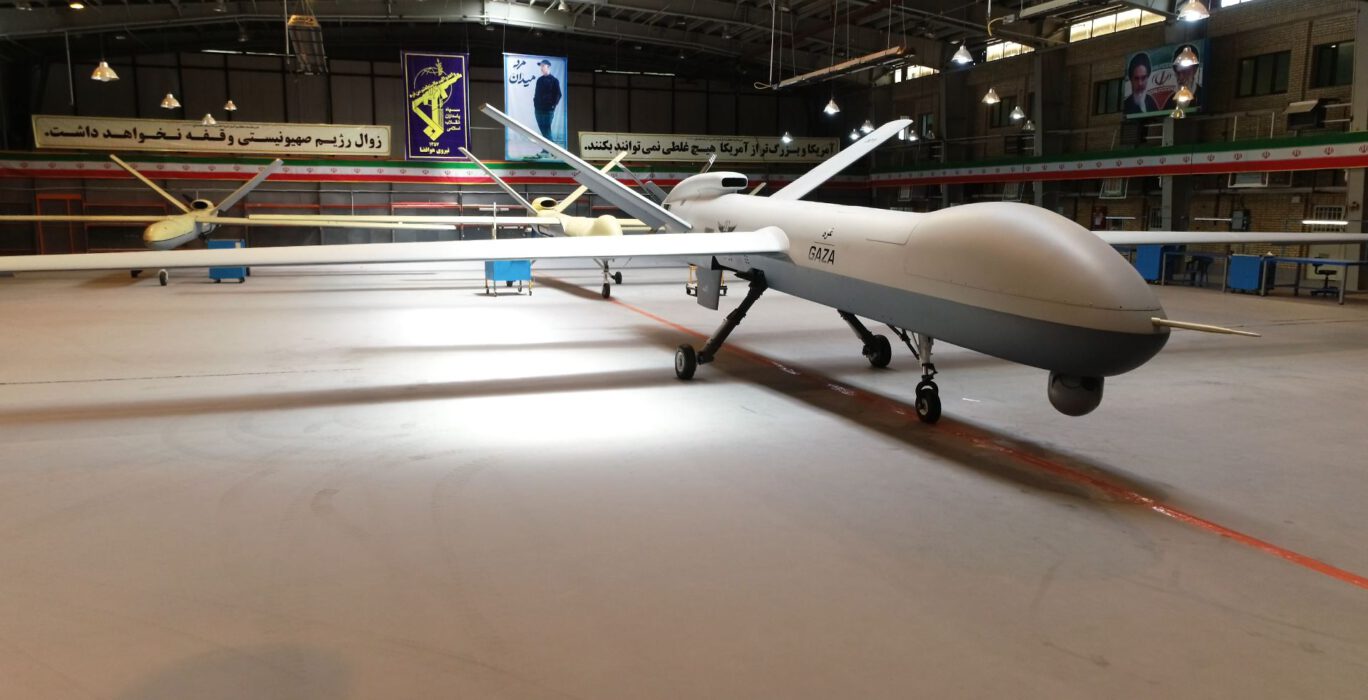 ISWNews Analysis Group: The Islamic Revolutionary Guard Corps unveiled new weapons in the field of UAVs and defense, including the “Gaza” reconnaissance combat drone during a ceremony.

In this ceremony, which was held in the presence of Major General “Hossein Salami”, Commander of the Islamic Revolutionary Guard Corps and General “Amir Ali Hajizadeh”, Commander of the IRGC Aerospace Force, “Gaza” reconnaissance combat drone, “9 Dey” missile and “Quds” radar system Unveiled.

Regarding the name of the Gaza drone, Major General Salami said, “We named this drone Gaza so that, God willing, it will be an eternal honor for those in Gaza who are resisting the Zionist aggression today.”

The defense system equipped with 9-Dey missile also has the ability to engage and destroy a variety of threats at close range, including cruise missiles and drones.

The Quds radar system is also capable of detecting low-altitude targets such as cruise missiles, helicopters and drones. This system has high agility and fast deployment and relocation in the required location is another feature of this system.