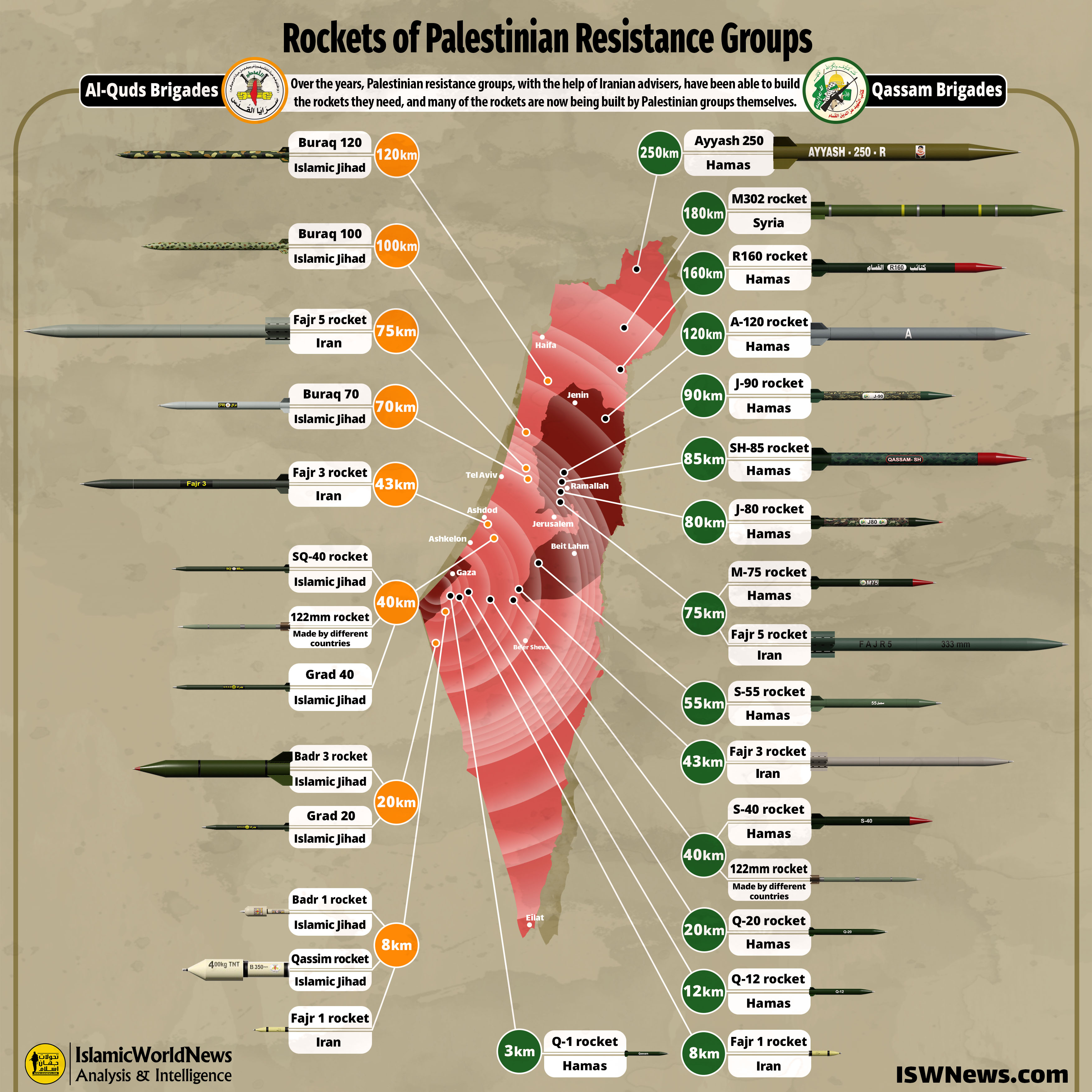 Over the years, Palestinian resistance groups, with the help of Iranian advisers, have been able to build the rockets they need, and many of the rockets are now being built by Palestinian groups themselves.

The arsenal of Izz al-Din al-Qassam Brigades consists of 17 main rockets, and the Ayyash 250 rocket with a range 250 km, which was recently unveiled by al-Qassam, is the longest-range rocket of the Palestinian resistance group. The Ayyash 250 rocket hit targets in the Eilat region in the southernmost part of occupied Palestine for the first time during the 11-day war in Gaza.
The Saraya al-Quds (Al-Quds Brigades) arsenal consists of 13 main rockets, and the Buraq 120 rocket with a range of 120 km is one of the longest-range rockets of the Palestinian resistance group.