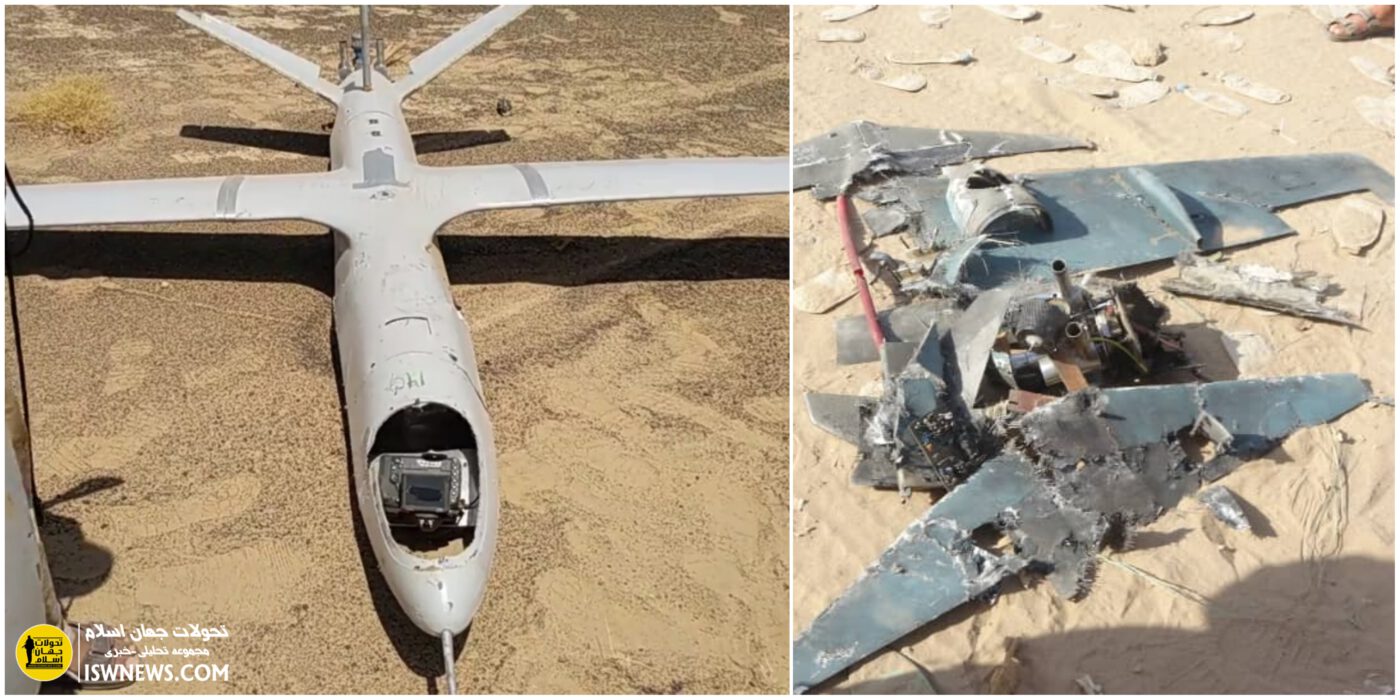 ISWNews Analysis Group: Two Ansar Allah drones have been shot down during clashes between the Saudi-led forces and Ansar Allah in western Marib.

1- Marib:
– Clashes between Ansar Allah and the Saudi-led forces continued on the fronts of Sarwah district.
– Mansour Hadi’s forces claimed to have shot down two Ansar Allah drones on the western fronts of Marib city. (image)
– An unidentified airstrike on the bastion of an al-Qaeda commander in the city of Marib.

3- Saudi coalition airstrikes:
In the past 48 hours, Saudi coalition warplanes bombed Sarwah district 15 times in Marib province, 2 times the Shada and Al-Zahir districts in Saadah province and once in the Al-Hazm district in Al-Jawf province.

4- Al-Hudaydah:
Saudi-led forces have violated the ceasefire 205 times in the past 48 hours.

5- Abyan:
– Al-Qaeda militants blew up an abandoned Hizam al-Amni base in the city of Loader.
– Explosion in the city of Shuqra on the south coast of Yemen.