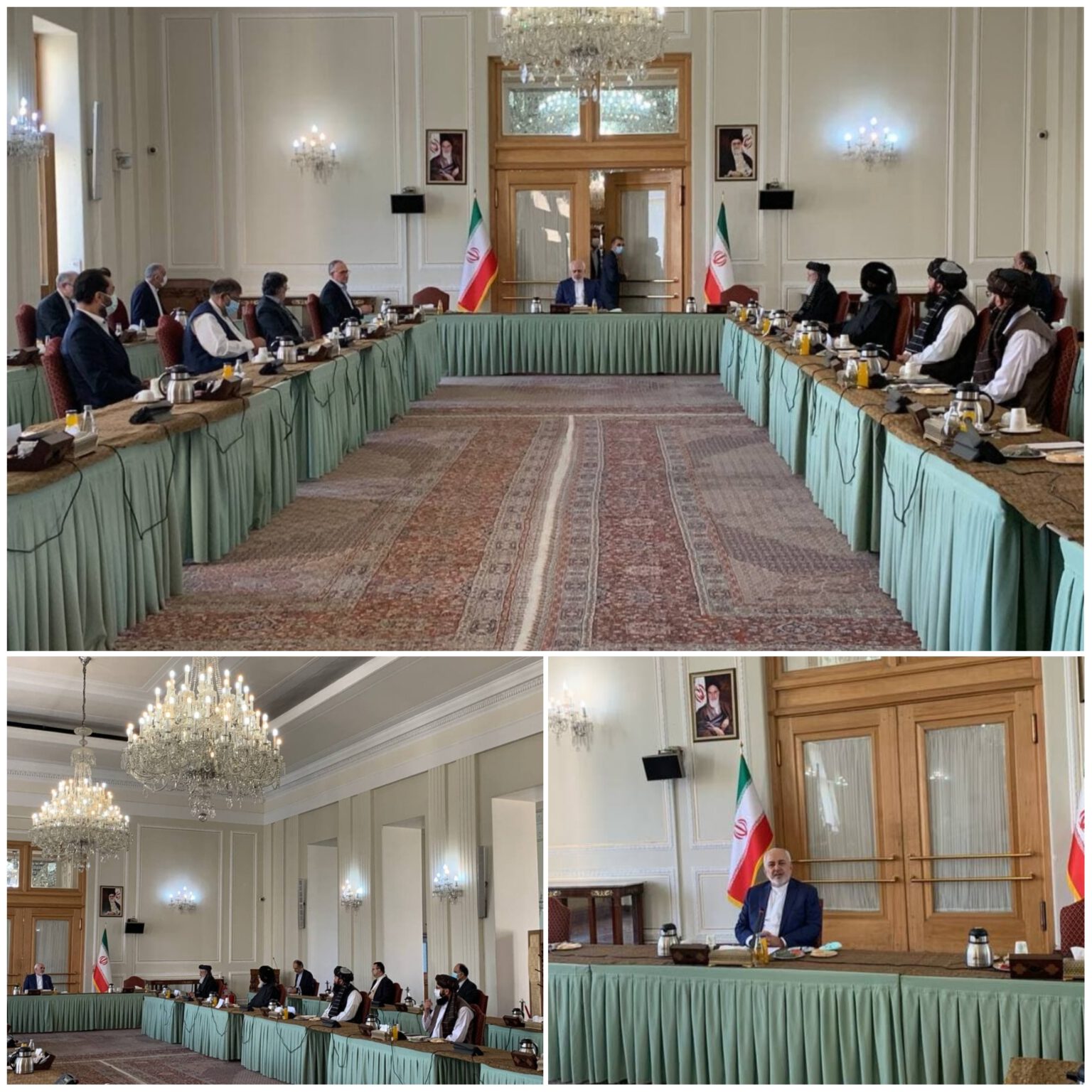 ISWNews Analysis Group: A joint meeting of the Afghan government-Taliban delegation mediated by Iran was held at the Foreign Ministry headquarters in Tehran.

At the meeting, which began with a speech by Iranian Foreign Minister Mohammad Javad Zarif, representatives of the Afghan government and the Taliban movement discussed refugee issues and recent developments in Afghanistan.
The meeting is attended by four Afghan delegations, including the Cultural Commission of the Afghan Parliament, the Taliban High Political Council, the Republican Political High Council, and the High Council for the Identification of Citizens.

This meeting is important in two ways:
1- The composition of the political delegation of the government consists of different ethnic groups in Afghanistan, which shows the attention and desire of the Afghan currents to achieve peace.
2- The presence of the Taliban delegation in the talks with the government and various currents in Afghanistan, which after the stalemate in the talks in Qatar, also responded negatively to the Turkish meeting and Erdogan’s invitation.

Footnote: The start of this meeting is a good step for Iran to mediate in the Afghan civil war, and active Iranian diplomacy can solve the country’s complex problems. Undoubtedly, the continuation of the war in Afghanistan has many negative consequences for Iran, and peace in this country has far wider benefits than those mentioned in our previous articles.