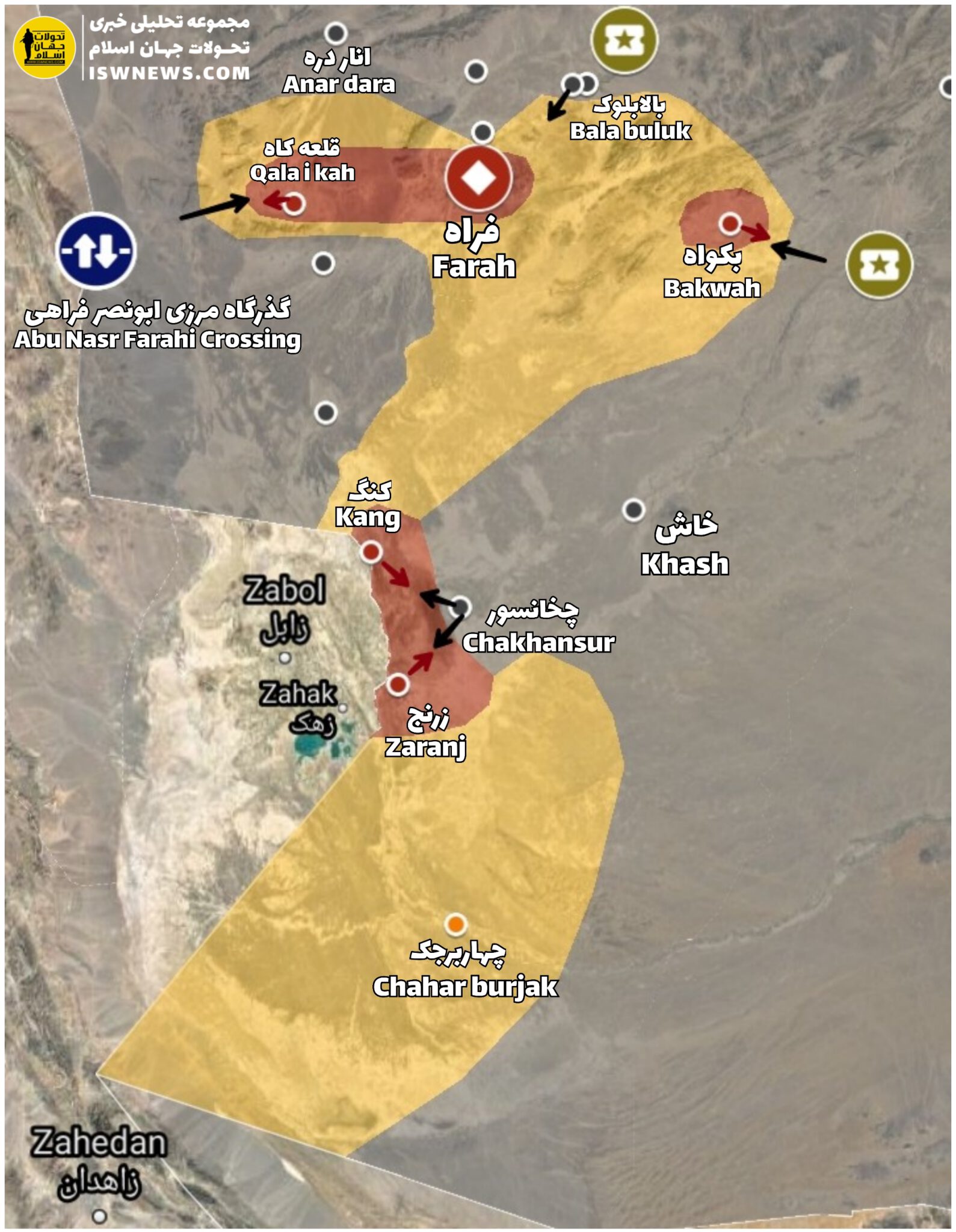 ISWNews Analysis Group: Abu Nasr Farahi border crossing in the west of Farah province and bordering with South Khorasan province of Iran, was captured by the Taliban.

Clashes between Afghan Army and the Taliban were reported near the cities of Bakwa and Qala-e-Kah.