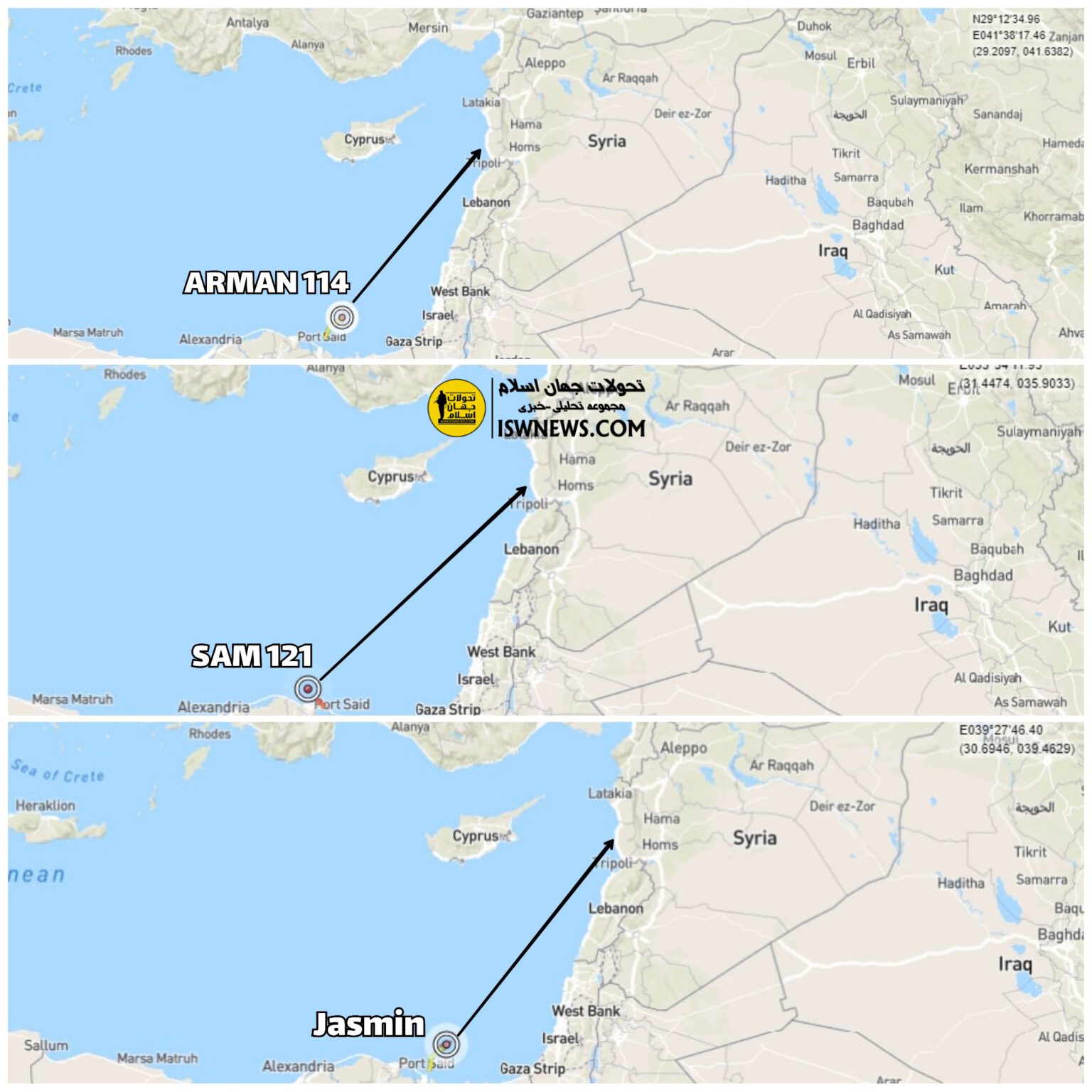 Some media outlets have reported that the tankers were destined for Lebanon and the Jasmine is carrying Mazut (used in power plants and similar applications). Due to the fact that the Jasmine ship can carry oil and Mazut at the same time due to its two tanks, but the evidence shows that this ship, along with the other two ships, only carries crude oil for use in Syrian refineries And at the moment, the possibility of Iranian ships mooring off the coast of Lebanon is ruled out.

Meanwhile, the Arman 114 tanker, formerly known as Adrian Darya 1, and the Jasmine tanker have been sanctioned by the United States for transferring oil cargo and participating in Iran’s oil sales cycle.

In April of this year, Arman 114, Sam 121, along with two tankers ‘Daran’ and ‘Romina’, which were carrying oil cargo of the Islamic Republic of Iran, docked off the coast of Syria.

Syria’s oil production before the crisis and armed conflict was 350,000 barrels per day, which has dropped to 25,000 barrels per day due to the war and widespread insecurity and the occupation of oil-rich areas by terrorists and SDF militants. Currently, the largest sources of oil extraction in Syria are controlled by the Syrian Democratic Forces (SDF) with the support of the US coalition.
Buying oil shipments from Iran will largely solve the problem of the Syrian transportation system and other fuel needs of this country.

It is worth mentioning that due to the unjust US sanctions against Syria, various crises have occurred in this country at different times, and due to the lack of fuel, the people of this country are facing many difficulties to meet their needs.
The Islamic Republic of Iran, in spite of US sanctions against the Syrian oil industry, has repeatedly rushed to the aid of the Syrian people by sending oil tankers and oil cargoes, and by selling oil to this country, it has brought it out of the crisis.