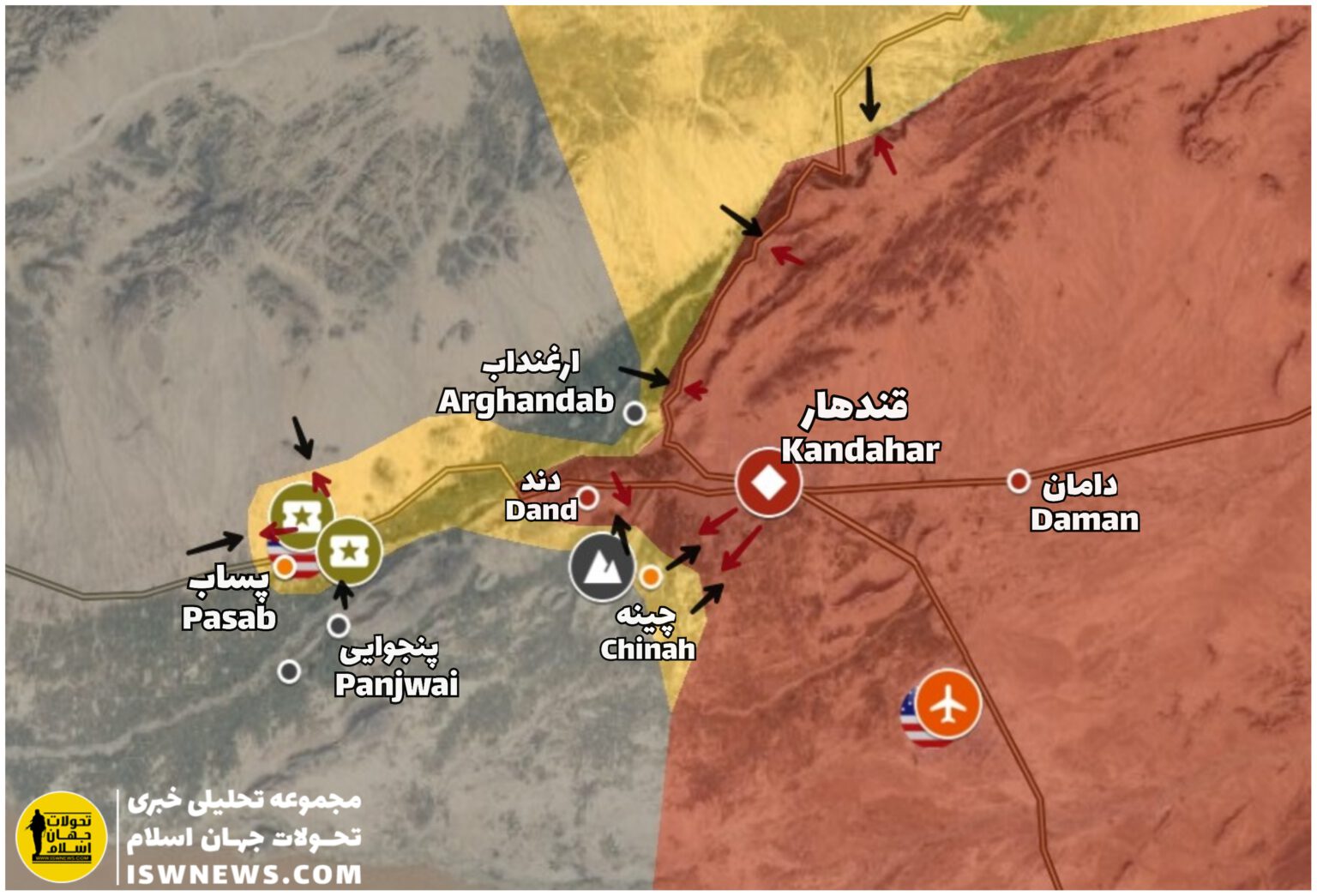 ISWNews Analysis Group: Heavy clashes between the Afghan army and the Taliban continue in the three axes of north, west and south of Kandahar city.

After days of heavy fighting on the fronts of Arghandab, Pasab, Dand and Chineh, the Taliban militants managed to take control of Arghandab city center on the outskirts of Kandahar city.

The government has relocated 240 prisoners to Kabul following an increase in the possibility of the fall of Kandahar and targeted Taliban attacks on the Kandahar prison.

In the south of the province, the Taliban have recently seized the town of Spin Boldak and its border crossing with Pakistan, and clashes have now shifted to the road leading to Kandahar. The Afghan army has also announced its readiness to retake Spin Boldak, but given the army’s past claims and excuses and the ineffectiveness of their attacks, it can be said that the Afghan army is currently unable to retake the lost areas.
In this regard, “Amrullah Saleh”, the first vice president of Afghanistan, said that the Pakistani army has officially informed Afghanistan that any Afghan military attempt to regain control of the Spin Boldak crossing will be met by a reaction from the Pakistan Air Force.

Given the situation of the ground siege of Kandahar and the unpreparedness of the army to face the urban warfare and suicide attacks, it can be said that in the case of a serious Taliban attack on Kandahar city, the army will be the definitive loser of this battle. Despite this military superiority, the Taliban are at a disadvantage in terms of manpower and weapons, And this is evidenced by repeated attacks on prisons (Badghis and Kandahar) to free old fighters and attacks on weapons bases to collect weapons.