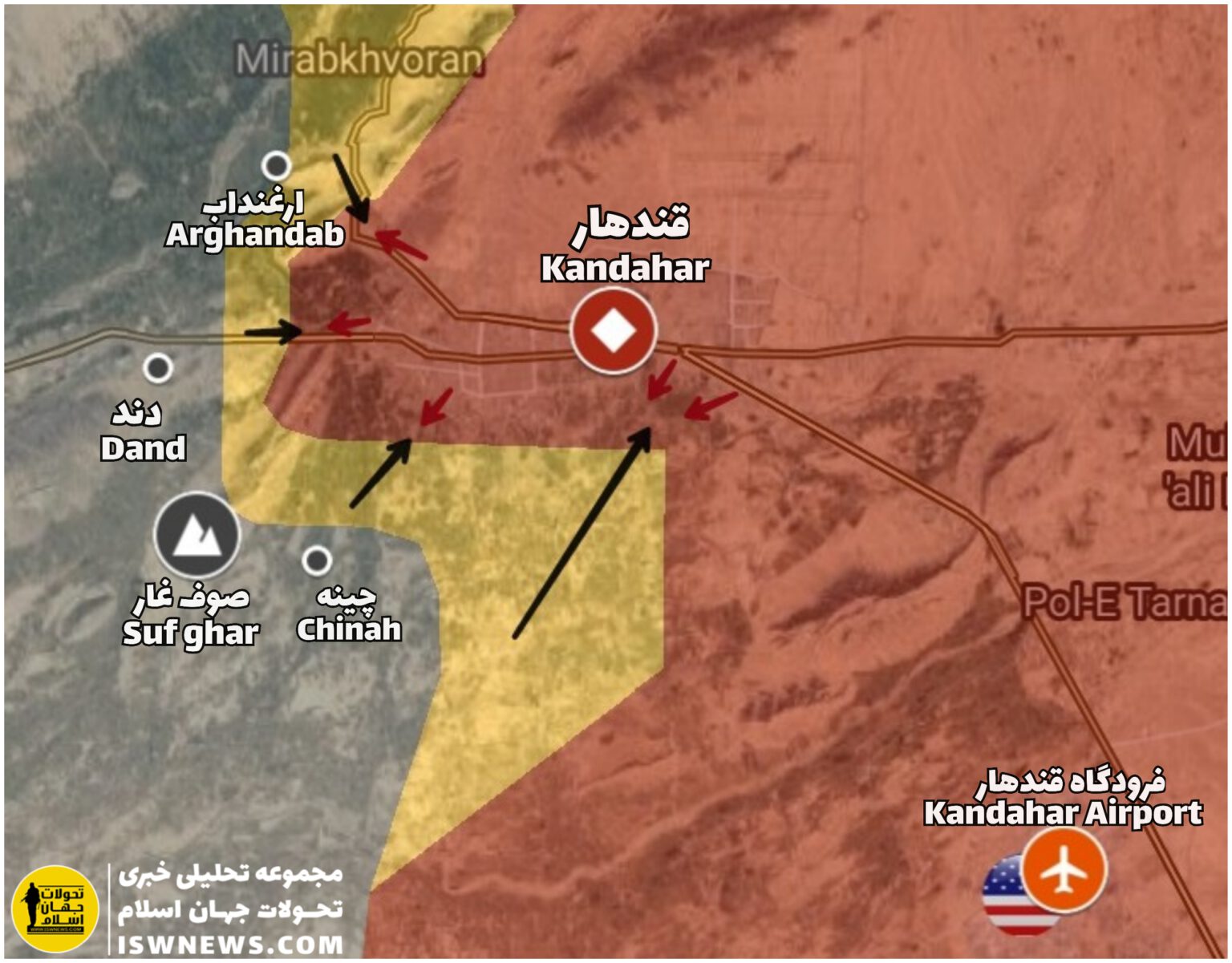 The Taliban have concentrated their attacks on the northern, western and southern entrances of the city, and in the latest clashes on July 19, the fifth district of Kandahar city has witnessed heavy clashes between Taliban militants and Afghan Army forces.

It is said that the northern road to Kandahar have been mined by the Taliban and civilians are unable to cross the main roads. In this regard, six civilians were killed and several others were injured in two mine explosions on the Kandahar-Arghistan road.

Taliban attacks on Kandahar have decreased since last night due to Eid al-Adha, and a new round of attacks is expected to begin in the coming days.