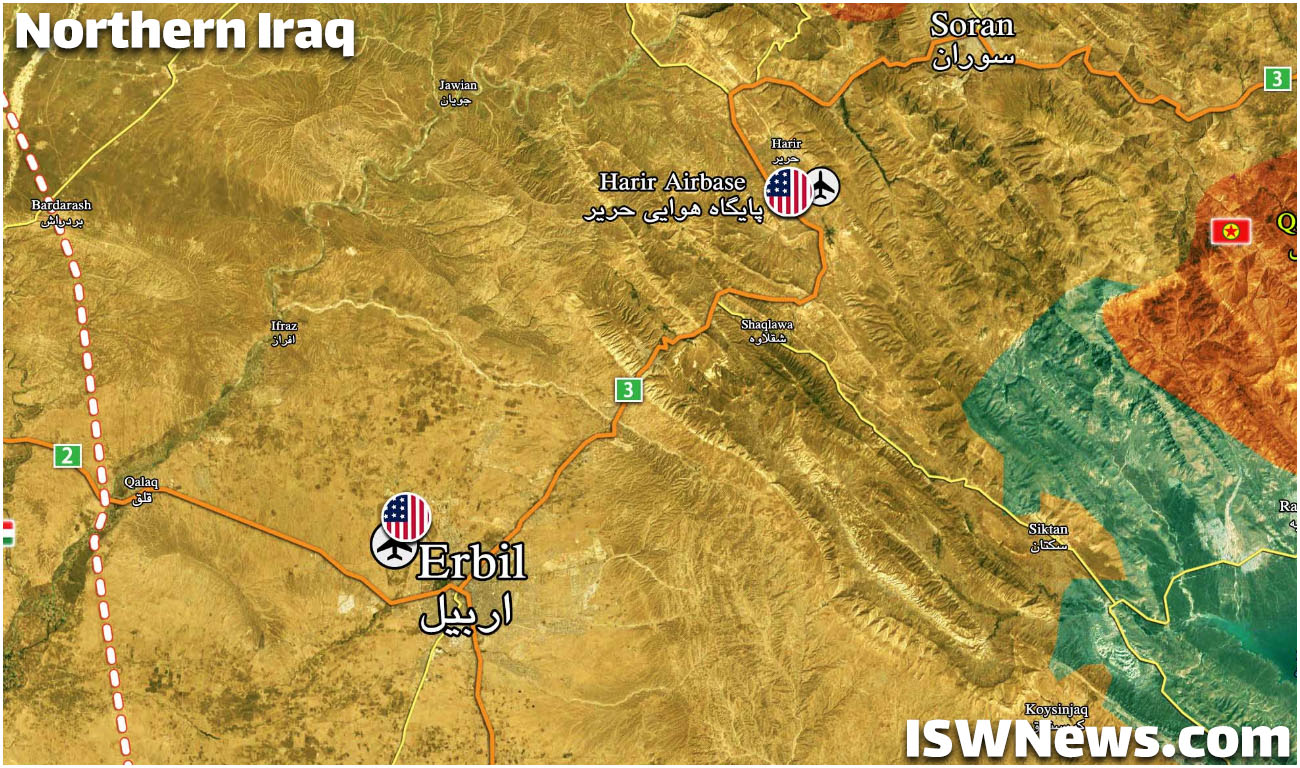 ISWNews Analysis Group: On Friday morning, the US military base at Harir Airport, northeast of Erbil was targeted with several suicide drones by the Iraqi resistance groups.

The Iraqi resistance group, Liwa al-Thaireen took responsibility for the attack announcing it had targeted US military positions at Al-Harir Airbase with a number of suicide drones, causing damage to US equipment.

It should be noted that the resistance group ‘Liwa al-Thaireen’ is a new Iraqi group that announced its existence by attacking Al-Harir Airbase yesterday. Earlier, 15 Iraqi resistance groups had announced their existence to counter the US occupation of the country.

This is the sixth attack by resistance groups on US military positions in Erbil. Resistance groups in their previous attack in the area in the last hours of July 6, with several rockets and suicide drones, targeted the US military base at Erbil Airport. (More details)