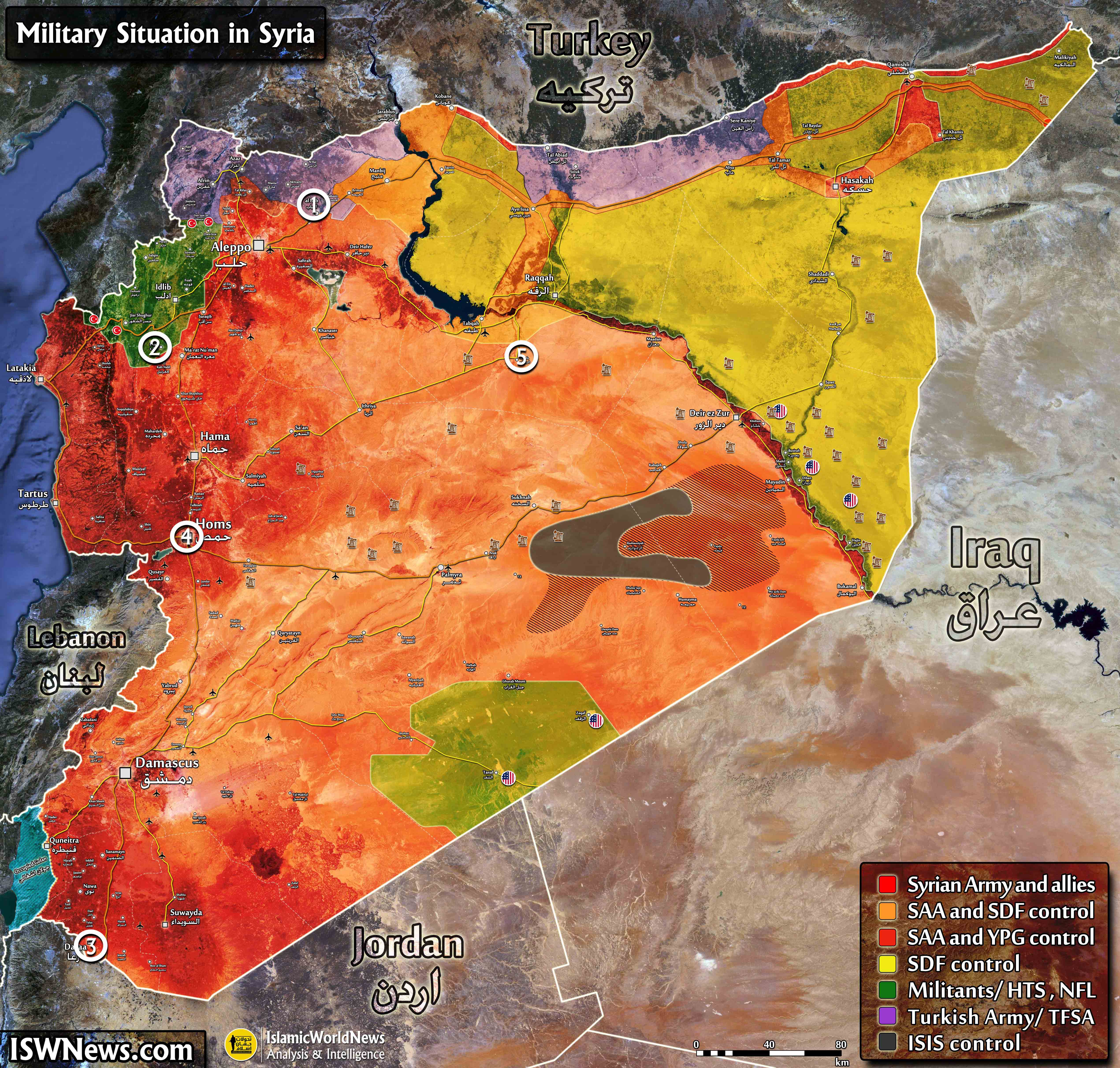 ISWNews Analysis Group: A Russian colonel has been killed in an explosion on a truck carrying Russian humanitarian aid in Homs province.

3- Daraa:
– The martyrdom of seven members of the Syrian army in an ambush by unknown gunmen on the outskirts of Daraa.
– The start of the Russian military police patrol in the Daraa al-Balad neighborhood after the militants agreed to deliver weapons or transfer to northern Syria.

4- Homs:
– A mine blast in northeastern Homs has killed three civilians.
– A Russian colonel has been killed in an explosion on a truck carrying Russian humanitarian aid in Homs province.

7- According to the Russian Reconciliation Center in Syria, the militants violated the ceasefire 23 times in the Idlib region, of which 4 were in Aleppo province, 8 in Latakia, 1 in Hama and 10 in Hama.