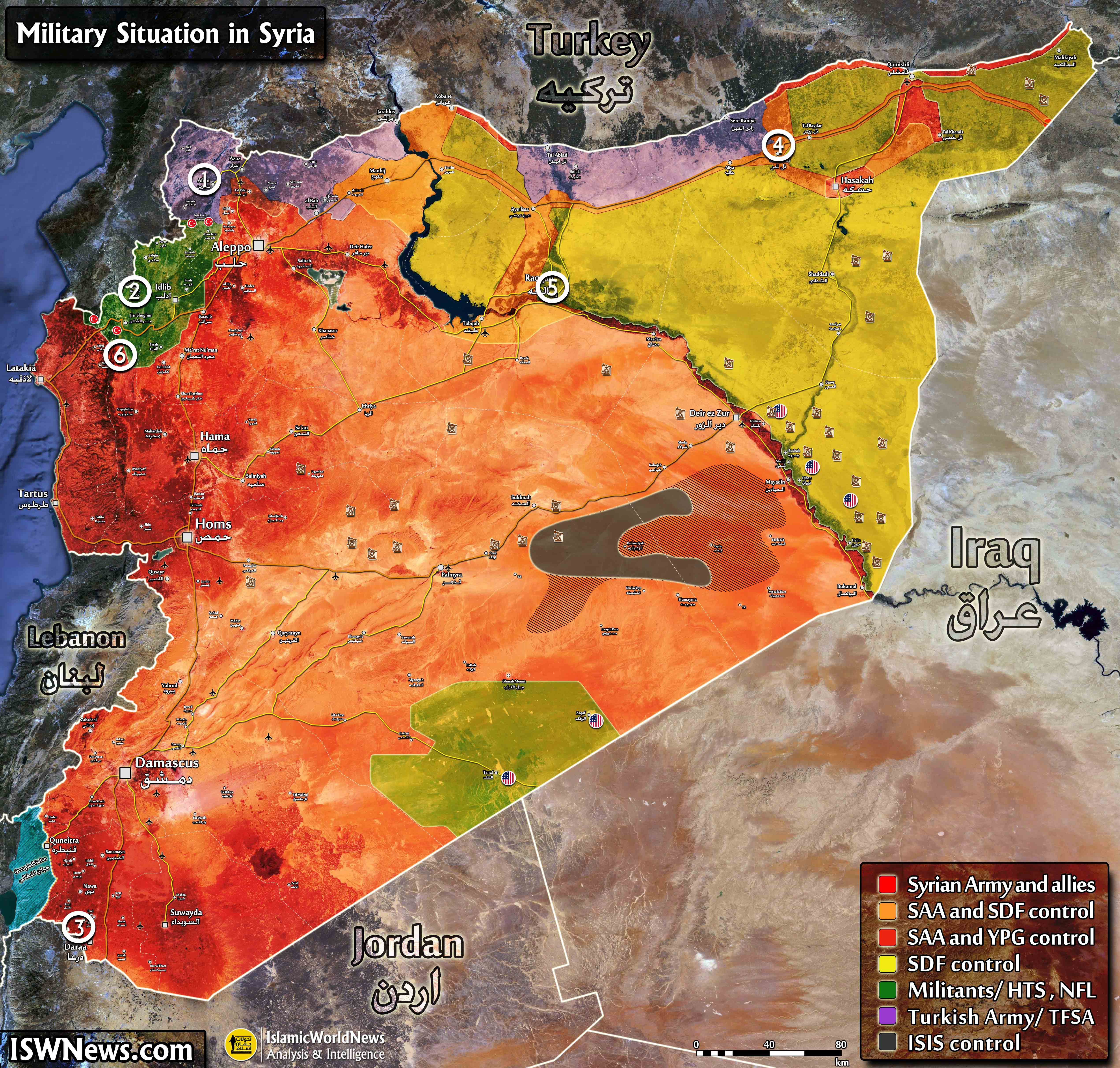 ISWNews Analysis Group: According to the Russian Center for Reconciliation in Syria, the militants violated the ceasefire 28 times in the Idlib region.

3- Daraa:
Syrian Army forces entered the city of Muzayrab in the western suburbs of Daraa after reaching an agreement with the Central Committee of Deraa, accompanied by Russian military police.

4- Hasakah:
– Turkish-backed artillery attacked the outskirts of Tal Tamar, north of Hasakah.
– An Iraqi female refugee was killed by unknown individuals in the sixth section of Al-Hawl camp.

9- According to the Russian Reconciliation Center in Syria, the militants violated the ceasefire 28 times in the Idlib region, of which 4 were in Aleppo province, 6 in Latakia, 4 in Hama and 14 in Hama.