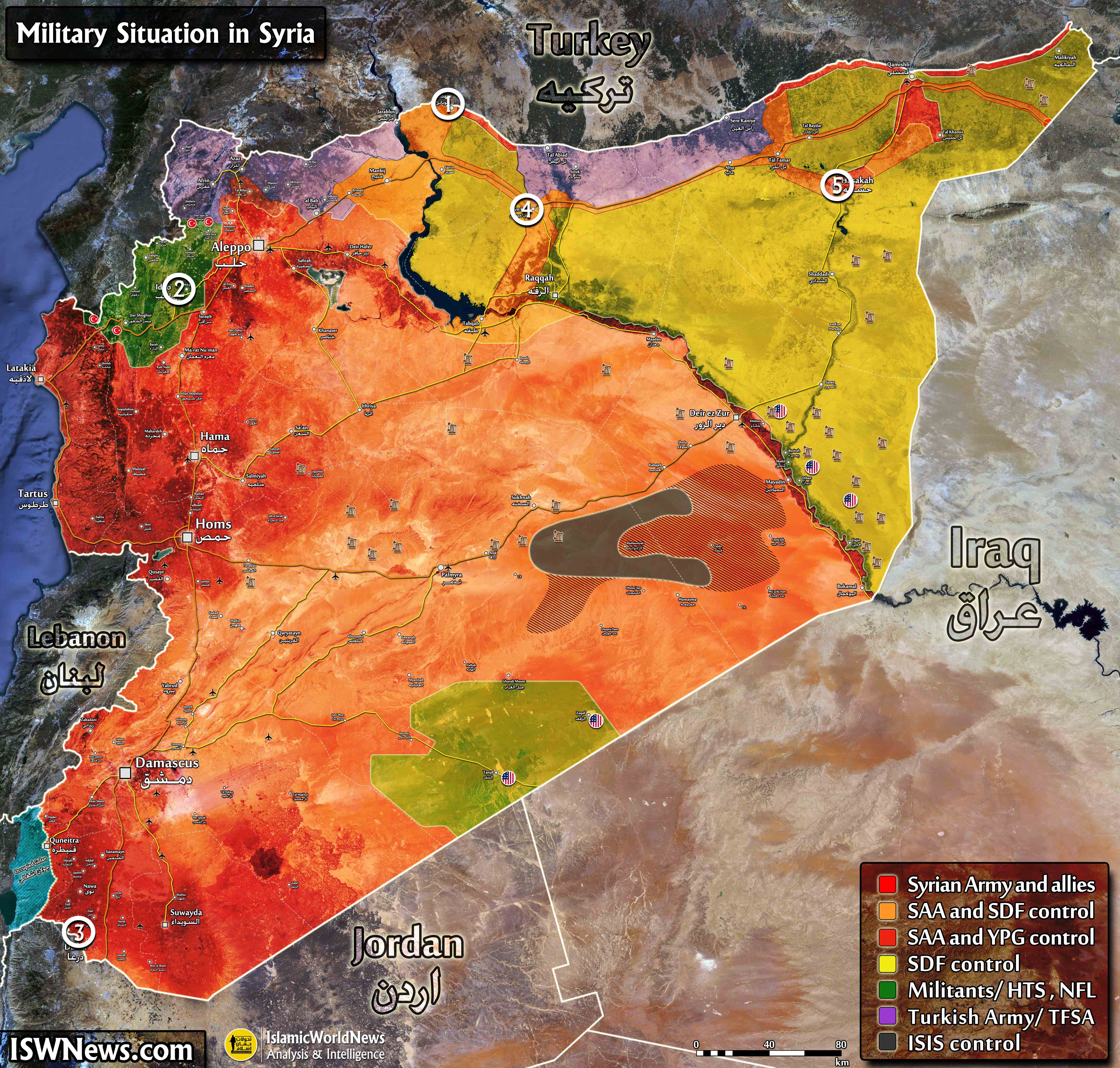 ISWNews Analysis Group: According to the Russian Center for Reconciliation in Syria, the militants violated the ceasefire 30 times in the Idlib region.

4- Raqqah:
One civilian was killed and four others were wounded in Turkish-backed artillery attacks on the outskirts of Ain Issa.

5- Hasakah:
The Counter-Terrorism Unit of the Syrian Democratic Forces (SDF) arrested two ISIS-linked individuals in the city of Hasakah. Some weapons and military equipment were seized from these individuals.

6- An Israeli drone crashed in the Syrian soil of Qunaitra due to a technical defect. Some sources claimed that the drone was shot down by a Syrian surface-to-air missile.

7- The Syrian Minister of Defense traveled to Jordan for the first time in the last decade to meet with the officials of this country.

8- According to the Russian Reconciliation Center in Syria, the militants violated the ceasefire 30 times in the Idlib region, of which 3 were in Aleppo province, 11 were in Latakia province, 3 were in Hama and 13 were in Hama province.