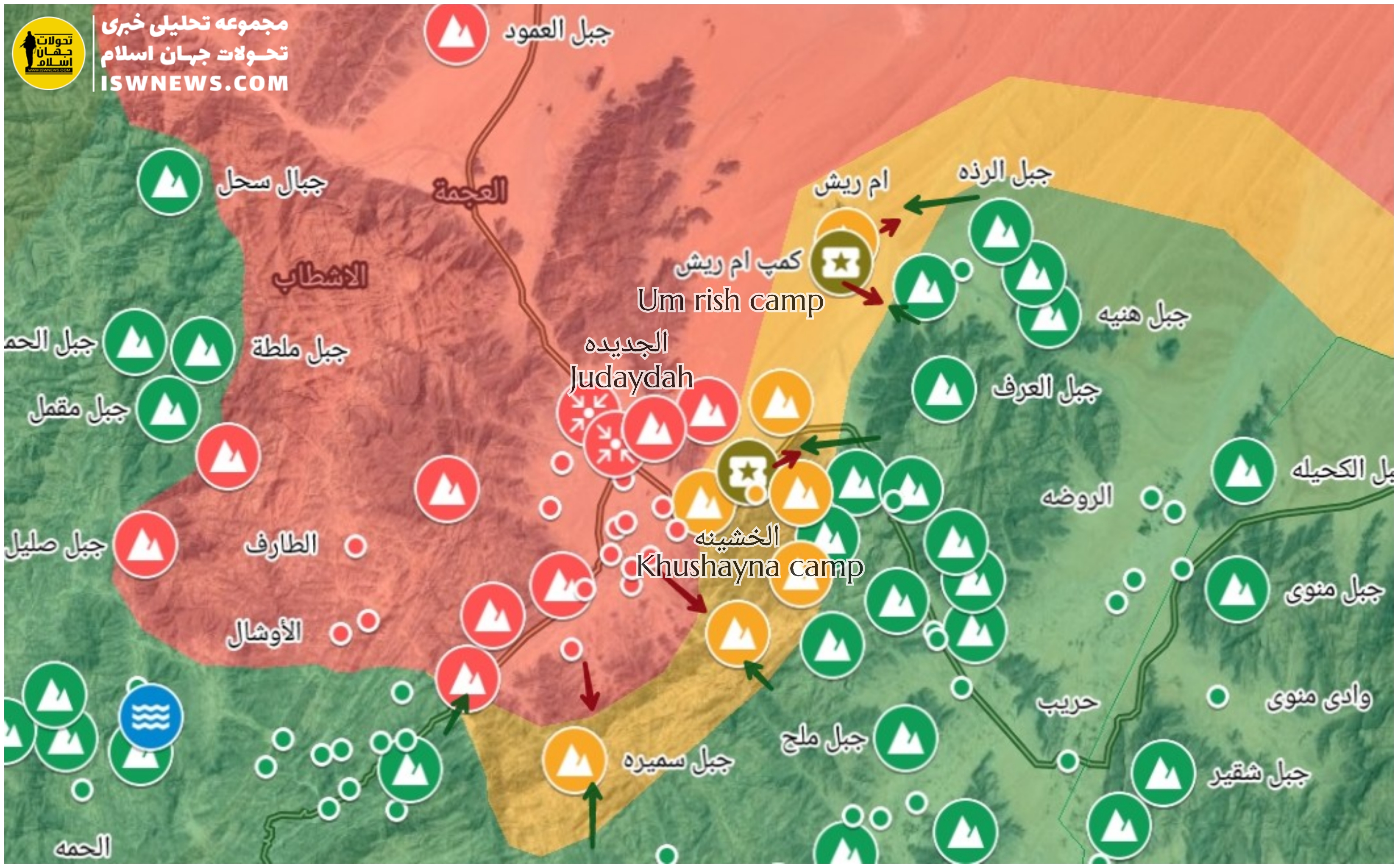 ISWNews Analysis Group: Clashes between Ansar Allah and the Saudi-led forces continued in the south of Marib province and west of Shabwah province.

4- Saadah:
Two civilians were killed and two others were wounded by Saudi coalition artillery shelling in the al-Raqo border area.

5- Dr. Abdul Aziz bin Habtour, Prime Minister of the Yemeni Salvation Government, condemned the conference on normalization of relations with the Zionist regime in the Iraqi province of Erbil.