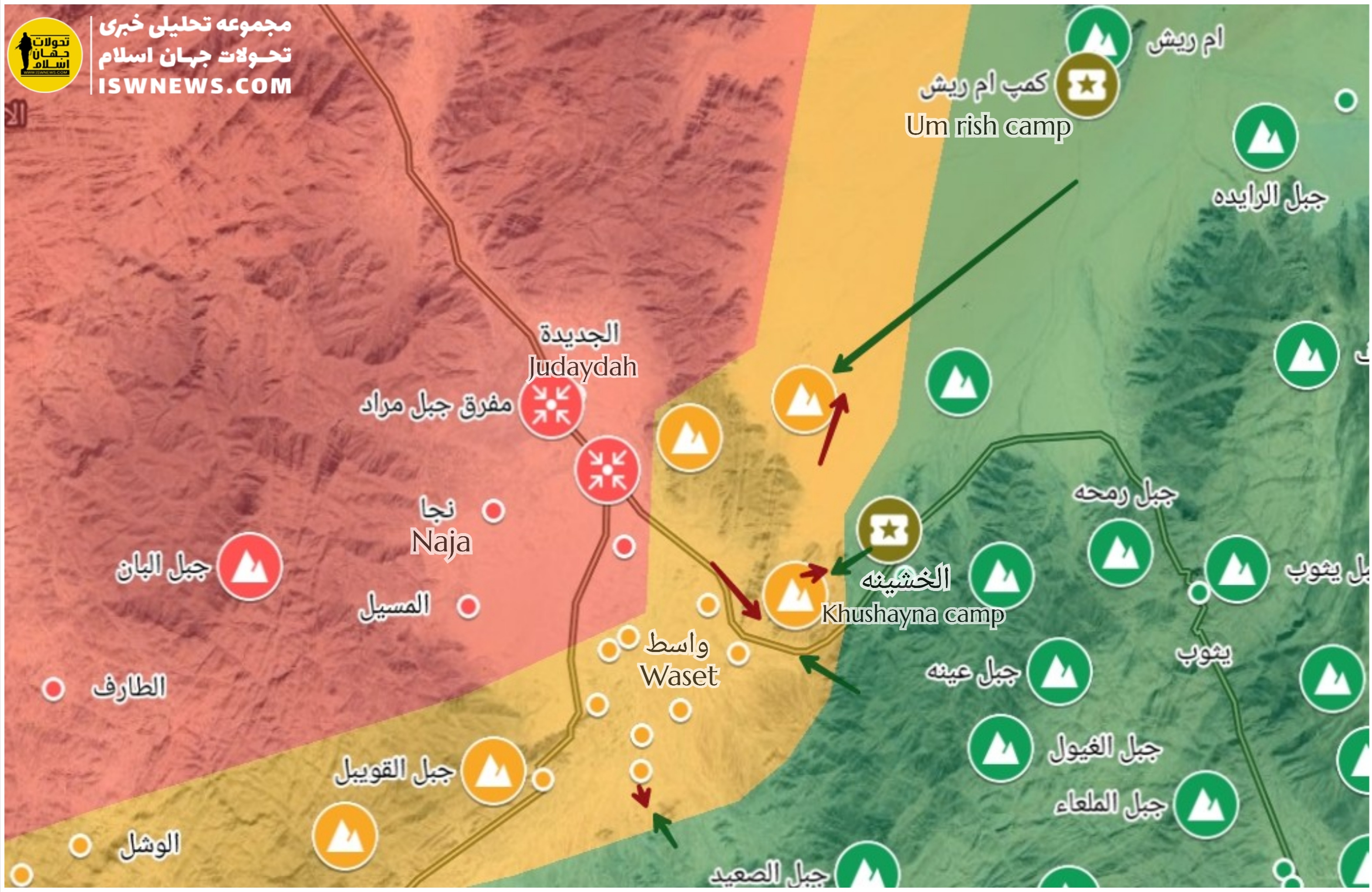 ISWNews Analysis Group: Ansar Allah and popular committees succeeded in liberating the Um al-Rish and al-Khushaynah military camps in the south of Marib province from the control of the Saudi-led forces.

According to the field source of “ISWNews”, on September 29, Ansar Allah managed to complete the liberation and stabilize the progress in the district of al-Jubab, And liberated the Um al-Rish and al-Khushaynah camps from the control of the Saudi-led forces.

Ansar Allah had intensified its attacks to liberate the Um al-Rish camp in the past three days, and on September 29 also attacked the al-Khushaynah camp, and finally the Saudi coalition forces were forced to withdraw from this important defensive line, suffering heavy casualties.

Saudi coalition warplanes have bombed al-Harib and al-Jubah district more than 70 times in the past three days to stop Ansar Allah attacks. In response, Ansar Allah fired several missiles at rallies and other positions of Saudi coalition in the district of al-Jubah.