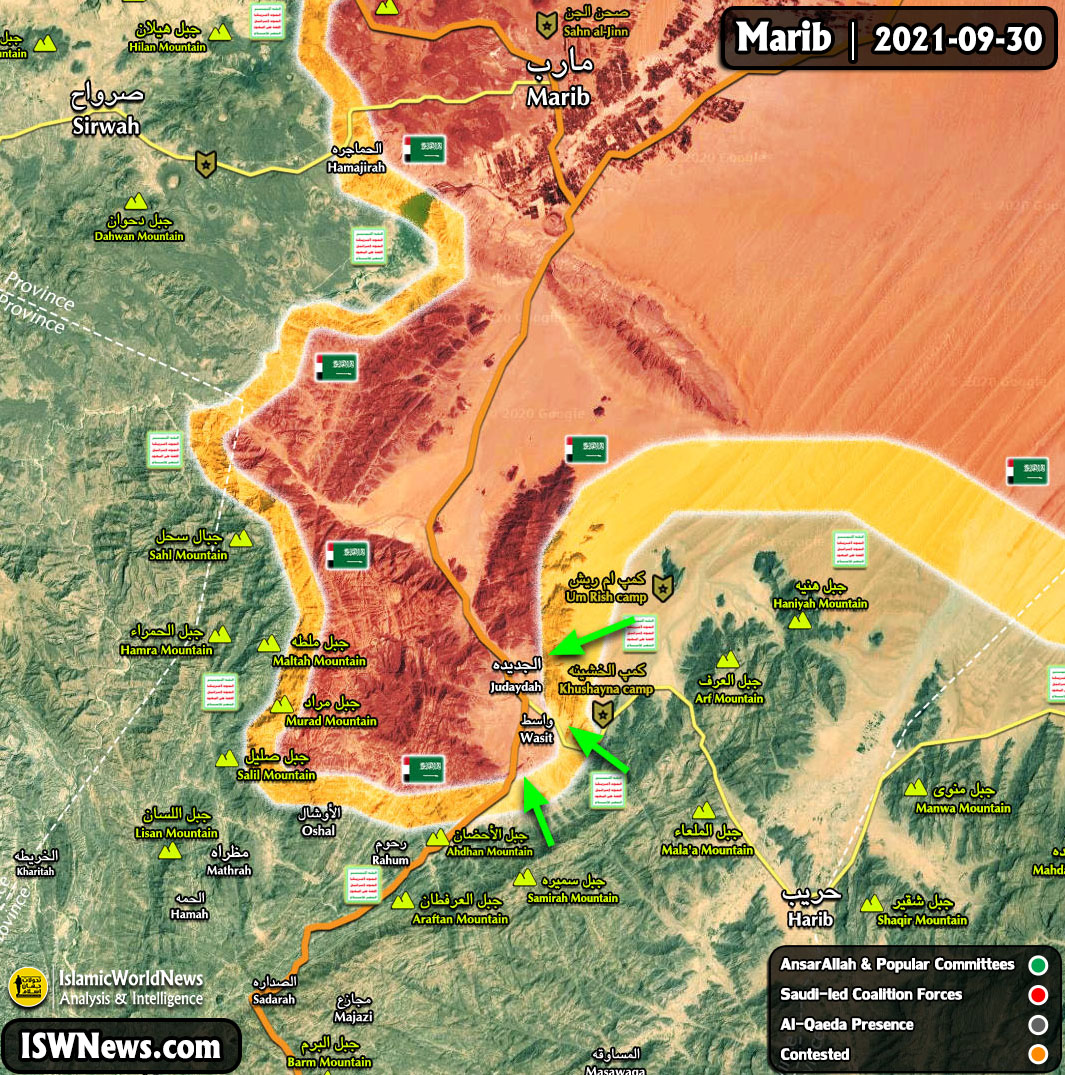 ISWNews Analysis Group: Ansar Allah has stabilized Um Rish and Khushaynah camps in the south of Marib province, and clashes continue sporadically in the district of al-Jubah.

Clashes between Ansar Allah and Saudi-led forces on the ground have eased in the past two days, and a new round of talks with the tribes of southern Marib province appears to have resumed. Ansar Allah is trying to prevent more bloodshed by bringing together the remaining tribes in the area.