Provocative actions of Azerbaijan, Iran’s maneuver on the northern borders, Why?! 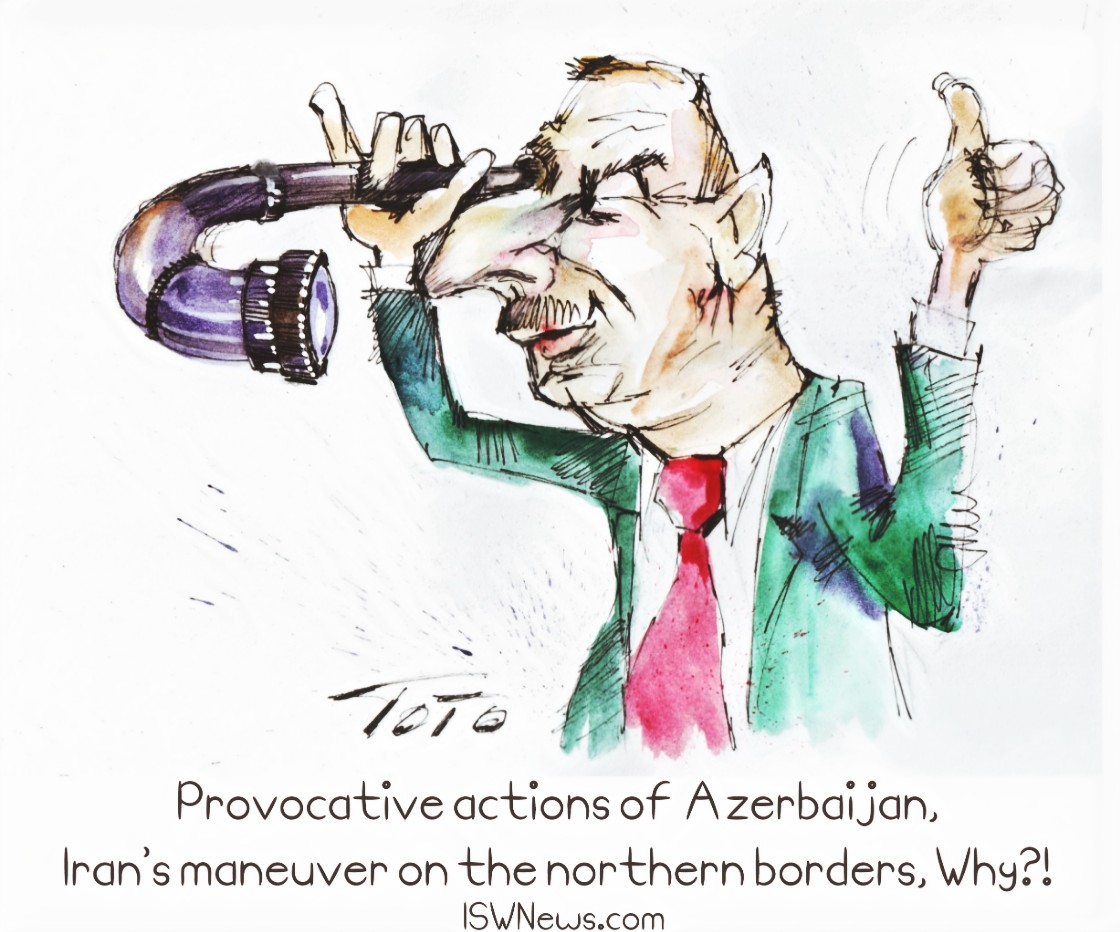 Controversial and anti-Iranian actions of the leaders of the Republic of Azerbaijan on the anniversary of the Second Karabakh War show new tensions in the Caucasus region, which are provoked by Israel and Turkey against Iran.

The joint military exercises of the Republic of Azerbaijan with Turkey and Pakistan in the last month, the interruption of the transit route of Iranian trucks and the arrest of their drivers and the sharp statements of the Azerbaijani officials against Iran are important issues in the Caucasus region.
What are the goals of Aliyev and his main supporters (Israel and Turkey) in implementing this anti-Iranian project?

The answer to this question is examined in several cases:

1- The success of the Republic of Azerbaijan in the Second Nagorno-Karabakh War was due to the widespread support of Turkey and Israel, the will of the world powers, as well as the inability of the Armenian leaders. This victory has misled Aliyev and other officials in Baku to mistakenly have the illusion and feeling of power against Iran. Therefore, one of the reasons for these anti-Iranian actions of the leaders of the Republic of Azerbaijan is their misunderstanding of regional developments.

2- The confrontation between the Republic of Azerbaijan and Iran is an unequal confrontation. Iran’s military and political power and position are in no way comparable to the Republic of Azerbaijan, even in the case of an alliance with Turkey and Pakistan. On the other hand, the countries of the region will not enter into tension with Iran because of Aliyev, and the harms of this tension far outweigh its benefits.
We all know that there is always a political message behind military exercises. Exercise is more of a boast than a military threat, and it is done to prevent military conflict. The Republic of Azerbaijan’s recent exercises with Turkey and Pakistan also served as a warning not to interfere in the Zangezur issue, as well as to announce the support of countries in the region for Aliyev’s government against Iran.

3- Israeli influence on Iran’s borders has always been an important strategy to counter Iran. Aliyev’s government has also entered into closer relations with Israel in recent years, and their debt volume has increased. Hence, the role of Israel in Aliyev’s rhetoric and their tensions cannot be ignored. Therefore, this tension is under the confrontation between the regions of Iran and Israel, and the choice of the name “Khaybar Conquerors” for the Islamic Republic of Iran’s drill on the northwestern borders of Iran is also a proof of this claim.

In this regard, Baku’s actions can be seen as a multidimensional Zionist project, which includes: separatism (emphasis on the separation of Azerbaijani provinces from Iran), ethnicity (Pan-Turkism), security tensions (action against nuclear and political facilities), psychological and media operations, economic issues. (Affecting the economic relations between Iran and Armenia), etc.
Given these circumstances, it must be said that if the weakness of Pashinyan and the Armenian authorities in the face of this project continues, their betrayal of Armenia is also certain, and Iran must act alone in the face of the Zionist project. However, considering the recent meetings between the Iranian and Armenian officials, the possibility of such an issue is low, and as the views of Iran and Armenia approach, we will see the opposite front turn to political talks.

Given these circumstances, it should be said that if Armenia acts weakly against this project, Iran will not hesitate to confront the Zionist project and will take more active action. However, considering the recent meetings between the Iranian and Armenian officials and the approaching point of view between the two countries, we are witnessing the opposite front turning to political talks.

ISWNews
ISWNews Analysis Group is a completely independent organization maintained by a team of experts and volunteers which focuses on armed conflicts and crises. Our mission is to tell the untold, which is usually censored by the main stream media. Step in battles of the region with us!
Share it:
Aliyev Azerbaijan Iran Khaybar Conquerors Syunik Zangezur