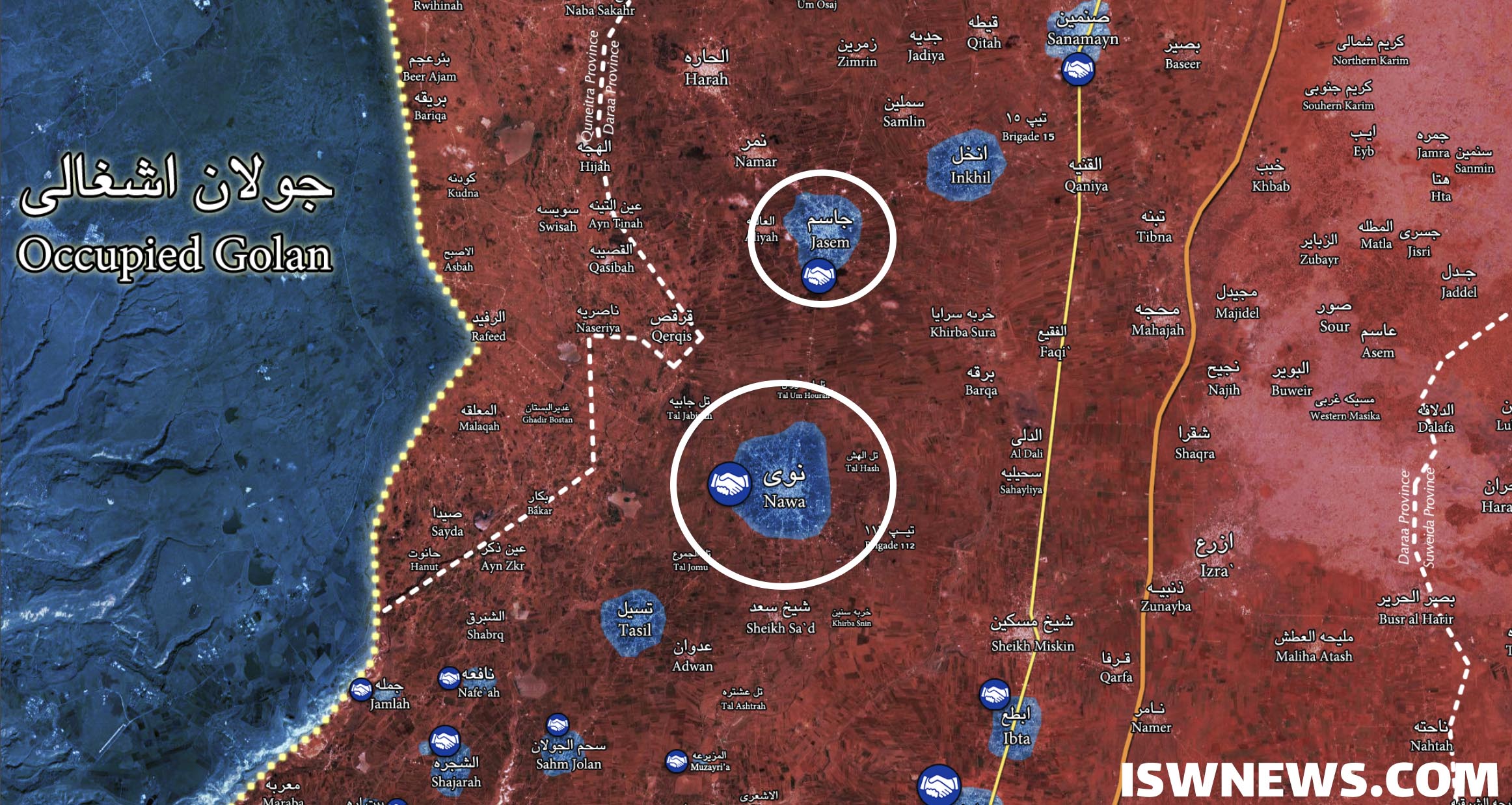 ISWNews Analysis Group: After the two cities of Nawa and Jasem in Daraa province joined the national reconciliation, the Syrian army and government officials were deployed in the new reconciled areas.

Following the national reconciliation plan, the two cities of Nawa and Jasem joined the plan and the militants handed over their weapons to the Syrian army. The Syrian army has also taken the necessary measures to determine the status of the fugitive soldiers and militants.

It is also reported from the city of Jasem that the militants are still entering the temporary center of the Syrian army to hand over their weapons and resolve their situation.

It is worth mentioning that after the reduction of tensions and clashes in Daraa province, which took place as a result of negotiations between the Syrian army and the militants mediated by the Russians, the areas of Daraa al-Balad, Yadoudah, Tafas, Tal Shahab, Zayzun, Muzayrab, Da’el and Ibta’ joined the national reconciliation plan.