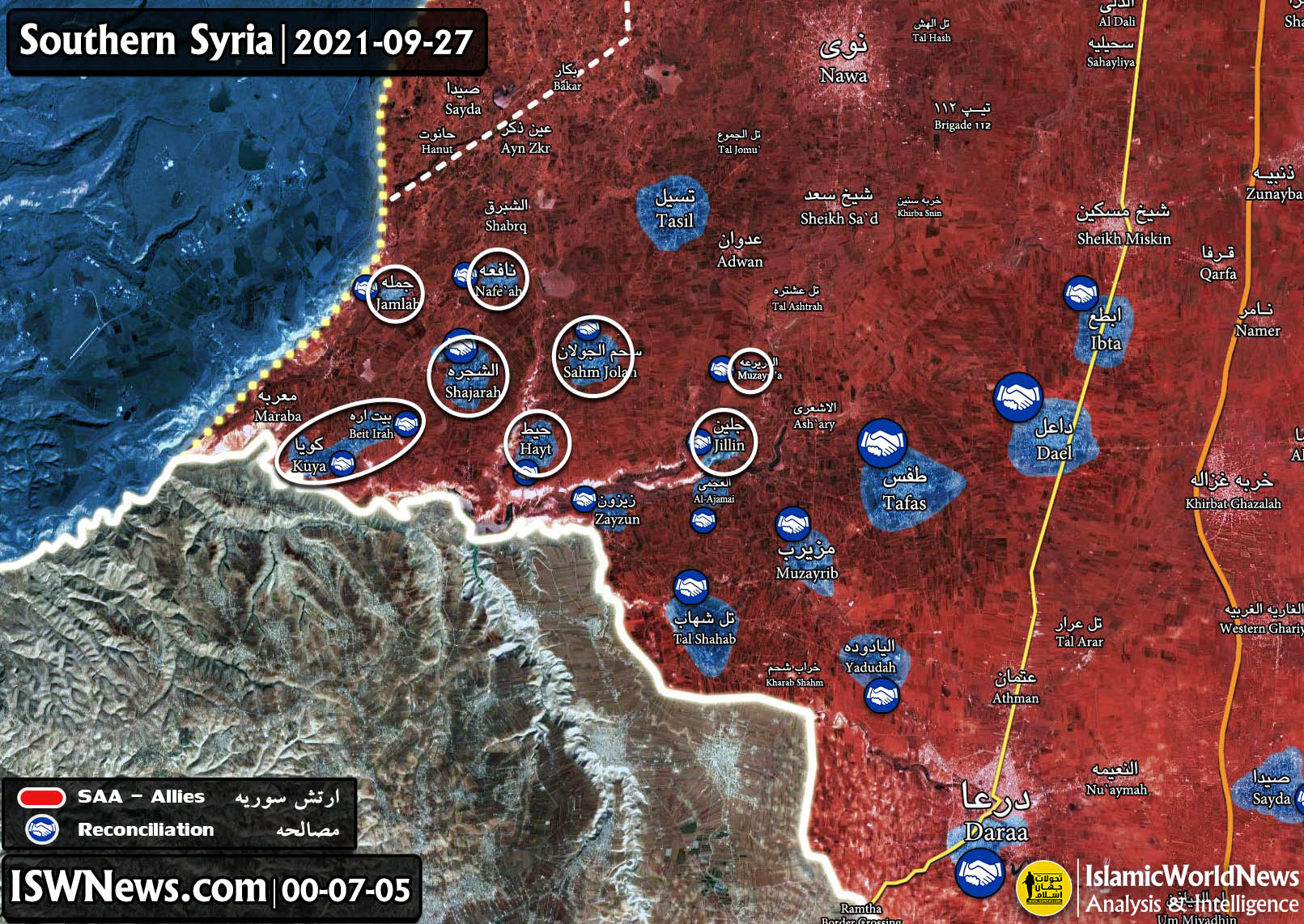 ISWNews Analysis Group: In order to achieve national reconciliation and determine the status of the militants and fugitive soldiers living in Daraa province, Syrian Army forces were deployed in other areas of the western suburbs of Daraa province.

As part of the national reconciliation, Syrian Army forces entered the areas of Saham al-Golan, Hayt, Jallin and al-Muzayra’h in the western suburbs of Daraa yesterday morning, and the process of determining the status of the militants and conscripts began.

On September 27 and a few hours ago, the Syrian army entered the areas of al-Shajrah, al-Qusair, Abedin, Nafe’ah, Jamlah, Beit Irah and Kowaya, located in the northwest of Daraa, after reaching an agreement with the militants. Images from local sources also show that the Syrian army is increasing its forces in al-Shajrah area to prevent any security problems in the region.