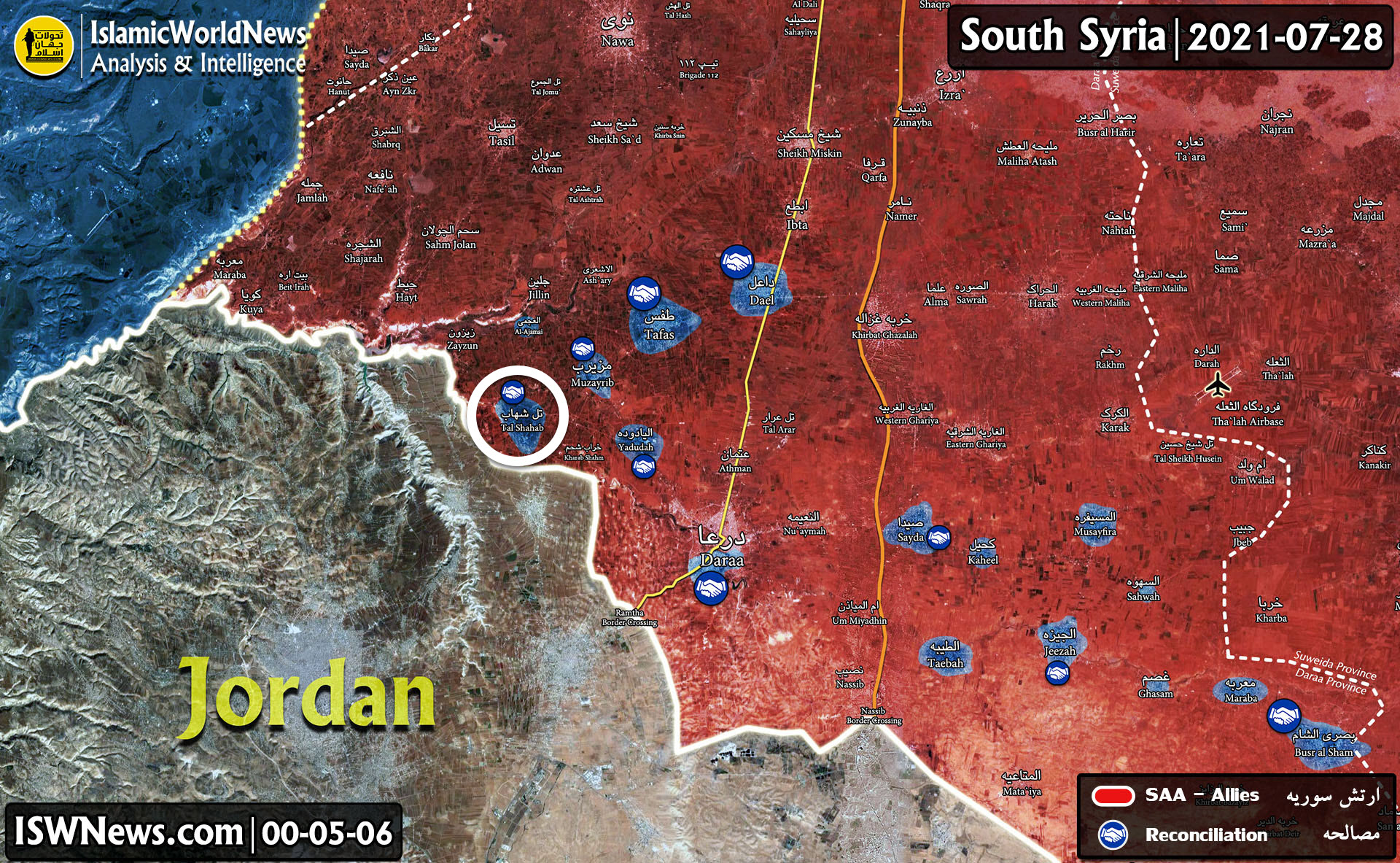 ISWNews Analysis Group: After several town in Daraa province joined the reconciliation plan and reached an agreement with the Syrian army, the town of Tal Shahab also joined the new national reconciliation.

Following the reconciliation and ceasefire plan in Daraa province between the Syrian army and the militants, the town of Tal Shahab, located in the west of Daraa, joined the plan and the Syrian army entered the town with the Russian military police. On September 21, Syrian Army and Russian troops deployed to a school in the town of Tal Shahab and began determining the status of fugitive soldiers.

In order to increase the Syrian government’s control over Daraa province, counter terrorist acts and establish security, the Syrian army has sent several armored vehicles and a number of troops to the al-Dawar checkpoint on the outskirts of Jalin in western Daraa, and a military convoy of 20 vehicles deployed another batch of troops west of the Nawa city.
Following the relative security situation in the city of Yadoudah, Syrian Army forces, along with Russian military police and the Daraa Central Committee, began searching for suspicious areas.

The cities of Tafas, Yadoudeh and Muzayrab, along with other cities such as Dael, Tal Shahab, Saida are among the areas that joined the national reconciliation during the large-scale operation of the Syrian army in 2018 to liberate the occupied areas in the south of the country.