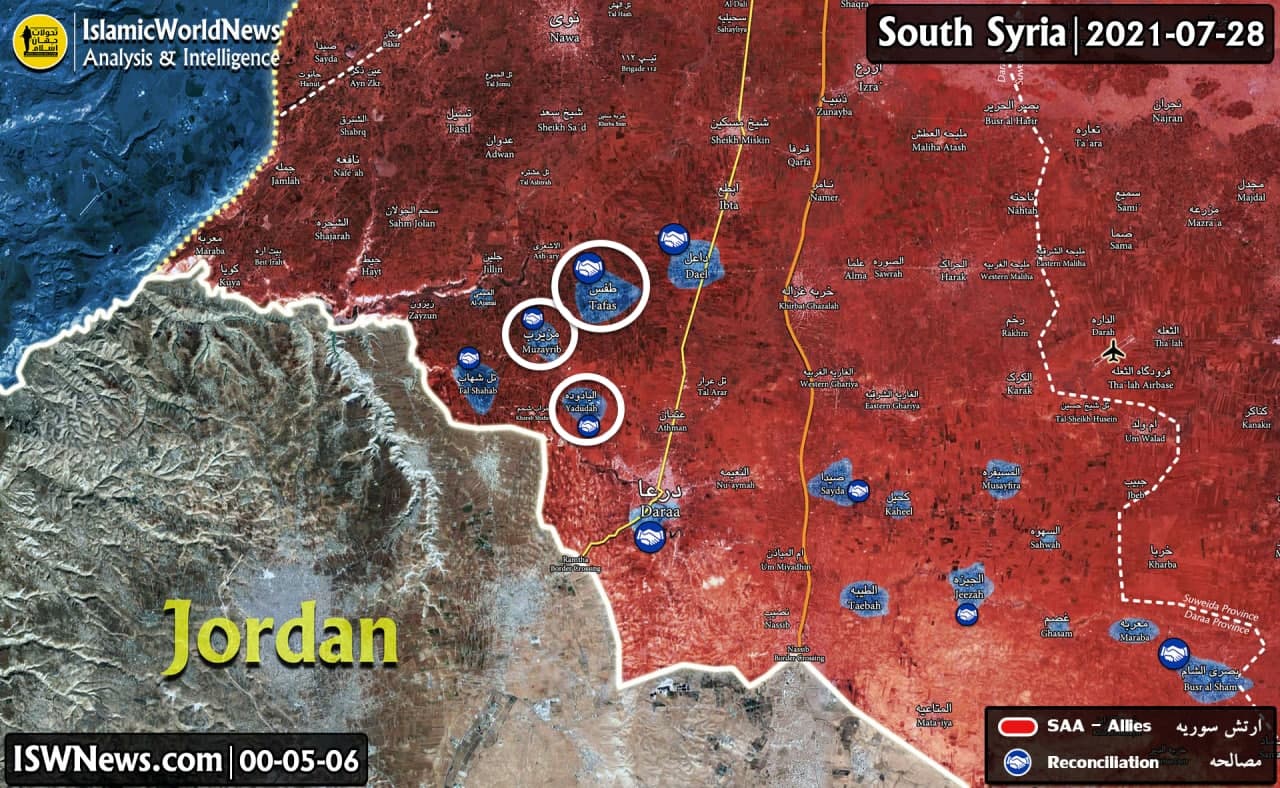 ISWNews Analysis Group: Following the ceasefire between the militants and the Syrian army in Daraa province, several other cities in the province joined the reconciliation agreement.

After establishing a ceasefire in Daraa al-Balad neighborhood and the return of relative security in some areas of Daraa province with the presence of Syrian Army forces and Russian military police, the militants present in the cities of Tafas, Yadouda and Muzayrab also joined the reconciliation plan and handed over their weapons to the Syrian army. On Thursday (September 16th), Syrian Army forces stationed in some parts of the city of Muzayrab and raised the official Syrian flag.

The militants in the city of Tafas also handed over their weapons to the Syrian army and pledged to refrain from terrorist and anti-security activities. So far, all kinds of weapons (launchers, machine guns, anti-tank missiles and individual weapons, etc.) have been confiscated by the Syrian army, and the process of handing over weapons, determining the status of militants and fugitive soldiers in the city of Tafs continues.

The cities of Tafas, Yadoudeh and Muzayrab, along with other cities such as Dael, Tal Shahab, Saida are among the areas that joined the national reconciliation during the large-scale operation of the Syrian army in 2018 to liberate the occupied areas in the south of the country.