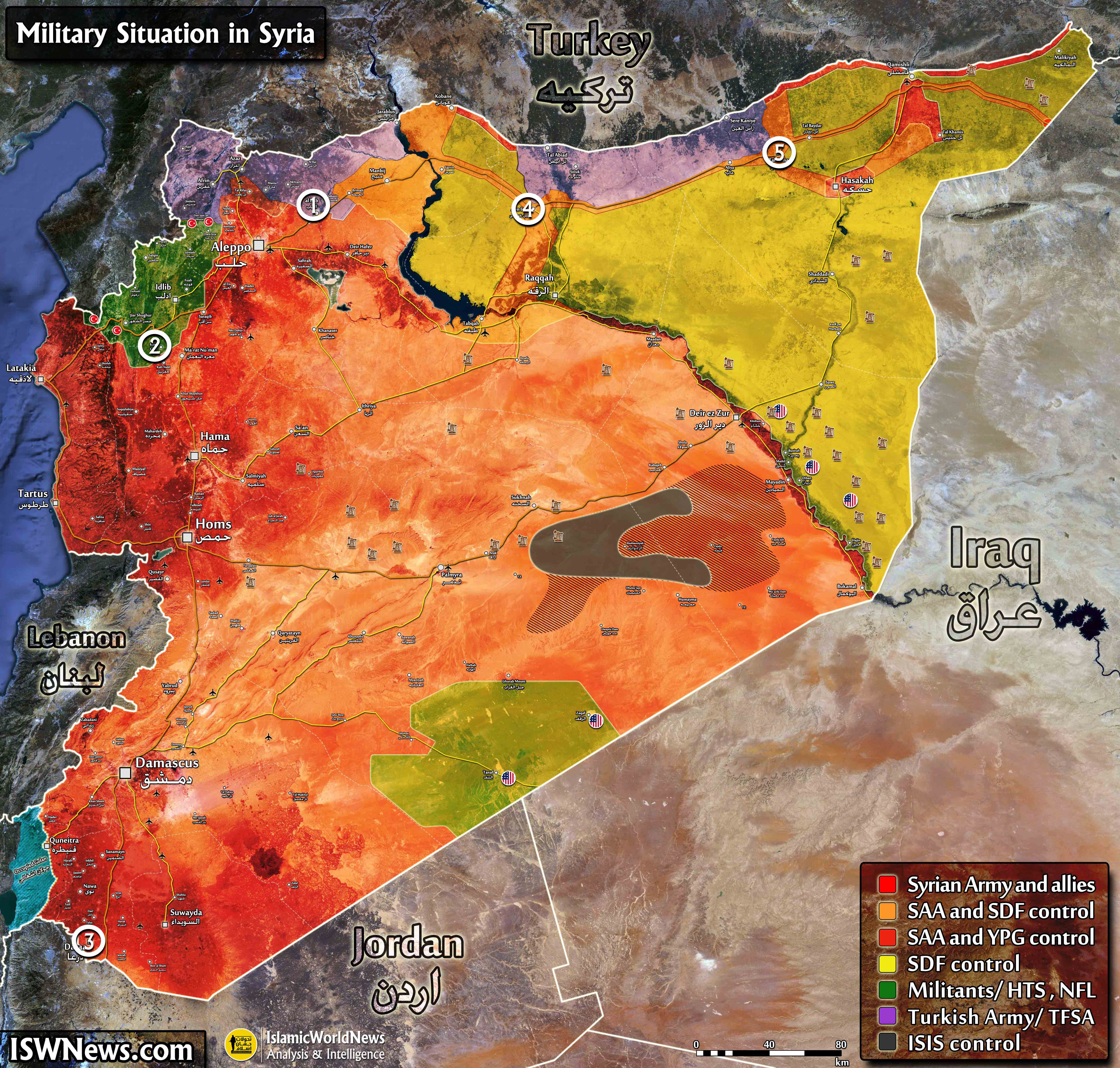 ISWNews Analysis Group: According to the Russian Center for Reconciliation in Syria, the militants violated the ceasefire 28 times in the Idlib region.

1- Aleppo:
– A car bomb exploded in the city of Al-Bab. Four civilians were injured in the blast.
– Turkish-backed artillery attacked the Shahba region.

4- Raqqah:
Two civilians were killed in Turkish-backed artillery attacks on the outskirts of Ain Issa.

5- Hasakah:
Turkish-backed artillery attacked the northern outskirts of the city of Tal Tamar.

7- Six ISIS operatives were killed in a Russian fighter jet attack on ISIS hideouts in the Syrian desert.

8- ISIS issued a statement claiming responsibility for a terrorist attack on a gas pipeline that resulted in a power outage in Damascus.

9- According to the Russian Reconciliation Center in Syria, the militants violated the ceasefire 28 times in the Idlib region, of which 3 were in Aleppo province, 6 in Latakia, 3 in Hama and 16 in Hama.