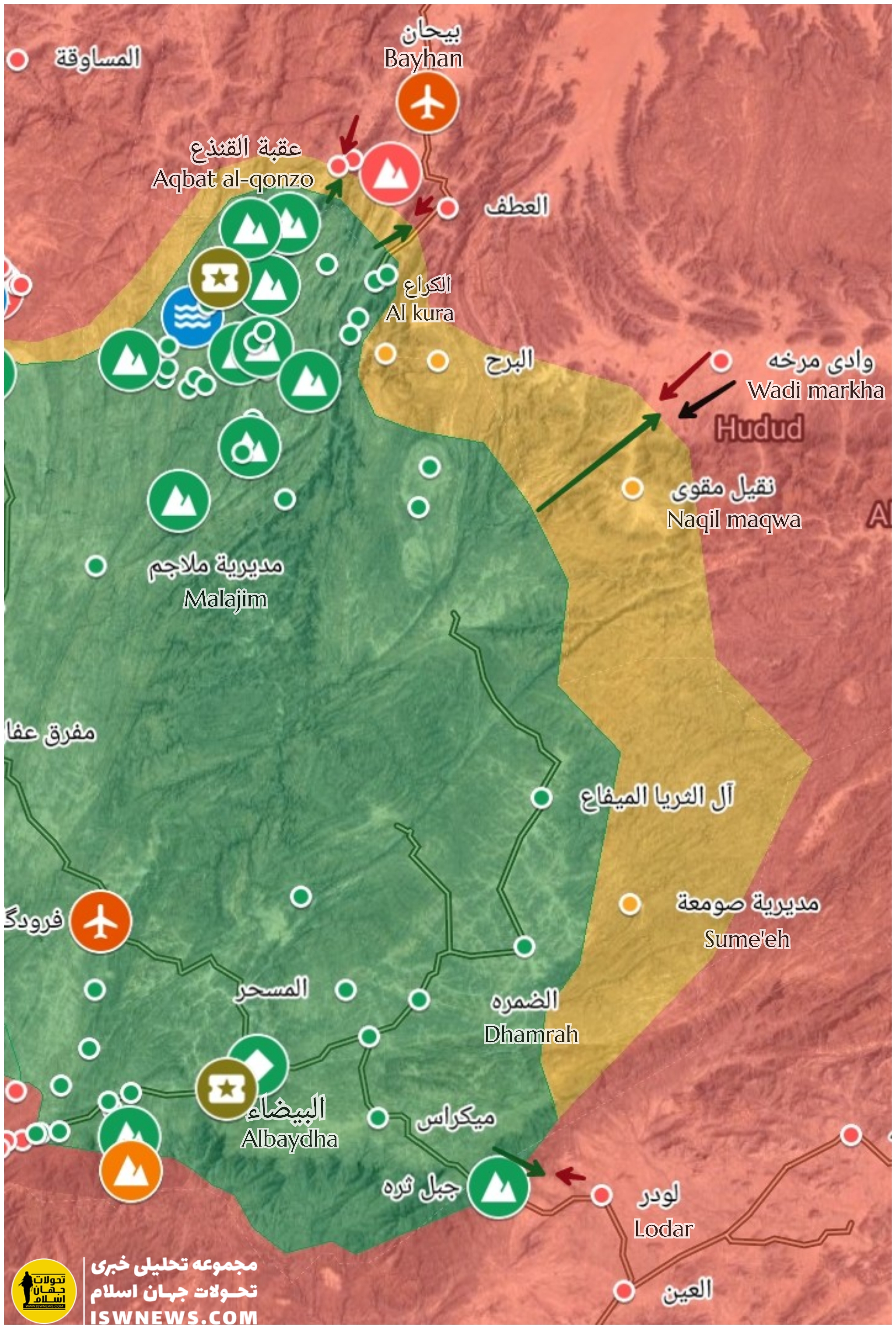 ISWNews Analysis Group: Ansar Allah and popular committees has succeeded in advancing to the heights of Markhah Olia and Sufla districts in the west of Shabwah province.

Following the increase of Ansar Allah activities in the northeast of Baydha and west of Shabwah provinces, the Saudi coalition warplanes have carried out several airstrikes in these areas, in which seven civilians were killed in an airstrike in the Naqil Maqwa area. The Saudi coalition has also sent reinforcements to the Bayhan and Usaylan areas and has taken defensive measures to protect oil fields from Ansar Allah attacks.

Ansar Allah’s attacks have now targeted the strongholds of Mansour Hadi and al-Qaeda militants who were in al-Baydha province and retreated to Shabwah. Therefore, large-scale operation in Shabwah province is not currently considered by Ansar Allah, and it can be said that the aim is to avert the threat of coalition attacks to the north of al-Baydha province.

However, if progress is to be made in Shabwah, the points that are important for Ansar Allah are: 1- The route from Ataq to Marib 2- The oil fields north of Bayhan and Usaylan 3- The oil pipeline of Belhaf-Marib.

If Ansar Allah continues to advance in the coming days, we will examine further the developments of Shabwah province.