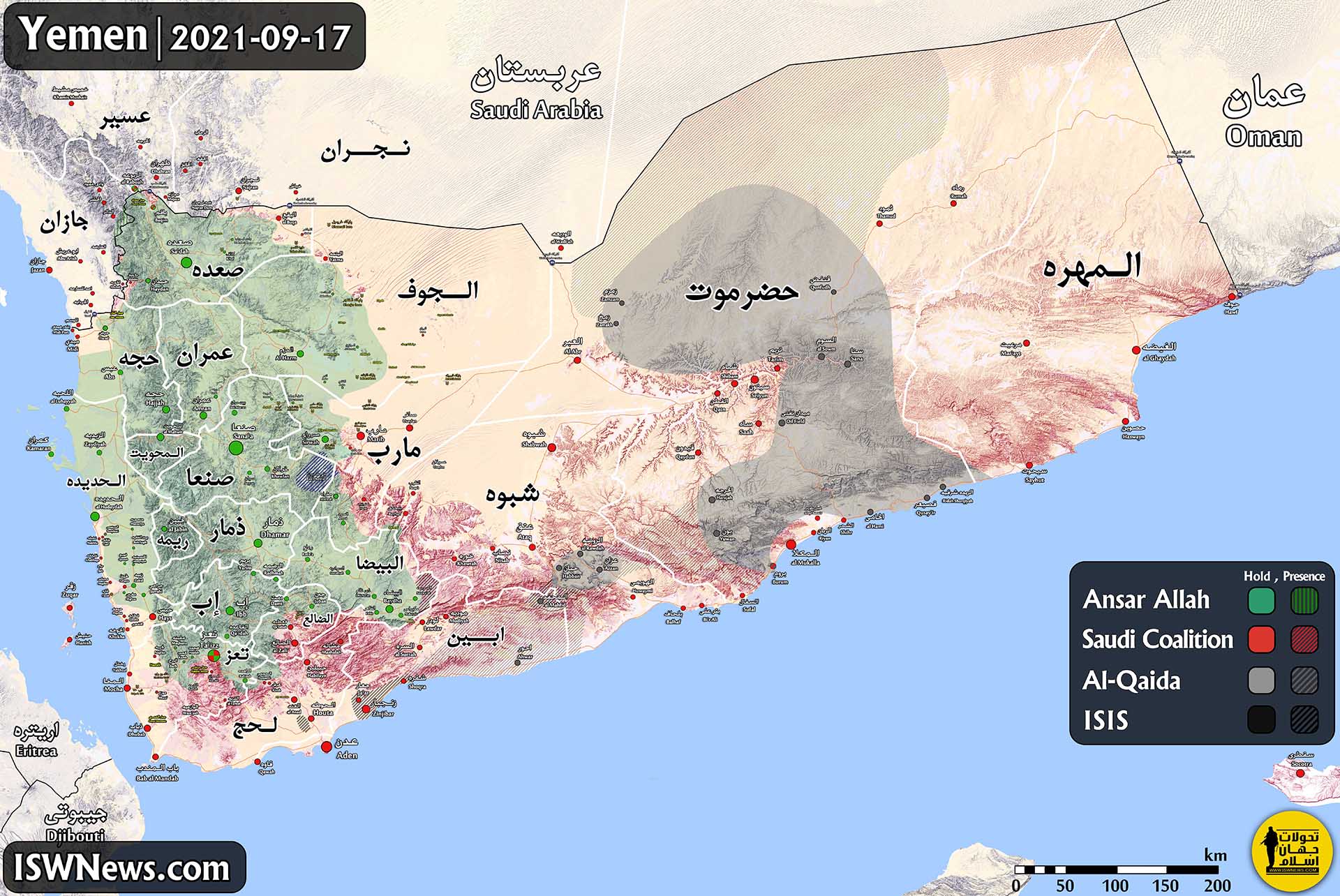 During the last six months, most of the clashes between Ansar Allah and the Saudi coalition have been concentrated on the fronts of the provinces of Marib, Al-Baydha, al-Jawf, Taiz and Saadah.

In general, the lines of conflict on the Mairb, Al-Jawf, Saadah and Taiz fronts have not changed much compared to the last six months. On these fronts, some areas, such as Dash al-Haqan and Hamat al-Hamra in the west of Marb or Shahla mountain in the east of al-Jawf and al-Kadhah in the west of Taiz, have been handed over several times between sides and no serious change in the lines has taken place.

According to Ansar Allah’s statement regarding Operation Marib, it seems that the liberation of Marib has gone beyond Ansar Allah’s goals and priorities, and additional operations in al-Baydha province and several other points are on the agenda.