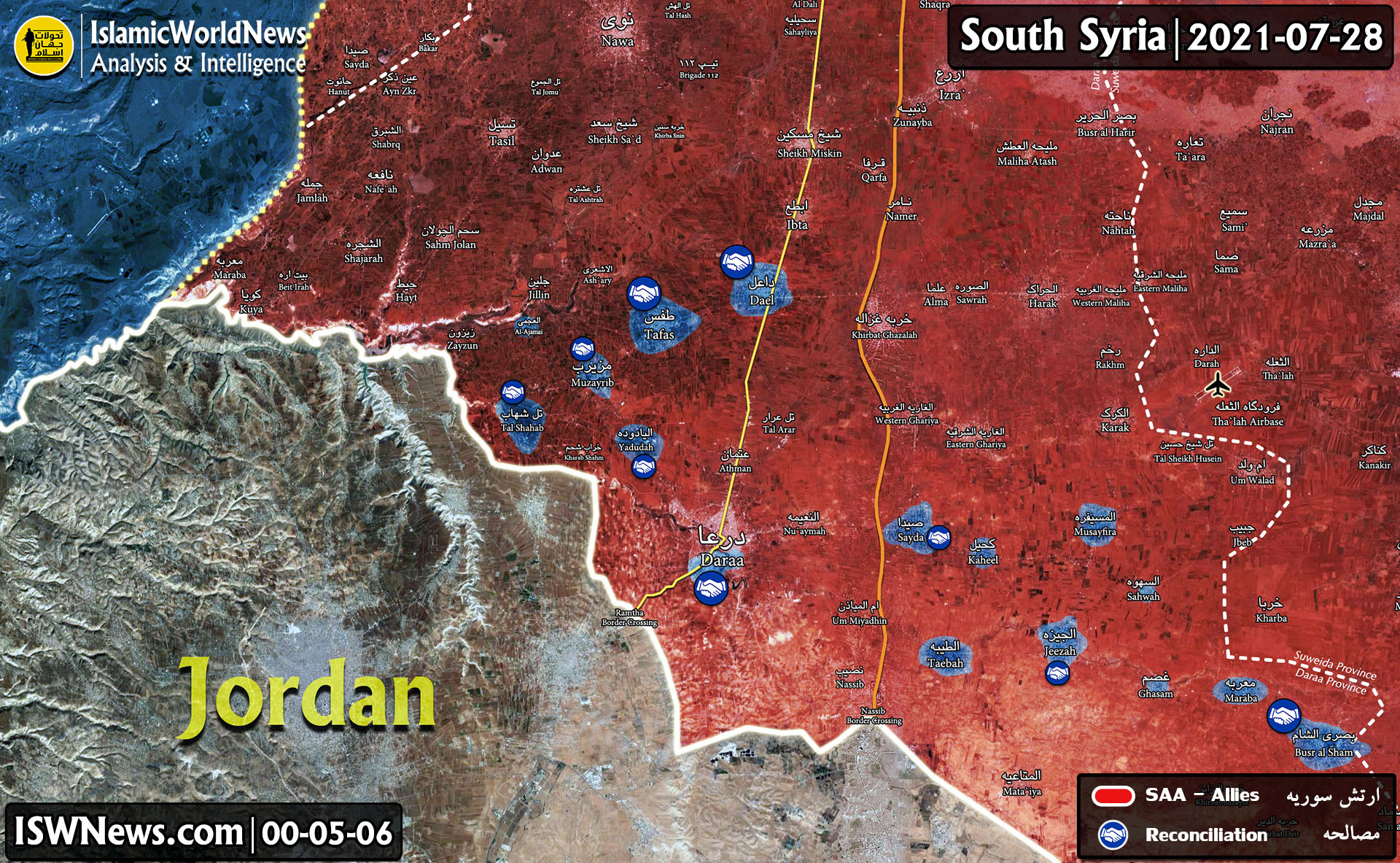 The Syrian army has been sending equipment and reinforcements to Daraa for several days now, so that in the event of a conflict, there will be the necessary conditions for the support of Syrian army units stationed on the outskirts of this neighborhood.
According to the latest information, the Syrian army has been deployed to Deraa in the areas of Al-Manshiyah, Al-Dahiyah, Gharz Prison, Al-Baladi Stadium. A media outlet close to the militants also said that government forces transferred military equipment and 300 troops from the eastern suburbs of Daraa to inside Daraa on Saturday morning.

Currently, Syrian army forces are stationed on the outskirts of the neighborhood, and clashes have continued sporadically since yesterday. Some residents of Daraa al-Balad neighborhood have also taken refuge in areas controlled by the Syrian army to save their lives.