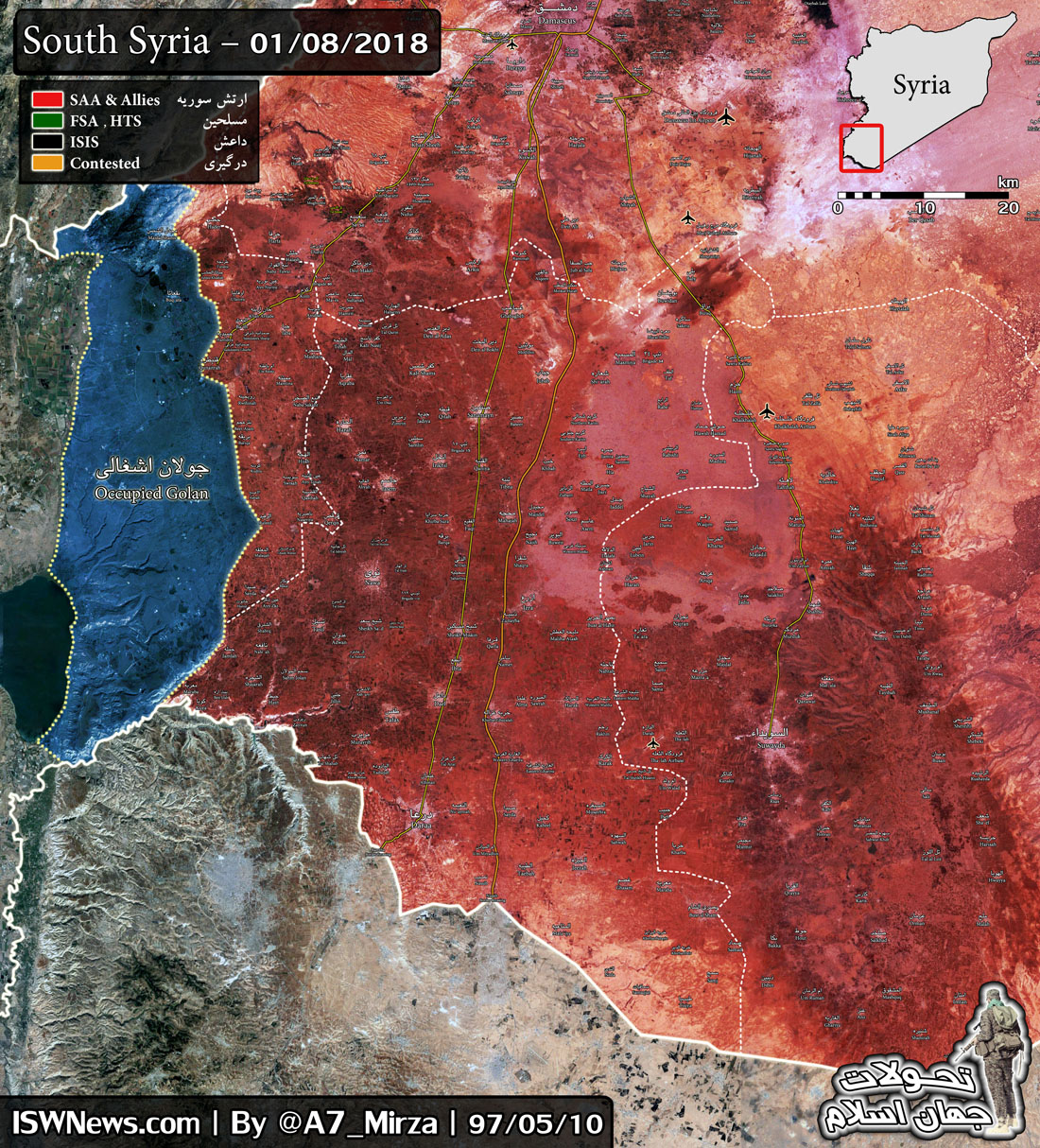 Islamic World News Analysis: After entering Syrian Army to the remainder of the area of Quneitra province and rebels evacuating Quneitra and Daraa provinces, control of south of Syria is once again in the hand of the Army after several years.

During the last few days, Syrian Army could reclaim the entire border between Quneitra province and occupied Golan.
Army troops also entered other areas of Quneitra province such as Ufaniya, Jubata al Khashab and Ber Ajam, which were occupied by militia.