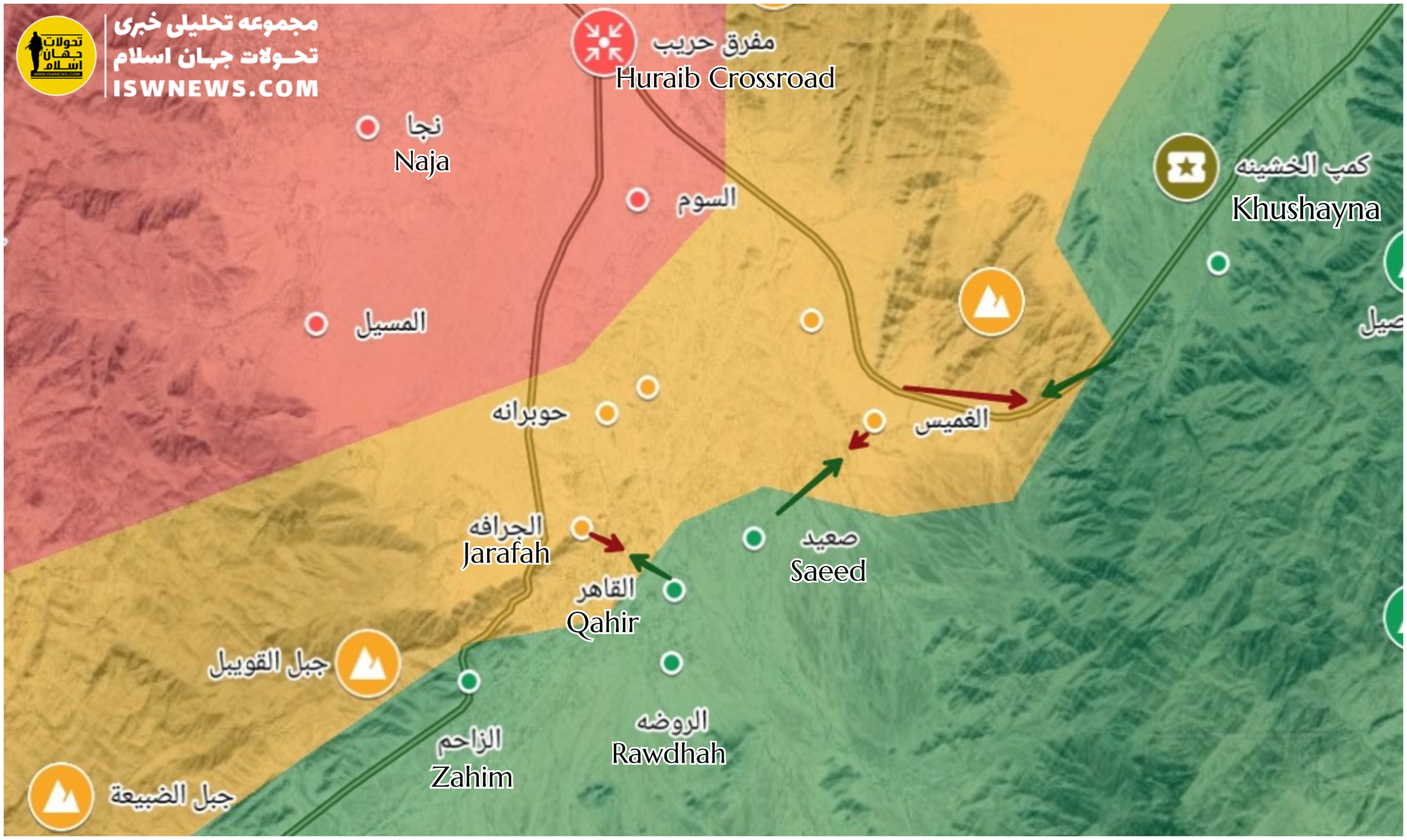 ISWNews Analysis Group: Clashes between Ansar Allah and the Saudi-led forces continued on the southern and western fronts of Marib province.

In recent days, Ansar Allah has succeeded in liberating al-Rawdha, Sa’id and al-Qaher areas in the south of al-Jubah district from the control of the Saudi-led forces, and clashes continue on this axis.

In the western axis of Marib province, clashes are also taking place in Dash al-Haqan and Wadi Nakhla, and the claim that Ansar Allah is advancing in al-Khashab and north of al-Suwaida camp is not true.

Ansar Allah also targeted the Sahn al-Jinn camp with a missile yesterday, which the Saudi-affiliated media claimed to have hit residential areas, which is also not true.