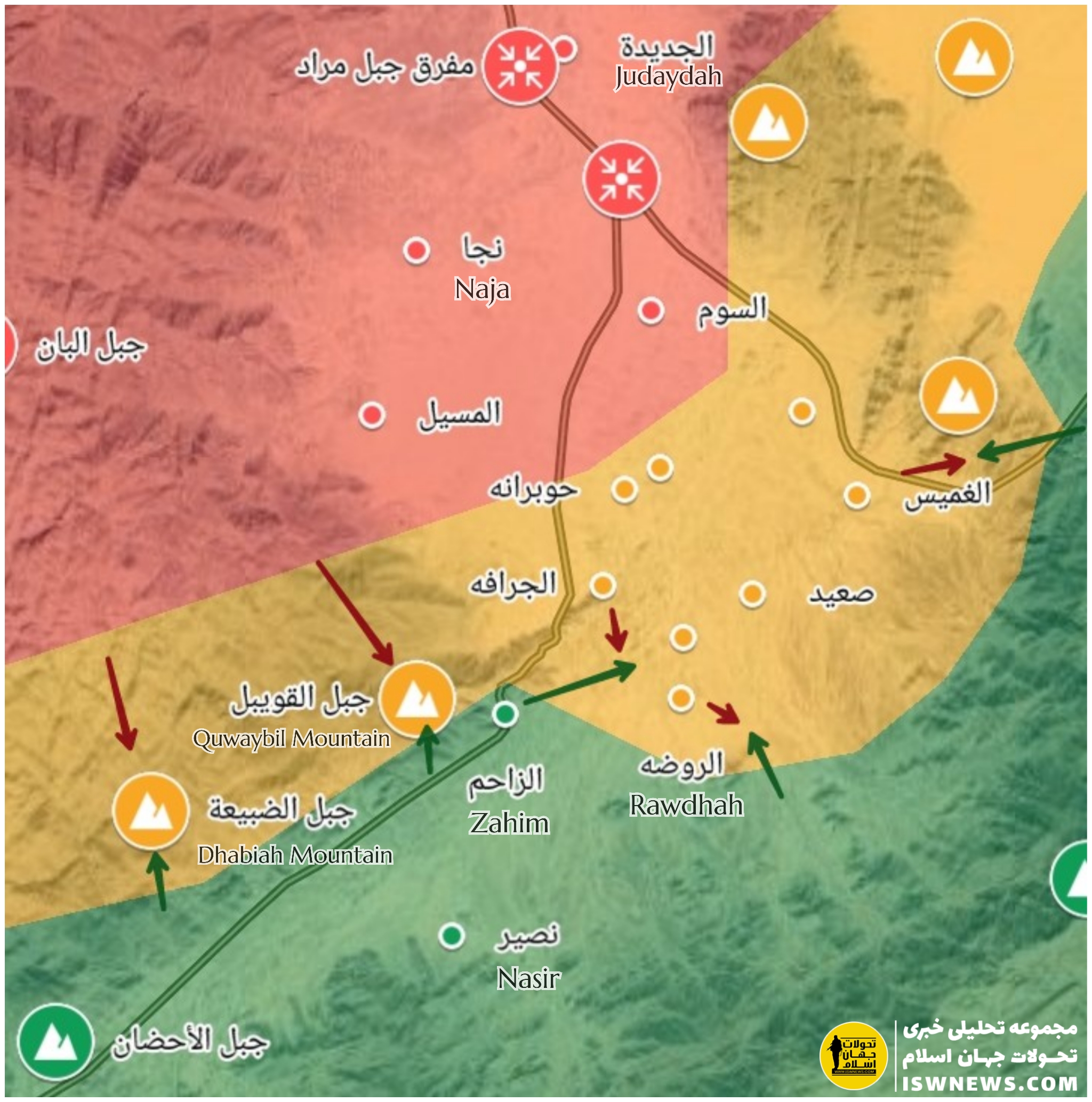 In the past 48 hours, Saudi coalition warplanes bombed al-Jubah and al-Harib fronts 53 times. One woman was martyred and three others, including two children, were seriously injured in an airstrike in the al-Salah area in the Harib district.

Negotiations on the al-Abdiyah front have not led to an agreement, and the siege continues with Ansar Allah attacks on the positions of the tribes who are oppose to Ansar Allah. On the Sarwah front, the clashes are scattered and there has been no change in the contact lines.

In general, the clashes are taking place in the southern axes of al-Jubah and the eastern suburbs of Usaylan, and Ansar Allah is consolidating recent progress.