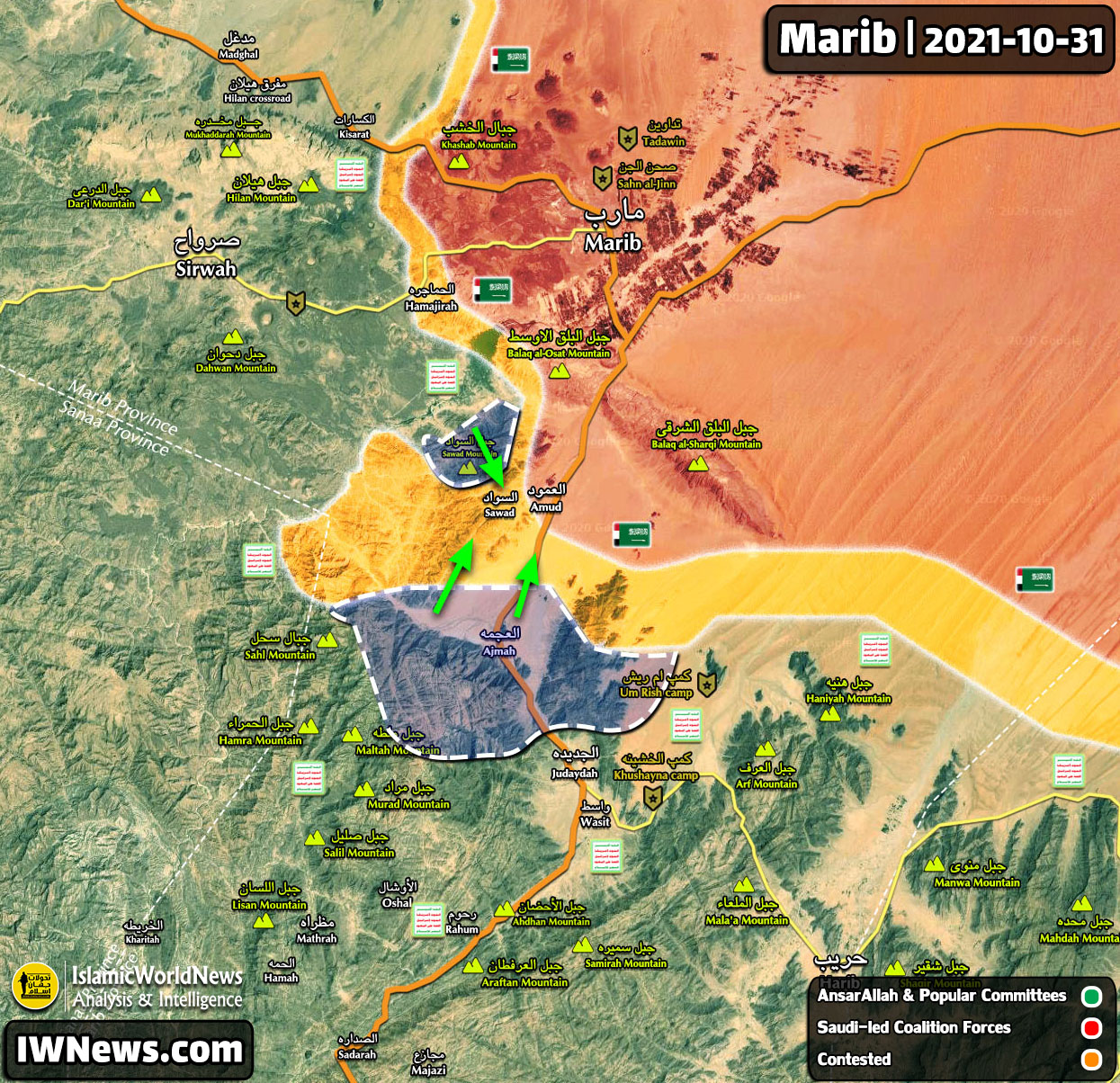 According to ISWNews field source; Ansar Allah has succeeded in liberating the areas of Masqa, Mahwal, Hasamah, Harjah, Ya’rah, ‘Ajma, Be’r Sheikh wa Husur and Sawad Mountain (blue areas) from the control of the Saudi-led forces. With the liberation of these areas, Ansar Allah moved one step closer to the south of the city of Marib, and the distance to the city of Marib from the southern fronts has reduced to 28 kilometers.

Saudi coalition warplanes have also bombed al-Juba district 24 times in the past 48 hours, which has had little effect on the Ansar Allah advances in southern Marib.