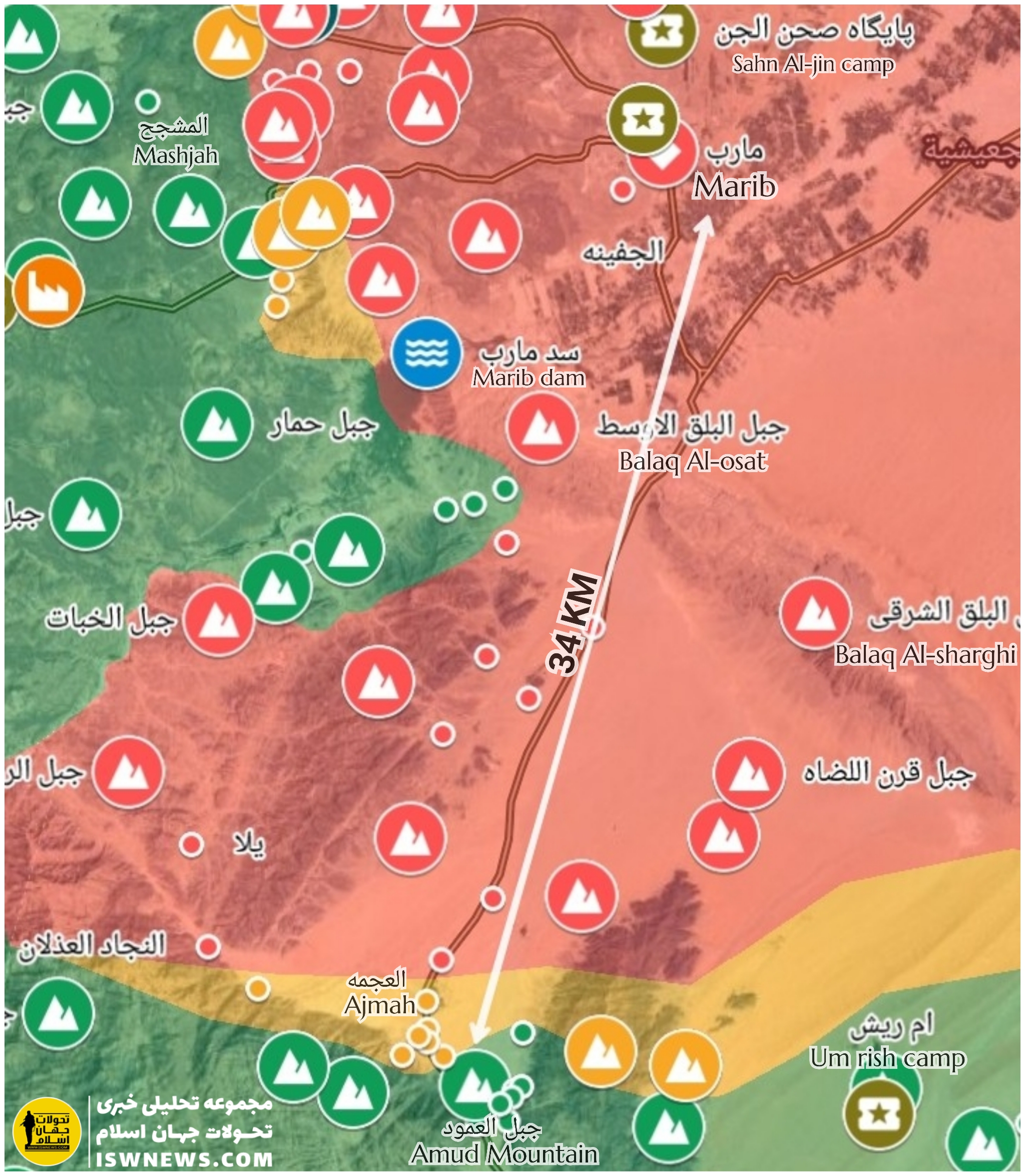 ISWNews Analysis Group: Ansar Allah has reached 34 km from the south of Marib city and the advances continue to the southern heights.

According to the latest news from the southern front of Marib, Ansar Allah and popular committees has succeeded in liberating the villages of Jarshah, Sha’ab al-Bir, Suwayda, Muwais, Atfah, Dhayq, Safhah and heights of Zibah, Sahl and Amud in the north of al-Jubah district. With these advances, the distance of Ansar Allah from the southern fronts to the city of Marib has reached to 34 km.

It seems that the ultimate goal of Ansar Allah in the southern axis is the al-Balaq al-Sharqi heights, and in order to achieve this, it is possible to activate the western fronts of the city and the southwestern part of Marib Dam. Reaching the al-Balaq heights will pave the way for the liberation of the city of Marib, and as we mentioned in the previous analysis, there is a possibility of liberating the city without conflict, and after the al-Balaq heights, almost no other strategic position will remain for the Saudi coalition.