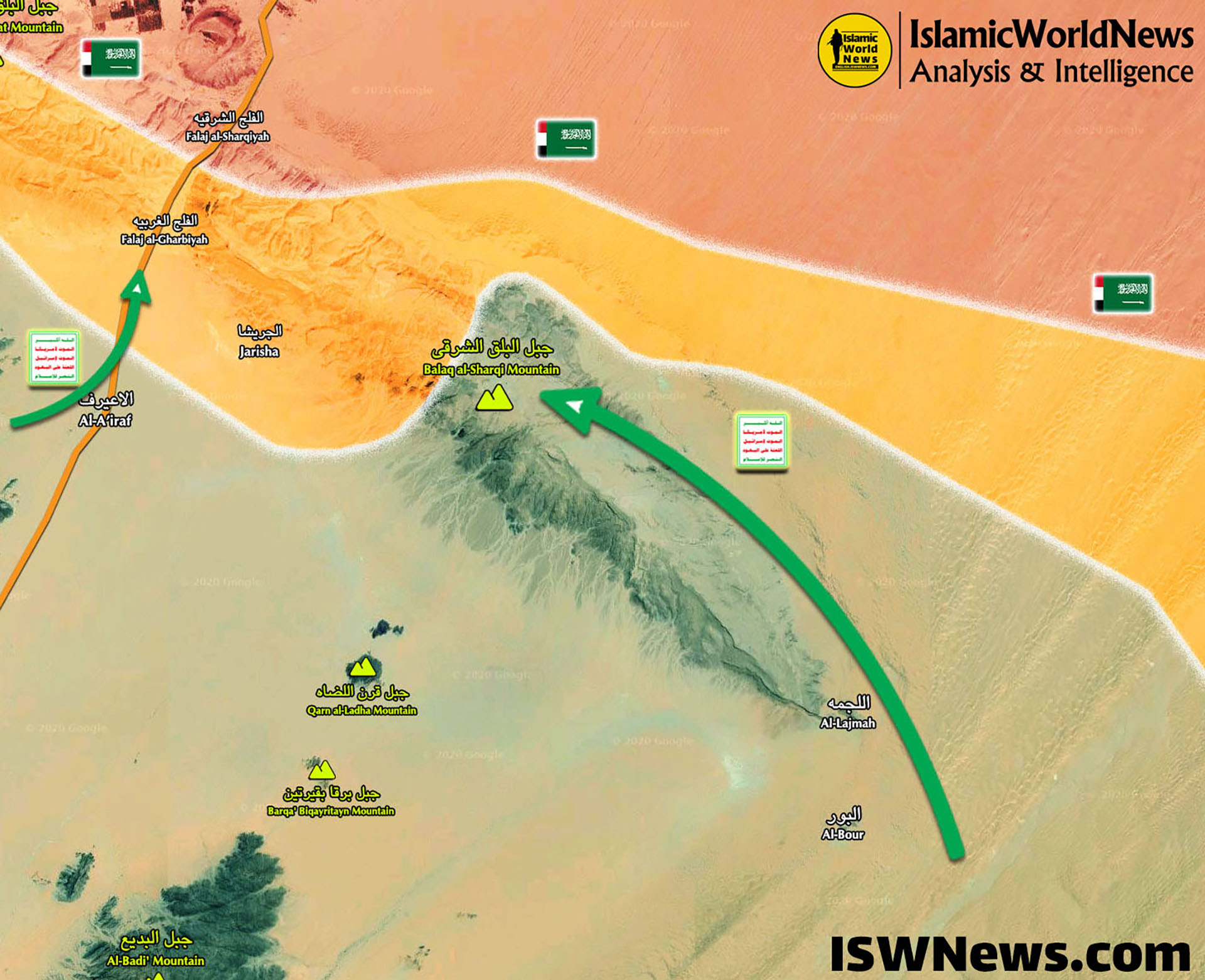 ISWNews Analysis Group: Following the clashes south of the city of Marib, Ansar Allah managed to liberate parts of the al-Balaq al-Sharqi mountain from the control of the Saudi-led forces.

Fighting is currently underway to liberate the remaining half of the al-Balq al-Sharqi mountain. The Saudi coalition is strongly resisting in these areas, and various groups have entered the campaign under the command of the Saudi coalition, from ISIS to Tariq Saleh and etc.

Saudi coalition warplanes have bombed the southern and western fronts of Marib 111 times in the past four days, which is a heavy bombardment due to the small size of the front.

Al-Balaq heights is the Saudi coalition’s last defensive position south of the city of Marib, and its liberation is likely to lead to a complete withdrawal of Saudi-led forces from the city of Marib. Because the forces loyal to Mansour Hadi and other groups under the command of the coalition (al-Qaeda, ISIS, the Tariq Saleh forces, etc.) are not able to confront the Ansar Allah fighters in a ground battle. This scenario is more likely to happen with the arrival of Ansar Allah “Kataeb al-Mawt” (Death Battalions) special forces.