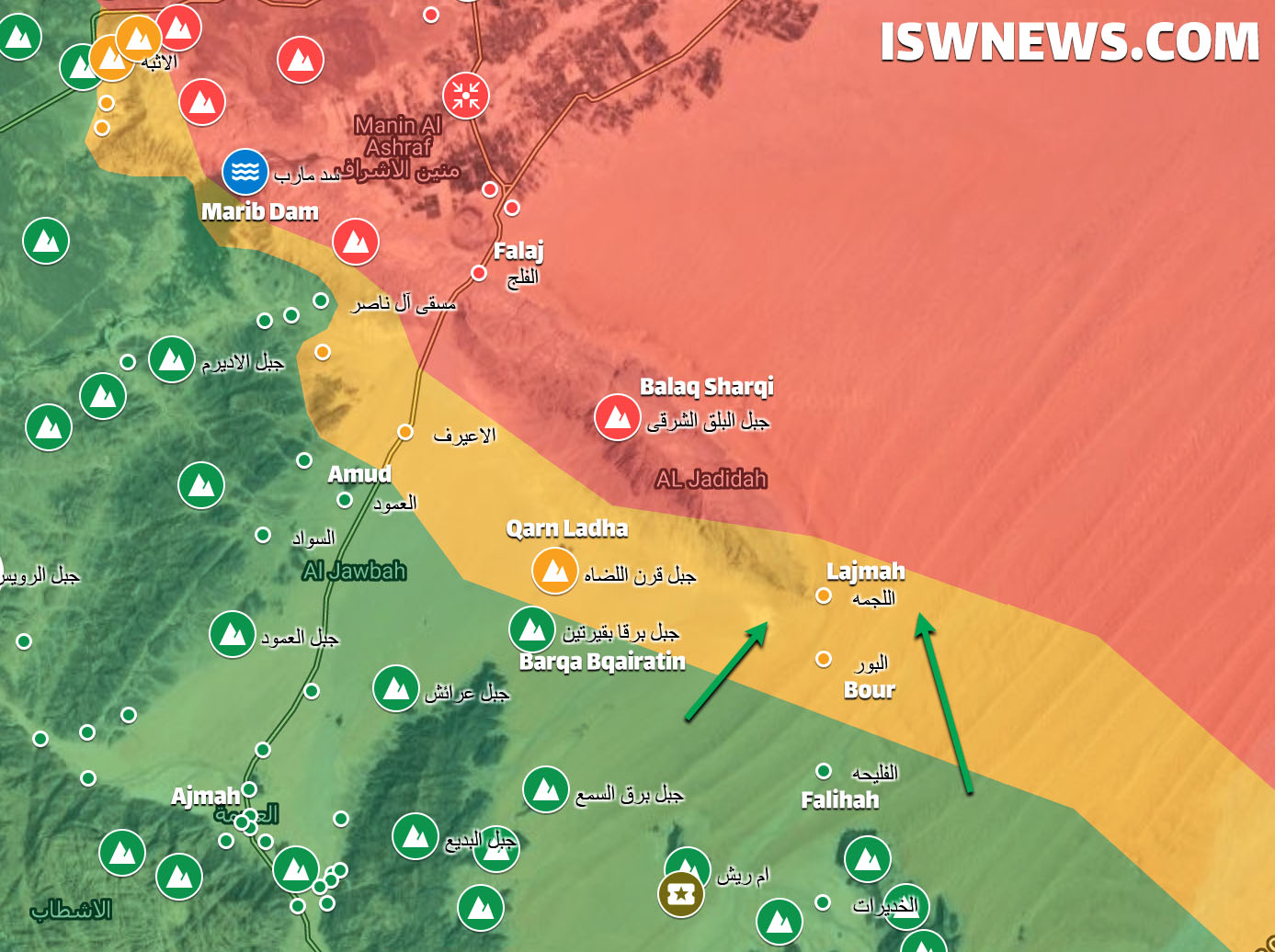 ISWNews Analysis Group: Following the clashes between Ansar Allah and the Saudi-led forces in the south of Marib province, Ansar Allah succeeded in liberating the Faliha area near the al-Balaq al-Sharqi mountain.

1- Marib:
– Ansar Allah and popular committees captured the Faliha area near the al-Balaq al-Sharqi mountain.
– A car bomb explosion was reported near a mosque in the al-Kolah area of Marib. The explosion reportedly orchestrated by al-Qaeda or ISIS.

3- Al-Hudaydah:
– The Saudi-led forces have violated the ceasefire 527 times in the past 48 hours.
– The Saudi coalition drones have bombed al-Faza area 7 times and al-Jabaliya area 3 times.
– Al-Amalaqah forces evacuated their positions in the south and east of the city of Al-Hudaydah, Kilo 16, al-Jah and the village of Taif on the outskirts of al-Durayhami, and headed for Aden. The retreat follows recent dispute between al-Amalaqah and Tariq Saleh and their heavy casualties in Ansar Allah missile and drone strikes.

5- Al-Jawf:
Mansour Hadi’s forces claimed to have shot down an Ansar Allah spy drone in the al-Yatmah area.