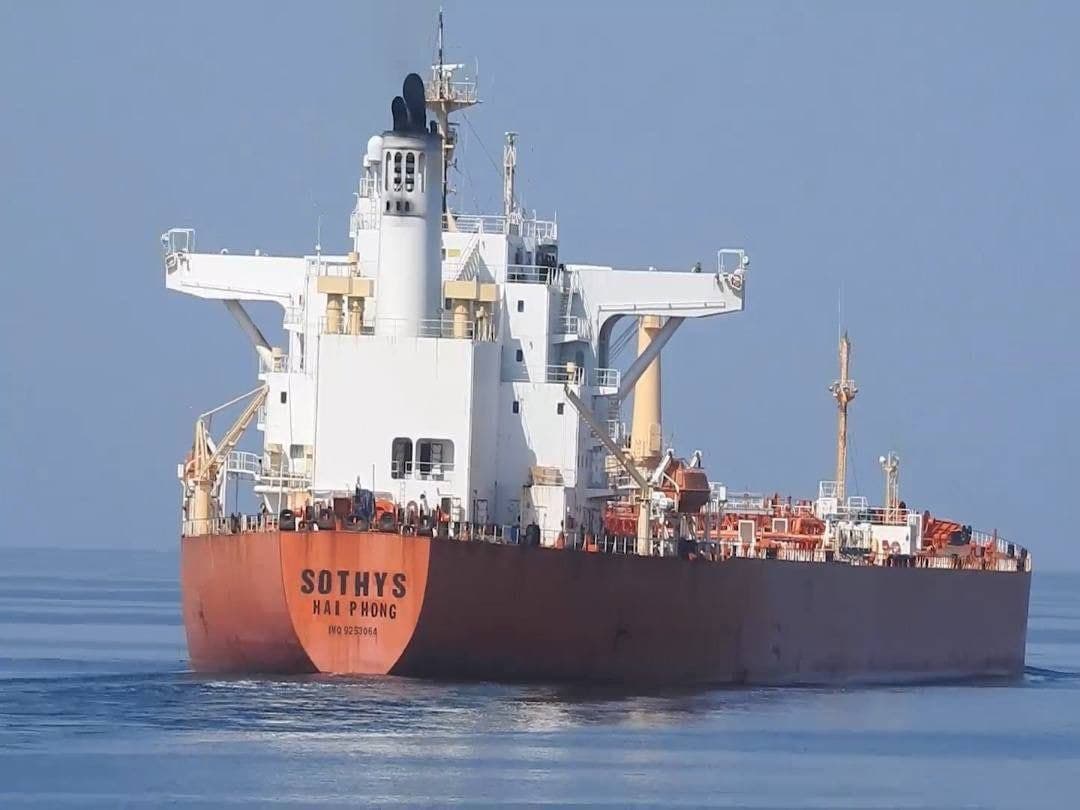 The Sothys left a position off Iran’s Bandar Abbas port and had reached international waters in the nearby Gulf of Oman early Wednesday.

“Admiral Tangsiri” the commander of IRGC Navy said in a meeting with “General Salami” the commander of the IRGC in this regard:
“After a long period of intelligence work and continuous monitoring, when the tanker carrying the stolen Iranian oil was about 40 miles off the coast of Jask and in international waters, the selected units began to seize and transfer the tanker to the territorial waters and the coast of our country.
With an airdrop operation and the deployment of IRGC special forces on SOTHYS’s deck, American warships approached the scene and took up the warlike position. To prevent our mission from being carried out, the Americans twice flew their drones and helicopters in support of the oil thieves.
The Americans’ claim that “we had only monitored the seizure” is a big lie.
The distance of American ships with our ships and forces was less than 30 meters. If they were to monitor, they could do so from a distance or even by using planes and drones.”

The operation to retrieve Iranian oil by the IRGC navy took place on October 25, which was met with a reaction and a state of war between American warships and helicopters. After that, on November 3, the IRGC described the incident and released documentary videos of the confrontation, which were accompanied by contradictory denials and claims by the United States.