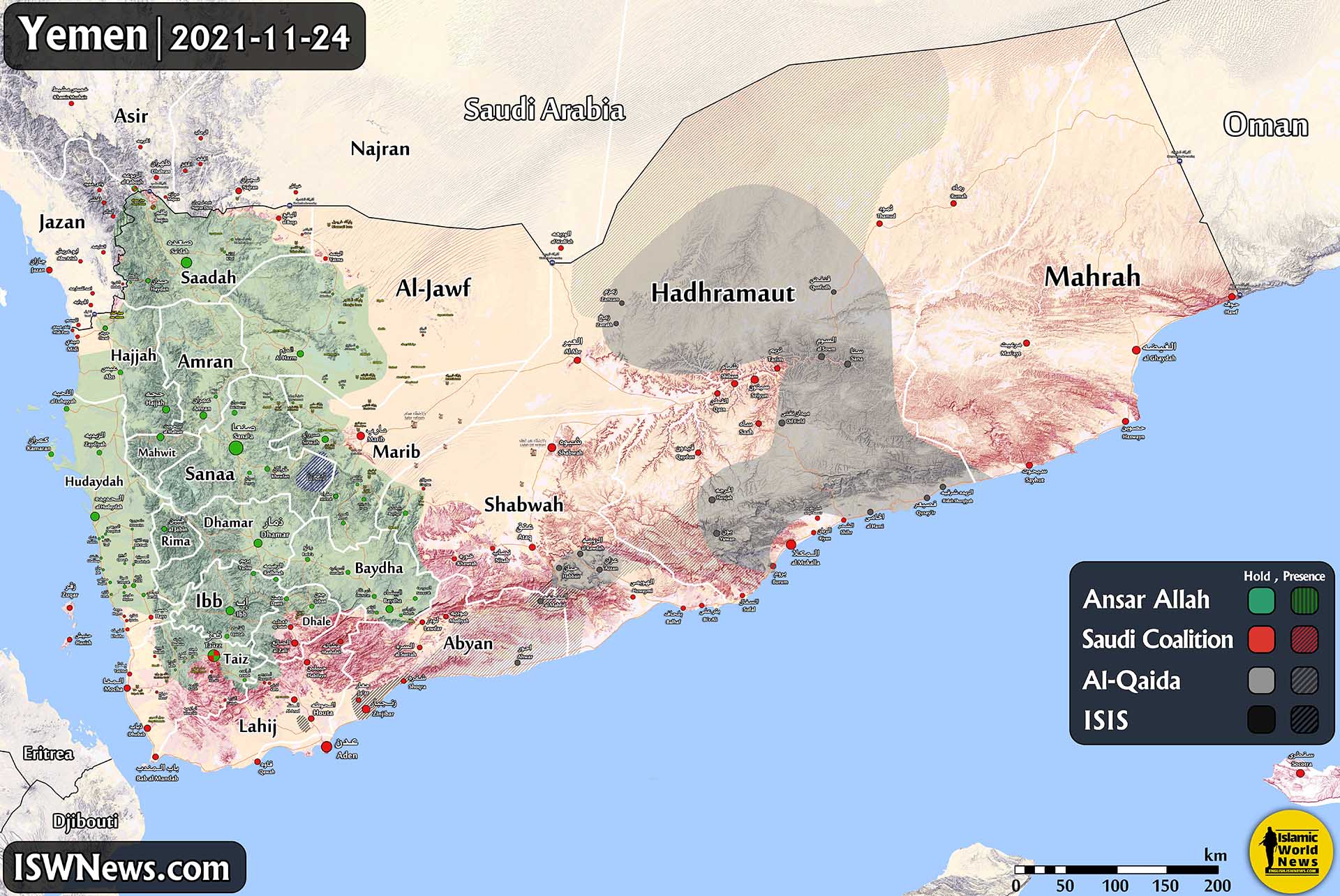 Marib:
In the central axis of Yemen, Ansar Allah has succeeded in liberating the al-Jubah district center and the northern areas of this district, as well as the district of Jabal Murad (without clashes), following Operation Rabi al-Nasr. This important advance has led Ansar Allah to the southern entrance of the city of Marib, and clashes have been going on since November 2 in the suburbs of the al-Balaq al-Sharqi and al-Balaq al-Awsat heights.

Al-Hudaydah:
On November 12, the Saudi coalition command issued an order to withdraw from the city of Al-Hudaydah and the west coast of Yemen. During this retreat, the National Resistance forces, including the forces under the command of Tareq Saleh, Tahamah, Amalaqah and joint forces, evacuated the northern and eastern areas of al-Hudaydah city and the western areas of al-Durayhami, al-Jah, al-Tuhayta.

Read more: Saudi coalition Withdraws From the City of Al-Hudaydah and the West Coast of Yemen

On the other hand, on November 18, Tareq Saleh forces launched an operation called “Golden Arc” in the south of al-Hudaydah province and the west of Taiz province, with the aim of securing the positions of the Saudi coalition on the west coast, which has not achieved significant results so far. So far, Ansar Allah has managed to repel most of Tareq Saleh’s ground attacks by carrying out the eighth deterrent balance operation and several other missile and drone operations.

Clashes continue sporadically on other fronts in al-Jawf, Saadah, al-Baydha, Hajjah. etc., and there has been no major changes on frontlines.