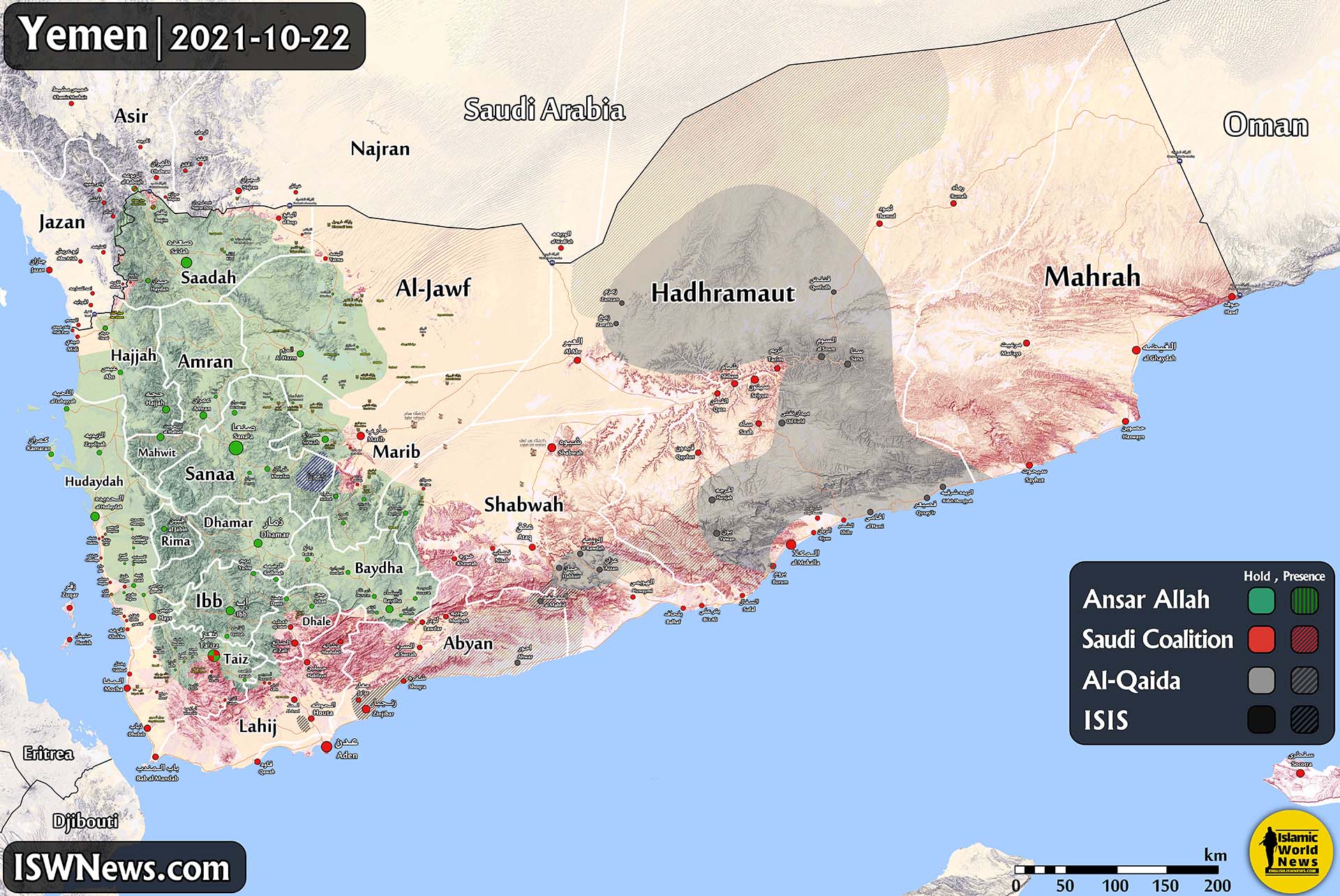 Al-Baydha:
During Operation Fajr al-Hurriya, Ansar Allah succeeded in completely clearing the districts of Nu’man, Nate’, al-Musawara, al-Sawma’ah, and Mukayris from the control of the Saudi-led forces and the al-Qaeda and ISIS terrorist groups .

Marib and Shabwah:
Following the developments in the central axis of Yemen, Ansar Allah carried out pre-operations called “Al-Nasr Al-Mubin” in three stages to launch the final operation called “Rabi’ al-Nasr“. Operation Rabi’ al-Nasr led to the liberation of 3,200 square kilometers of land in Shabwah and Marib provinces, including the districts of Usaylan, Beyhan and Ain in Shabwah province, and the al-Abdiyah, Harib districts and parts of the al-Jubah and Jabal Murad districts in Marib province.

Clashes continue on other fronts in Al-Jawf, Saadah, al-Hudaydah, etc. provinces, but there has been no change in the lines of conflict on these axes.